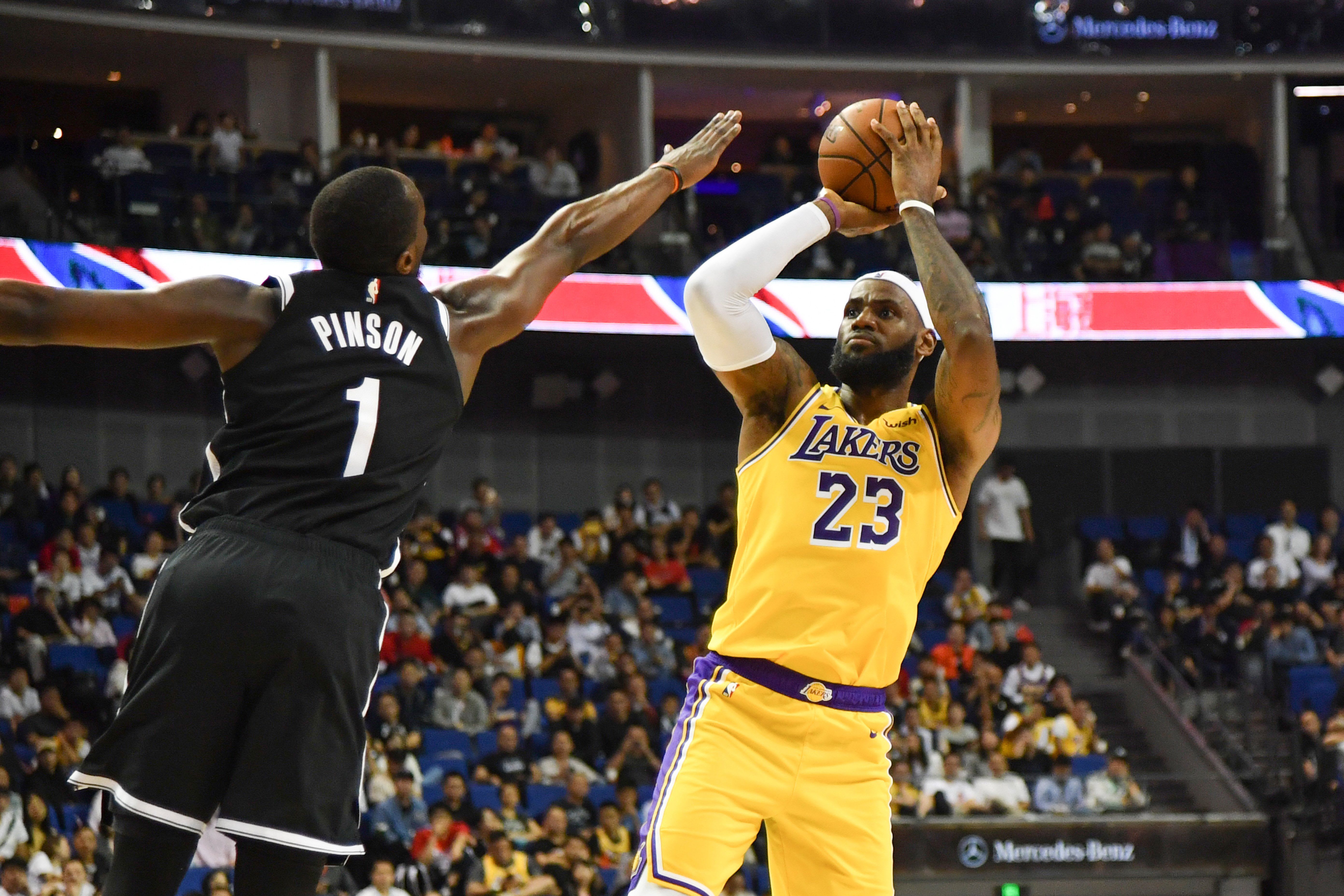 Like many Americans, the television industry is putting survival over all else during the coronavirus quarantines.

The pay-TV world ebbs and flows in a constant frenemy status. When a consumer cuts the cord on cable, everyone in the pay-TV ecosystem loses: the distributors (Comcast, AT&T, Charter, Dish), the network owners (Disney, Comcast’s NBCUniversal, AT&T’s WarnerMedia, ViacomCBS) and the owners of broadcast channels (Sinclair, Gray Television, TEGNA, Nexstar). Still, the various parties in the world of TV constantly jockey for leverage, leading to occasional blackouts of networks and public arguments about dastardly cable companies and greedy programmers.

On the surface, coronavirus quarantines may seem like a positive event for the television world, with millions of Americans stuck at home. But if unemployment soars, consumers will look for ways to shed excess spending — and with dozens of free and low-cost streaming applications available as cable replacements, the traditional pay-TV world knows it’s vulnerable to an acceleration in cancellations. Moreover, the Federal Communications Commission has already issued a warning for distributors and owners of local news affiliates with contract renewals coming up: don’t even think about blacking out networks for the next two months.

As the crisis wears on, cable operators and the largest programmers have called temporary truce and set aside a polarizing question for the time being: Refunds on undelivered programming, such as the National Basketball Association and the Olympics.

Distributors agree to pay programmers a certain amount of money based on the shows they promise to deliver. Live sports and the networks dedicated to them — like Disney’s ESPN and Warner’s TNT — are a big reason why many Americans keep paying $80 or $100 per month for TV service.

But this year, distributors — and consumers — paid for something they didn’t receive. What happens next is unclear and likely will hinge on whether or not professional sports seasons are postponed or canceled completely.

“How do they deal with an economy that is maybe 30% shrunk from what they were dealing with last year?” said Neal Pilson founder of consulting firm Pilson Communications, who spent 13 years as the president of CBS Sports. “They might want to get out of having to pay the fees in the contract — at least some of it.”

One bellwether for the impending industry stand-off is March Madness, the National Collegiate Athletic Association’s annual basketball tournament, which was completely canceled. The NCAA’s contract with network providers ViacomCBS and WarnerMedia differs from those of professional sports leagues, according to people familiar with the matter, allowing the programmers to save some of the money they’d initially agreed to pay for the right to broadcast tournament games.

“CBS is not going to pay for this season and have no financial recourse at all,” Pilson said. “The networks are not paying for games that aren’t delivered. They may have a formula where certain monies change hands and eventually they’ll get credit for that.”

That has ramifications up and down the supply chain. The NCAA received less money than normal from its broadcast and cable partners, which means individual colleges will also get less TV money than typical for 2020. Distributors will also pay diminished fees for regional sports networks, such as the SEC network or the Big 10 network, which aired fewer games than contracts specified.

While networks were able to avoid paying full fare for March Madness, the cancellation of major professional sports seasons might be another story.

Most contracts signed with the National Basketball Association and Major League Baseball don’t have clear provisions for media networks to demand refunds on already paid broadcast rights fees, according to familiar with the language of the contracts. While deals do have so-called “force majeure” provisions, or “act of God” clauses that allow for refunds in some cases, pandemics may not be specifically covered.

Even if they are, networks might not enforce them given the long-term importance of their relationships with sports leagues. In the past, when strikes have shortened seasons, media payments for broadcast rights haven’t been refunded. Networks can’t afford to be too aggressive with the NFL and MLB, who can make or break media companies by divvying out their rights to competitors.

“Let’s say it’s a one-time only event, obviously you’re not going to pay,” Pilson said. “But what you’re talking when you have a 10- or 15-year agreement, year after year, you work it out in an accommodation of some kind.”

The NFL is on the verge of renewing its TV rights with partners and will soon be followed by the NBA and MLB, whose broadcast rights are up in 2022. While the NFL is likely to stick with its current network partners (ViacomCBS, NBCUniversal, Disney and Fox), the threat of moving certain exclusive rights to large technology companies like Apple, Google or Amazon may keep media networks at bay.

None of the big media networks that carry most professional sports, including CBS, ESPN and NBC, have demanded refunds or threatened to withhold payment for games yet, according to people familiar with the matter.

Media companies without long-term relationships could be more aggressive about not paying. Sports streaming service DAZN has informed leagues that it will not pay rights fees for any games that have been suspended due to the pandemic, Sports Business Journal reported Tuesday.

The Olympics, which have been postponed from this summer to the summer of 2021, pose another problem: How will distributors and affiliates that have renewal contracts with NBCUniversal avoid effectively double-paying?

A pedestrian wearing mask walking past the Olympic rings in Tokyo, Japan. Japanese Prime Minister Shinzo Abe announced on Tuesday that Japan and the International Olympic Committee (IOC) have agreed to postpone the Tokyo Olympic and Paralympic Games by one year.

NBCUniversal has already signed its 2020 deals with local stations and pay-TV distributors which assumed the Olympics would air on the company’s broadcast and cable networks. For deals that are up between now and the summer of 2021, NBCUniversal could conceivably force partners to pay again for the Games — extremely valuable programming which will now begin on July 23, 2021.

But given the long-term relationships of media companies — and possibly the altered value of a once-postponed Olympics which isn’t certain to look the same as past games — NBCUniversal will probably reach accommodations with its various partners to avoid potential lawsuits, according to people familiar with the matter. NBCUniversal will also not want to lose out on advertising revenue associated with the Games after postponing a year. A source close to NBCUniversal said “all options are being discussed” and no decisions have been made.

Some media executives also worry that politicians may publicly push cable companies and networks to offer a nationwide refund on pay-TV bills, where a large part of the cost comes from sports that will no longer be delivered.

Former Minnesota Senator Al Franken often championed anti-cable causes. A successful campaign to demand partial refunds for sports networks could cost media companies hundreds of millions of dollars, given there are more than 80 million U.S. households and all-sports networks easily make up more than $20 per month of a standard cable bill and closer to $30 for major cities like New York. Add in the diversified broadcast networks and cable networks such as TNT and TBS that also carry sports, and those numbers jump another $10 or $12 per month, said Rich Greenfield, an analyst at LightShed Partners.

That’s another reason why the cable world is content to focus on consumer happiness instead of fighting for clawbacks. Twenty-first Century Fox is giving away Fox News for free during the pandemic, the company announced last month. ESPN has pushed its Michael Jordan documentary from June release to April to fill the absence of live games.

But short-term appeasements may only go so far.

“The real glue of the cable bundle is live sports, and without live sports, the value proposition begins to fall apart,” said Craig Moffett, an analyst at MoffettNathanson.

Disclosure: Comcast owns NBCUniversal, which is the parent company of CNBC. 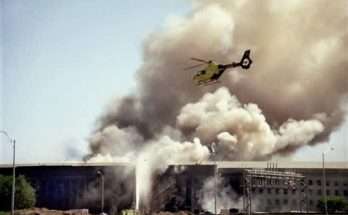 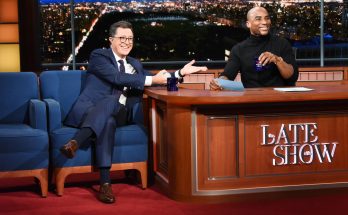 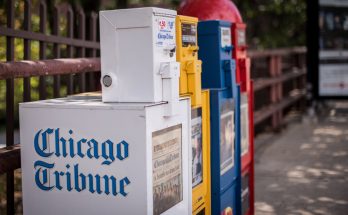