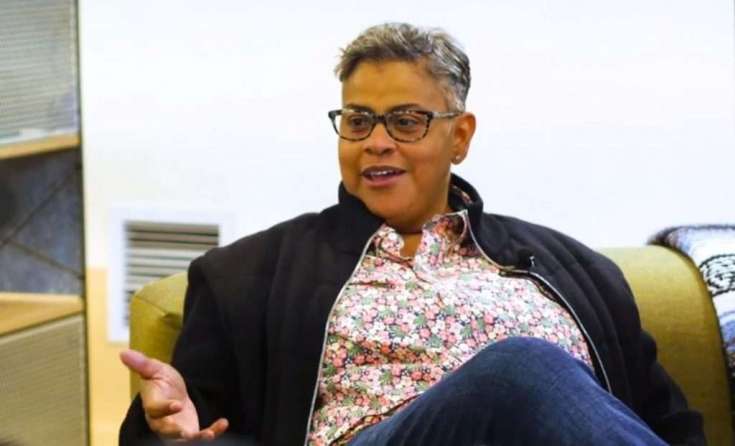 Melissa Bradley’s mission to help women and people of color build their businesses stems from the hardships she faced as a young entrepreneur.

The 52-year-old, co-founder of the mentorship tech platform Ureeka and a Georgetown University professor, started her first company shortly after she graduated from college 30 years ago. The business’ mission was to provide financial literacy services to parents.

Bradley says that when she went to a government agency for a loan, she was told she had three strikes against her: She was Black, she was a woman and the person said she didn’t know any successful Black women in finance.

Bradley, who recently participated in the Ewing Marion Kauffman Foundation and CNBC + Acorns Invest in You’s “Rebuilding Better: A Virtual Town Hall for America’s Small & New Business Owners,” still managed to get her company off the ground. “I bootstrapped,” she recalled. “I kept my day job.”

She ultimately pivoted the business to provide billing and maintaining products and services for other financial advisors and, after a couple of years, sold the company.

“I was tired of the sexism and racism I was experiencing,” she said.

These days, Bradley is trying to bridge the gap between entrepreneurship and equity.

“All of these experiences made me realize that this is even harder for women and people of color because the market is not in our favor,” she said.

“It became super-important for me, even after I became an angel investor, to help people pave their way forward and really tackle the obstacles that are going to come their way.”

To that end, she co-founded 1863 Ventures, which accelerates what she calls “new majority” entrepreneurs — women and people of color — from high growth potential to high growth. These days her focus is more on the latter because they are starting and maintaining their businesses faster and longer than their White peers, Bradley said.

While three decades have passed since Bradley first encountered sexism, racism and what she calls the lack of understanding about entrepreneurs’ risk tolerance, women and people of color are still facing barriers.

For one, they face pattern recognition bias, she said.

“The perception is that people in Silicon Valley are White males with hoodies,” Bradley explained. “That’s huge, because you have to overcome people’s assumptions.”

More than a third of female entrepreneurs have faced it when raising capital, according to research by HSBC Private Banking.

“They believe we are not as competent, that we can’t work as hard or as fast,” said Bradley. “They think they’ll have babies.

More from Invest in You:
Tips for small-business owners trying to survive the coronavirus pandemic
Beauty Bobbi Brown’s advice for business owners
How these small businesses are navigating the pandemic

“They think they are emotional,” she added. “All the things that have held us back.”

Women-led startups raised only 2.2% of all venture capital funding in 2017, according to the Kauffman Foundation’s Capital Access Lab. Men, on the other hand, were 60% more likely to get funding than women pitching the same business, it found.

Black entrepreneurs, meanwhile, are facing the presumption that because they don’t have wealth, they don’t know how to create wealth, she said. There is also the perception of Black people’s inferiority, as well as education gaps, she added.

“It is the ultimate culmination of all kinds of biases, riddled with structural barriers, that are keeping us back and hindering our process,” Bradley said.

“Those things, before you even walk into the room, already squash the conversation.”

Black entrepreneurs also aren’t getting into what are called accelerator programs, which help startups get off the ground, because they can’t afford them, Bradley said. That means they miss out on mentorship and $75,000 to $100,000 of free ad credits as a result, she said.

How to jump start your business

For women and people of color to grow their business, there are three key things to focus on, according to Bradley.

First, do your homework — not just on your customers, but on the ecosystem you will see yourself in so that you are not blindsided.

“Starting a business is one of the most exhilarating things you can do, but also one of the riskiest,” she said.

“I have become very concerned with this love affair with venture capitalists and the belief that it is the end all, be all,” Bradley said.

People of color are getting venture funding much earlier and at a much lower valuation than their White peers, she said. By the time they get to the third or fourth round of funding, it is not their company anymore but is instead owned by the financers, she said.

“They have pretty much given it away,” Bradley said.

Instead, consider alternatives like crowdfunding, a pitch competition, or revenue- or royalty-based financing, she advised.

Also, remember that you don’t have to have a Harvard degree or wear a hoodie to be successful, Bradley said.

“Entrepreneurship is not an intellectual exercise,” she added. “It is rolling up your sleeves.

“It is the tendency to hang on.”

CHECK OUT: 20 smart ways to make money on the side: Some of these gigs can pay more than $100/hr via Grow with Acorns+CNBC.