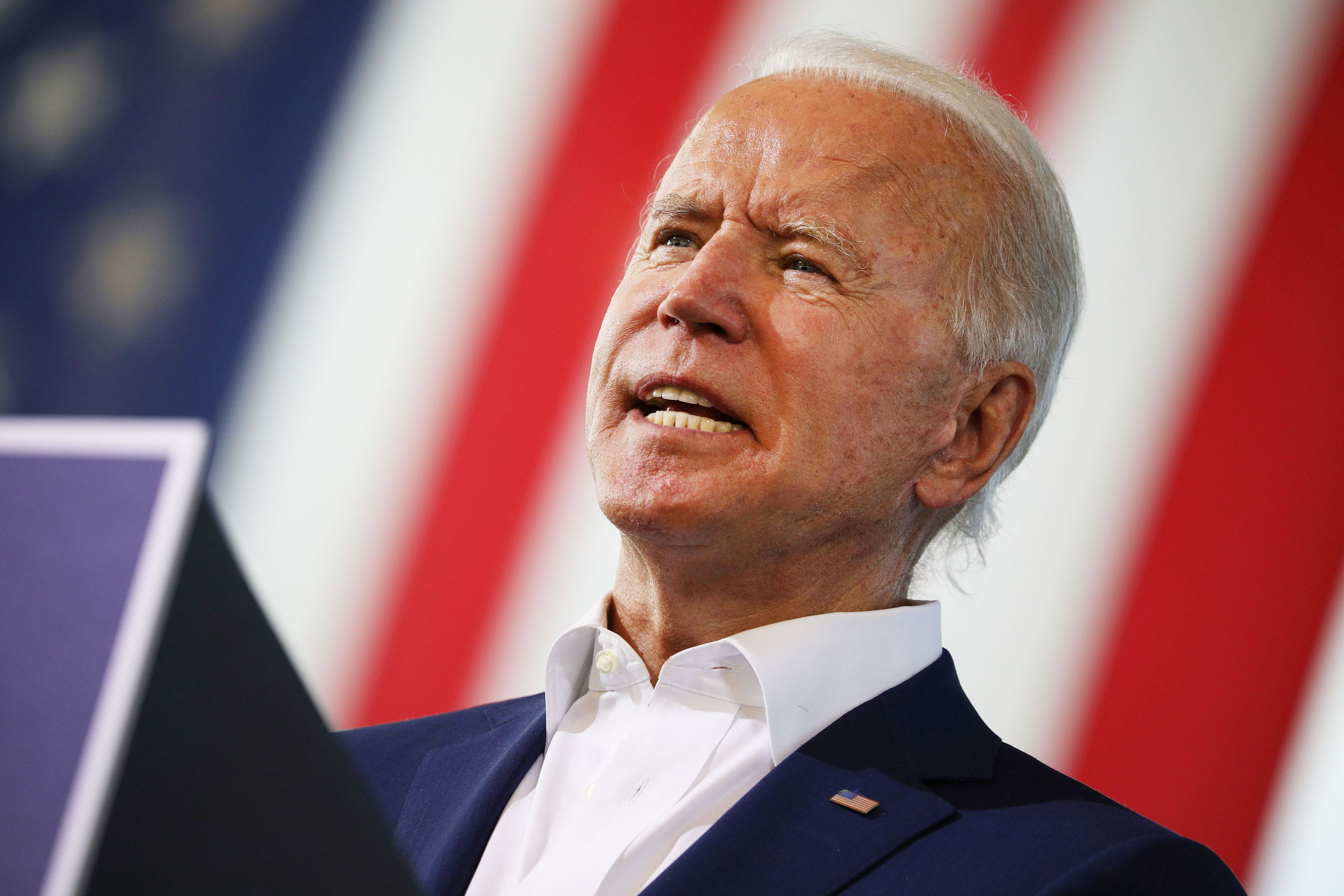 With the presidential election coming, Carolyn Bothwell, a freelance copywriter from Charlestown, Massachusetts, has been hearing from concerned members of the freelancer community she started, Freelance Founders, about what the results may mean for their business.

Some are wondering what Democratic candidate Vice President Joe Biden‘s public support for AB-5, a union-backed California law, aimed at preventing the misclassification of rideshare drivers by giving them the status and protections of full-time employees, means for the future of their businesses. AB-5 had to be modified repeatedly after taking effect on Jan. 1, 2020, because it was putting so many other types of freelancers out of work. “They are really worried about it,” says Bothwell. That’s because Biden — historically a supporter of unions — wants a federal law similar to AB-5 that could place steep restrictions on who can be a freelancer.

With more Americans freelancing than ever before, the future of freelance work is a key concern for some workers as the presidential election approaches. A recent Upwork survey, Freelance Forward 2020, found that 59 million Americans did some form of freelancing in 2019, up 2 million from the year before.

Many freelancers across the nation have been keeping an eye on headlines about AB-5. The law that took effect on Jan. 1, 2020 is an attempt to address inequities in the gig economy including the independent contractor policies of ride-sharing companies such as Lyft and Uber. It assumes that every worker in the state is an employee unless employers can prove otherwise using the rigorous “ABC test” it is based on.

The B-prong of the test says that to be considered a contractor, a worker must perform work that is outside of the usual course of business for the hiring company — making it harder or impossible for many freelancers to work for clients in their own industry. Similar measures have been considered in other states, including New York and New Jersey, so far unsuccessfully.

A California Appeals Court has been hearing arguments this week by lawyers for Uber and Lyft as they try to overturn a lower court ruling that said they had to reclassify their drivers as employees.

In addition to rideshare drivers, AB-5 swept many other types of freelancers into its net, making some employers decide not to hire freelancers from the state and prompting a heated outcry from freelancers in fields that did not get carve-outs that exempted them. The law has now been amended so many times it offers exemptions for more than 100 industries. The fixes are likely to continue, says Steve King, partner in Emergent Research, which studies the independent workforce. “It’s still really confusingly written,” he says.

On Election Day, California residents will now be asked to vote on Proposition 22, a ballot measure that would overturn AB-5, backed by a group of rideshare and gig economy companies that are investing more than $180 million in defeating it. Proposition 22 would deem rideshare drivers to be independent contractors, rather than employees or agents. The ballot initiative would also require app-based rideshare companies to provide a guaranteed minimum wage, a subsidy for health benefits, medical and disability coverage for workplace injuries, and added protection against harassment and discrimination. “It effectively creates a third category of worker,” says King.

Biden has opposed Proposition 22. In a tweet on May 26, the same day he was endorsed by the AFL-CIO, he urged Californians to vote no on this issue.

What concerns freelancers in other states, in the meantime, is that Biden has expressed support for the Protecting the Right to Organize (PRO) Act, tweeting that he would sign it on Sept. 7 and expressing his support in the Biden Plan for Strengthening Worker Organizing, Collective Bargaining and Unions on his campaign website. The PRO Act would use the same three-pronged ABC test as AB-5 to decide who is a freelancer nationwide.

The PRO Act, heavily supported by Democrats, would weaken right-to-work laws in states that let employees opt out of participating in unions and paying union dues. It also gives the National Labor Relations Board the ability to fine companies that retaliate against workers for organizing and give collective bargaining rights to many workers who do not have them now.

Jim Hoffa, the Teamsters general president, noted his support of the legislation in a blog post: “The misclassification of workers is on the rise and too many working Americans are falling through the cracks.”

Some freelancers are so fearful of what would happen if the PRO Act were enacted with the ABC test that this is affecting their choice of candidates. “My vote is 100% on this issue because we are talking about 100% of my income,” says Kim Kavin, a freelancer writer from Long Valley, New Jersey. She co-founded a Facebook group called Fight for Freelancers NJ to oppose a law similar to AB-5 that was proposed in New Jersey but did not make it to a vote. “Especially in the current economic situation we face, I want to keep earning a living.”

More from Small Business Playbook:
Kevin O’Leary: No. 1 mistake that can destroy your business
A snapshot of the $1.2 trillion freelance economy
Amazon says third-party sellers made $3.5 billion on Prime Day

The Biden campaign did not respond to a request for comment on the candidate’s positions on AB-5 and the PRO Act. However, in the plan for strengthening worker organizing on his website, Biden says that if elected, he will “aggressively pursue employers who violate labor laws, participate in wage theft, or cheat on their taxes by intentionally misclassifying employees as independent contractors.”

“As president, Biden will put a stop to employers intentionally misclassifying their employees as independent contractors,” the statement goes on to say. “He will enact legislation that makes worker misclassification a substantive violation of law under all federal labor, employment, and tax laws with additional penalties beyond those imposed for other violations. And, he will build on efforts by the Obama-Biden Administration to drive an aggressive, all-hands-on-deck enforcement effort that will dramatically reduce worker misclassification.

He will direct the U.S. Department of Labor to engage in meaningful, collaborative enforcement partnerships, including with the National Labor Relations Board (NLRB), the Equal Employment Opportunity Commission, the Internal Revenue Service, the Justice Department, and state tax, unemployment insurance, and labor agencies. And, while Trump has weakened enforcement by sabotaging the enforcement agencies and slashing their investigator corps, Biden will fund a dramatic increase in the number of investigators in labor and employment enforcement agencies to facilitate a large anti-misclassification effort.”

The Trump administration has also taken a position on worker classification. The Department of Labor in September proposed a new rule to clarify employee and independent contractor status under the Fair Labor Standards Act. It would adopt an “economic reality” test that looks at whether workers are in business for themselves or are economically dependent on the employer for work. The determination of whether they are in business for themselves would depend on the nature and degree of the workers’ control over the work and the opportunity for profit and loss based on initiative and investment.

The analysis would also look at the amount of skill required for the work, the degree of permanence of the working relationship between the worker and the hiring entity, and whether the work is an “integrated unit of production.”  The 30-day comment period on the rule ends on Oct. 26, 2020.

At the Freelancers Union, executive director Rafael Espinal says there needs to be more education about how freelancers’ livelihood will be affected if the PRO Act moves forward as written. Although the group’s membership leans Democrat, Espinal says many freelancers generally don’t feel represented by either party.

Freelancers Union executive director Rafael Espinal says although its membership leans Democrat, many freelancers generally don’t feel represented by either party. “Those who are aware of the negative impacts of AB-5 in California are extremely concerned about what the next presidency can mean for their industry.”

“Those who are aware of the negative impacts of AB-5 in California are extremely concerned about what the next presidency can mean for their industry,” says Espinal.

The Freelancers Union has been actively reaching out to legislators to make sure they are aware of the potential impact of the PRO Act on its members. On Sept. 10, the Freelancers Union held a town hall with Senate Minority Leader Chuck Schumer (D-NY), where the group raised concerns about the PRO Act. “He committed to working with us and making sure we don’t have the same outcome that came out of California at the federal level,” says Espinal.

“We are doing our best to build lines of communication with legislators that can help us guide the PRO Act and any similar legislation to a point where freelancers are not negatively impacted by it,” says Espinal. “We also are working on creating a space to raise awareness so freelancers’ voices can get heard and legislators can hear how laws like this have been detrimental to the freelance workforce. We hope to get to a point soon in which we are playing a more active role in the conversations around the PRO Act and any similar legislation on the state level.”

With many people losing jobs or forced to find more flexible work arrangements by the demands of the pandemic, the issue of worker classification is likely to increase in importance in the next few years.

“I expect the number of freelancers to grow after pandemic, given previous trends,” says Espinal. “After 2008, there was a huge increase in the number of people who decided to go freelance.” And for many, whatever laws are on the books about how they are classified will determine how easy, or difficult, it is to earn a living independently.