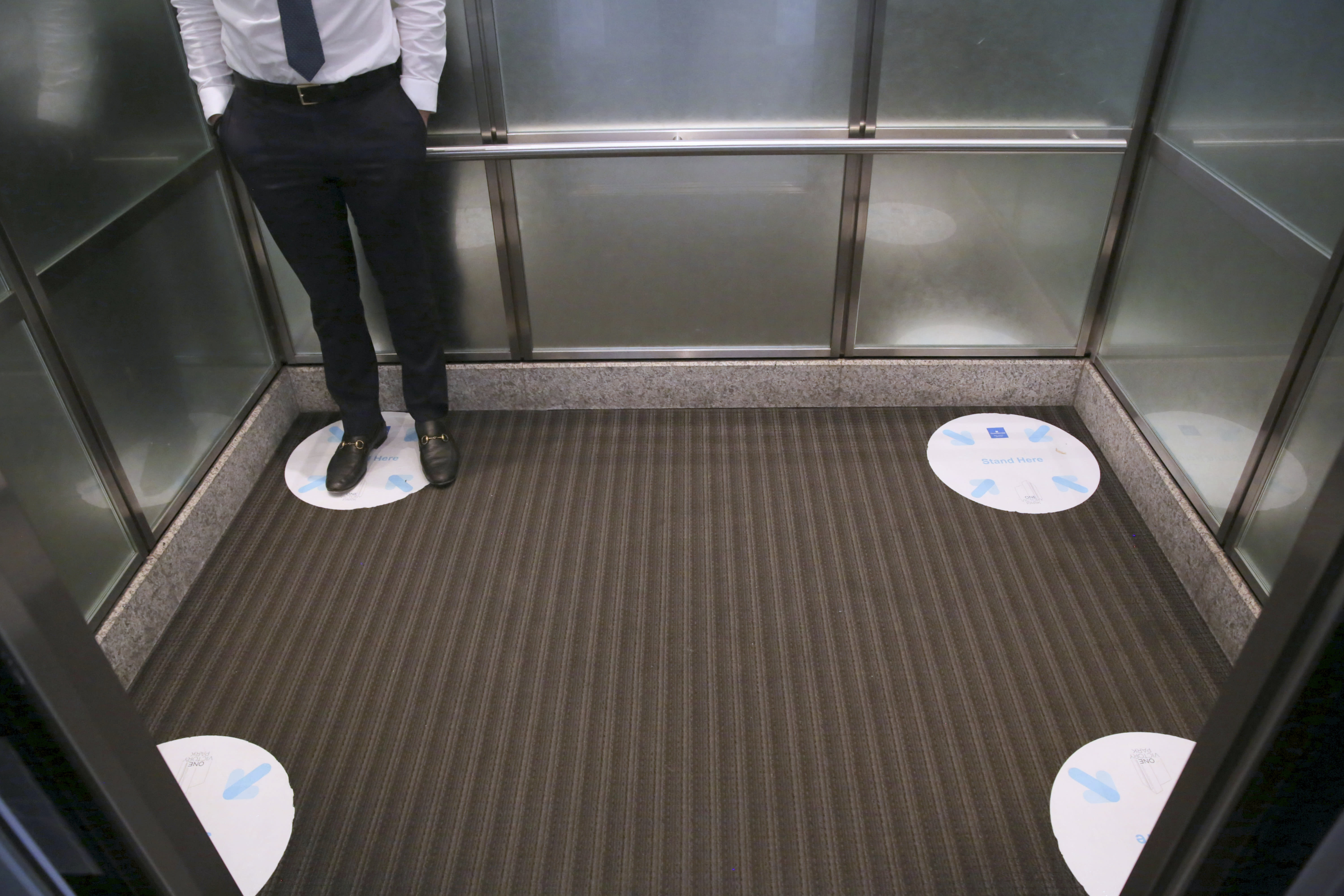 An employee stands on a social distancing marker in an elevator at an office in Dallas, Texas.

That’s good news for workers and the U.S. economy — thousands of people are returning to work and coming off unemployment rolls.

But the headline numbers don’t give the full picture. Some labor-market dynamics mask concerning trends under the surface.

“It’s absolutely true the job market and economy are strengthening,” said Heidi Shierholz, director of policy at think tank the Economic Policy Institute and former chief economist at the Labor Department during the Obama administration.

“But these numbers represent an enormous amount of suffering,” she added. “The levels are devastating.”

That’s because the figures for state unemployment insurance don’t capture the workers who shift onto different benefit programs for the longer-term unemployed. Those ranks are increasing as the weeks drag on.

One such program, Pandemic Emergency Unemployment Compensation, saw its ranks swell by about 510,000 to 3.3 million people during the week ended Oct. 3, according to the Labor Department.

This program, created by the CARES Act financial relief law enacted in March, gave workers an extra 13 weeks of benefits on top of the traditional six months that states typically offer. The typical worker laid off in March would have started shifting onto this program in September (and even earlier in some states).

Workers must apply for these extra benefits, however, according to Andrew Stettner, a senior fellow at the Century Foundation and an unemployment expert. There are many workers who have run out of their allotted state unemployment insurance but are experiencing delays of as long as a month to collect PEUC, he said.

“Some of the decline in continuing claims isn’t because people found jobs,” said Shierholz at the Economic Policy Institute. “It’s because they’re not getting on to PEUC.”

The PEUC figures are likely an undercount for other reasons, Stettner added.

Florida, for example, doesn’t report its numbers for this program to the Labor Department. But the state has reported elsewhere that about 600,000 people have received PEUC benefits in Florida during the pandemic, Stettner said.

A similar program, Extended Benefits, generally offers an additional 13 to 20 weeks of benefits in states with high unemployment. Those ranks swelled by about 90,000 people, to 445,000, in the week ended Oct. 3.

Other workers likely dropped out of the labor force altogether, further reducing the number of benefit recipients.

For example, in normal times, workers must actively be seeking a job in order to be eligible for unemployment benefits. Many states suspended those requirements due to the pandemic.

About a dozen states have reintroduced work-search requirements in recent weeks — meaning people who don’t look for work in those states, perhaps due to childcare responsibilities or high-risk adults who fear getting infected with Covid-19 at the workplace, would no longer be eligible for benefits.

Overall, just about half the week-over-week reduction in the total number of unemployment recipients is likely attributable to a return to work, according to Stettner.

Roughly 23 million Americans are collecting some form of unemployment benefits.

Almost 757,000 workers filed an initial claim for unemployment benefits last week — a decline of about 9%, or 73,000, from the prior week, according to the Labor Department. (Think of an initial claim like a new application for benefits.)

However, that total is four times the level of initial claims filed during the same week in 2019.

That headline figure also omits self-employed, gig, freelance and other workers who applied for benefits through the federal Pandemic Unemployment Assistance program. About 345,000 people filed for PUA benefits last week, according to the Labor Department.

Together, about 1.1 million people filed for benefits last week.

The number of initial claims has been volatile, according to Stettner. It wouldn’t be surprising to see to increase again in coming weeks instead of declining further, he said.