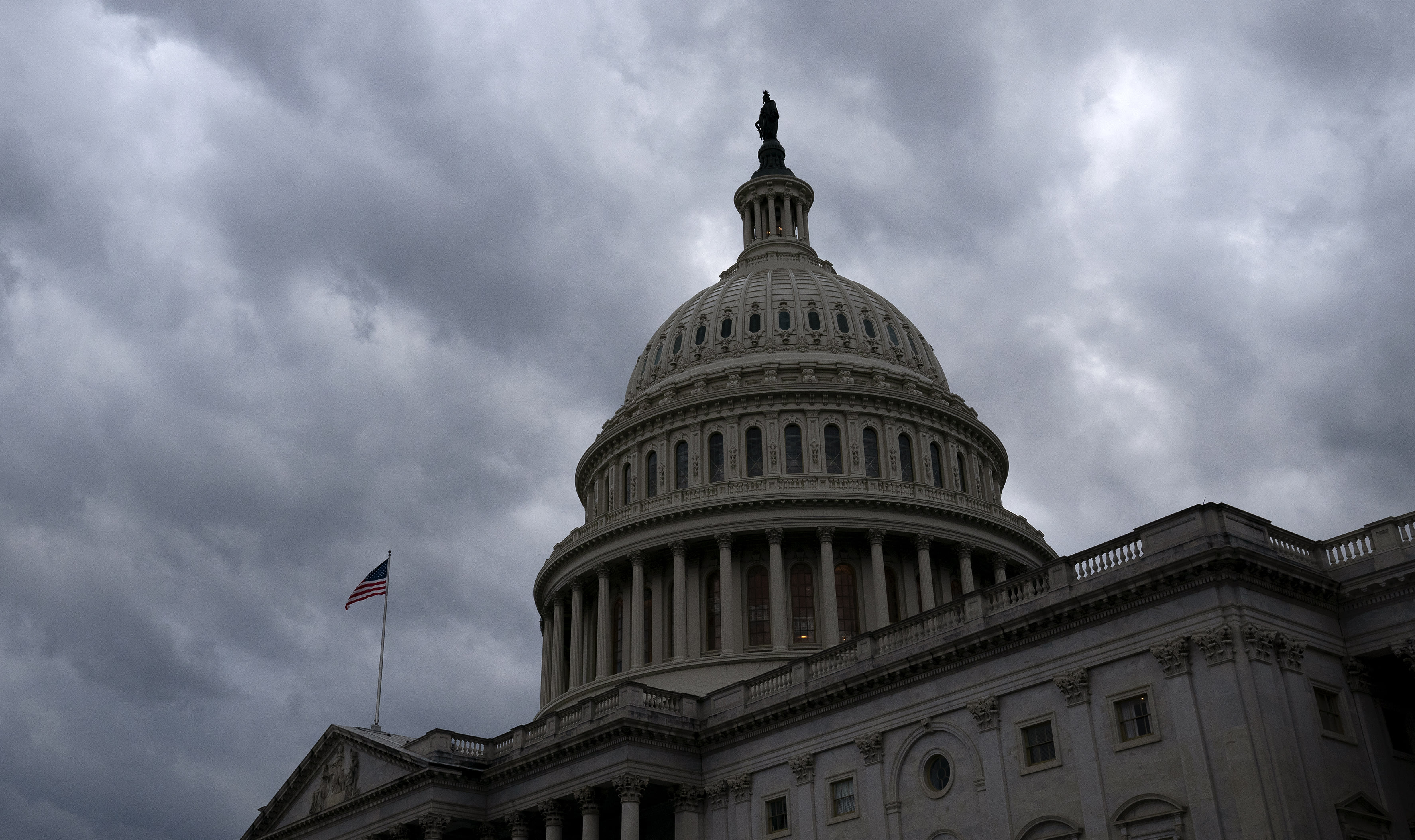 The U.S. Capitol stands in Washington, D.C., U.S. on Thursday, Oct. 1, 2020. Talks Thursday between Speaker Nancy Pelosi and Treasury Secretary Steven Mnuchin brought no immediate breakthrough on a deal for a new pandemic relief package, while the House prepared to vote on a Democrat-only plan.

Time is running out for millions of small business owners on Main Street. It’s not just another round of cash that they need from Washington to avoid contagion. They need clarity on how to receive forgiveness on the $525 billion in Paycheck Protection Program (PPP) loans they received under the CARES Act. They also need to know the tax consequences that await them if they apply for loan forgiveness by year-end.

The prospects for any federal relief remain murky. House Speaker Nancy Pelosi and Treasury Secretary Steven Mnuchin continue to work to resolve differences over coronavirus stimulus 13 days ahead of the U.S. presidential election. In the meantime, the small business sector is in the crosshairs of political gamesmanship.

Guidance from the Treasury Department and the Small Business Administration on this critical issue has not come yet. The SBA opened its forgiveness portal for its PPP loans in August. Loans are forgivable if borrowers devote at least 60% of the proceeds to payroll costs. Even if a business fell short of the threshold, partial forgiveness may be an option.

One sticky point is whether PPP loans will be taxed as ordinary business income, or if they will be deductible as an expense. To date, 5.5 million small business owners received PPP funding.

The SBA did not respond to a request for comment by press time.

“This is the biggest challenge facing the small business community today and policymakers are so busy fighting with each other they are not addressing the consequences of PPP loan forgiveness and all its implications,” says Rohit Arora, CEO of Biz2Credit, an online marketplace for small business loans that in August teamed up with the American Institute of Certified Public Accountants and launched a free loan forgiveness tool. To date, 40,000 companies have applied for a package and 12,000 filed for loan forgiveness.

“The bottom line,” says Arora, “is that if this is not done properly it could put more businesses on Main Street out of business. The government only gives you one chance to apply for forgiveness. My advice is don’t rush into it and be very thorough. Work with your CPA and all your financial advisors.”

According to experts like Erik Asgeirsson, president and CEO of CPA.com, final Treasury and SBA FAQs on PPP forgiveness are expected soon, so many accountants, bankers and small business owners are waiting for the final guidance.

“We think it is very likely there will be some form of legislative action on this,” Asgeirsson said. “The hope is there will be blanket forgiveness on loans under $150,000. But Washington needs to come up with the rules before the end of this tax year, we cannot wait until 2021.”

As Arora points out, “this is not a TARP federal program and should not be treated as such. What happened to the millions of business owners on Main Street earlier this year due to the coronavirus pandemic and economic shutdown was not their fault.”

In contrast, the $700 billion Troubled Asset Relief Program (TARP) was launched by the U.S. Treasury to stabilize the country’s banks in the wake of the 2008 financial crisis due to subprime mortgage lending.

In the meantime, Asgeirsson says, “accountants, CPAs and bankers are trying to advise clients what to do and everyone is scrambling.” As he explains, so many business owners are in a financial bind and want to avoid problems with the IRS next year. It would be a double-whammy that could force them to close shop.

The hope is there will be blanket forgiveness on loans under $150,000. But Washington needs to come up with the rules before the end of this tax year, we cannot wait until 2021.

Michael Lamela, a CPA in Scotch Plains, New Jersey, has not filed applications for PPP loan forgiveness for any of his clients. “I believe it is better to wait on the sidelines until the dust settles.”

“Many banks are not equipped to handle the volume of filings on this and before they invest in technology infrastructure, they want final legislation that maps out all the tax and legal guidelines.”

Sean Flannery, a coronavirus survivor and the co-owner of Sheelen’s Crossing, an Irish pub and bistro in Fanwood, New Jersey, that employees between 15 to 24 employees during various times of the year, has not yet applied for forgiveness on a PPP loan that was over $50,000 that he received in June. “Without this aid we would not have made it though. We would have had to shut down and furlough all of our employees. We are waiting for the government to supply documentation for full forgiveness on the loan.”

In the meantime, he has maintained documents that show how the funding was spent on payroll and other expenses and he has kept formal books and records so he is prepared when final guidance comes.

Many senators and members of Congress recognize this is a problem and have introduced legislation to address it. The Paycheck Protection Small Business Forgiveness Act introduced by North Dakota Republican Senator Kevin Cramer, a Senate Banking Committee member, is being co-sponsored by 30 senators and is endorsed by over 200 trade groups, lending associations and the National Federation of Independent Business.

For business owners that borrowed $50,000 or less, the SBA has rolled out a one-page application for these smaller loans. It pledges the entire process takes 15 minutes to fill out in order to get the 1% loans waived. Yet The EZ form, which allows businesses that meet certain qualifications to apply via a simplified process, is not as easy as advertised, many bankers report. It still requires the completion of some complicated calculations.

According to the Consumer Bankers Association, banks estimate that as many as 80% of forgiveness applications that have been submitted by small businesses are requiring additional follow-ups to reconcile errors or find missing information.