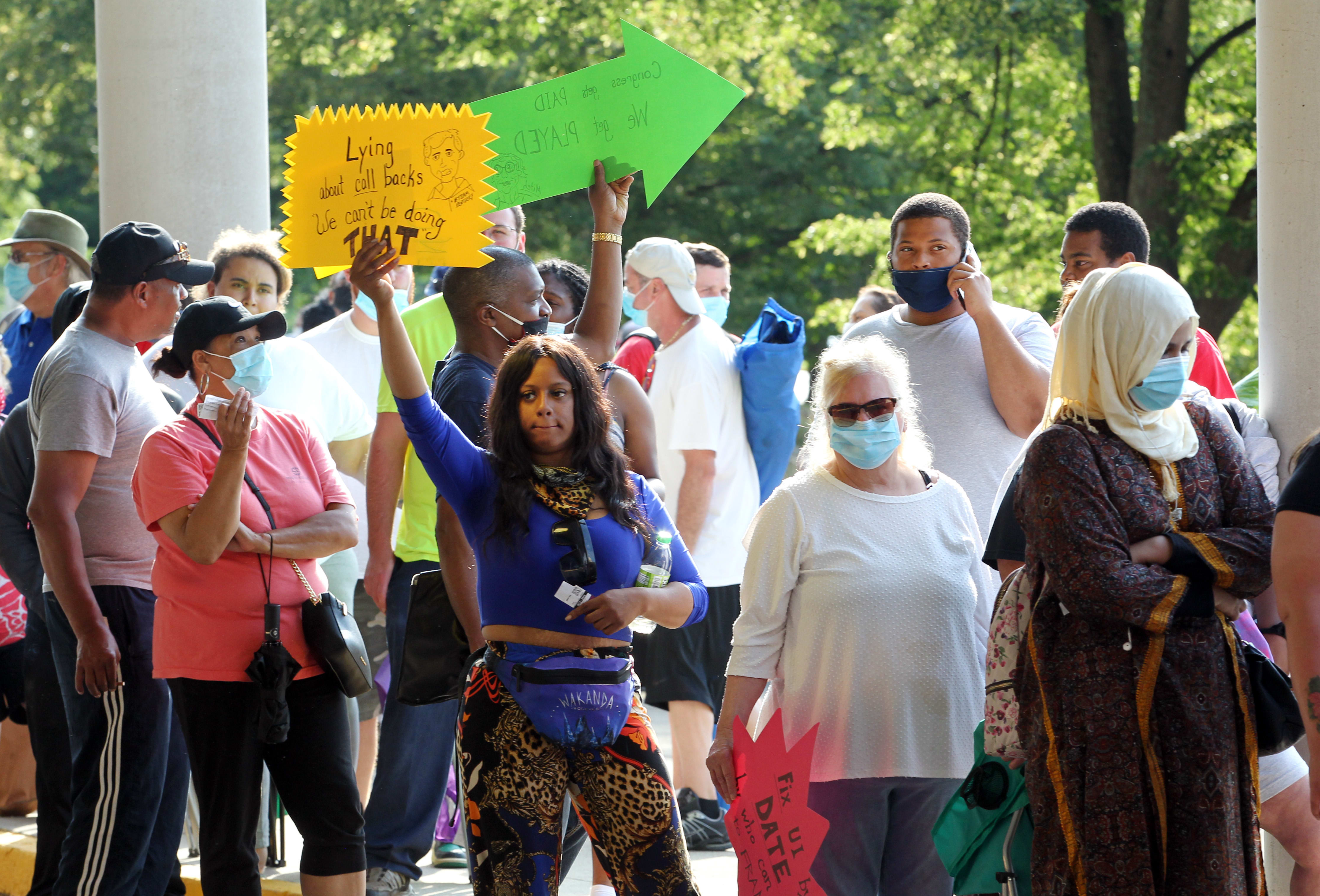 The number of first-time unemployment-benefits filers fell to the lowest level in the pandemic, declining for a second straight week, the Labor Department reported Thursday.

Initial weekly U.S. jobless claims came in at 751,000 for the week ending Oct. 24, down 40,000 from the previous week. Economists polled by Dow Jones expected initial jobless claims to come in at 778,000. It was the lowest initial claims total since the week of March 14, when they came in at 282,000. Economists polled by Dow Jones expected 778,000 new claims for last week.

But with Covid-19 infections rising sharply again, economists voiced concern about the jobs market and economy.

“We had expected that the steep decline we saw in claims last week would be too big to repeat, but downside momentum in claims remains intact,” Jefferies economist Thomas Simons said in a note. “The question going forward is going to be whether a surge in COVID cases and renewed measures aimed at containing the virus will lead to another spike in claims in the coming weeks.”

Thursday’s data brought the four-week moving average for initial claims down to 787,750 from 812,250, the Labor Department said. Continuing jobless claims, which include those receiving unemployment benefits for at least two straight weeks, dropped by 709,000 to 7.75 million for during the week of Oct. 17. Data on continuing jobless claims is delayed by one week.

With coronavirus infections rising across the U.S., some parts of the country could reinstate stricter social distancing measures. On Wednesday alone, more than 80,000 new infections were reported in the U.S., according to an NBC tally.