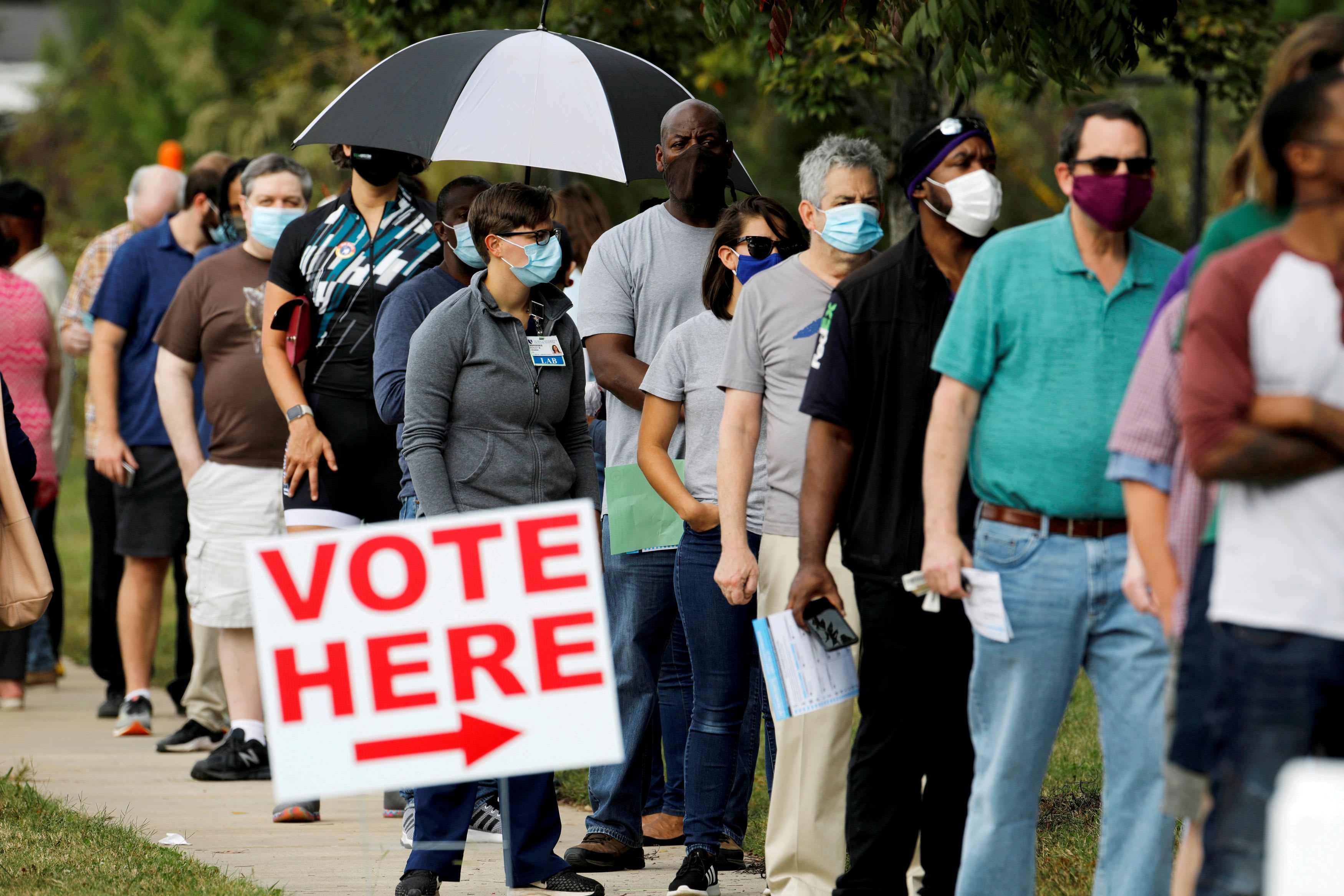 Voters wait in line to enter a polling place and cast their ballots on the first day of the state’s in-person early voting for the general elections in Durham, North Carolina, U.S. October 15, 2020.

For many, the October adjournment makes any prospect for virus-related aid virtually impossible until after the presidential election next Tuesday.

“A lot of my friends have already gone out of business around the country,” said Bryony Rebouf, a small business owner in Boone, North Carolina. “And we could have a whole different conversation about how many people I have to kick out of my shop who won’t wear masks … but that damage is constant; It’s regular.”

Rebouf is the owner of Bluebird Exchange — a children’s consignment shop in North Carolina that had only six part-time employees at the start of the pandemic and has since built their employee count back. She applied for a local grant when shutdowns began to take effect in March, but later applied for a Small Business Administration (SBA) loan, and then a Paycheck Protection Program (PPP) loan, the latter of three from which she received $12,500.

The Paycheck Protection Program, created by the CARES Act, a $2.2 trillion relief measure enacted in March, offered low-interest loans of up to $10 million to small businesses. In all, 4.9 million PPP loans were approved, accounting for $525 billion in funding, according to the SBA.

The carnage on Main Street is expected to spur a strong turnout for voting next Tuesday as small business owners cast their ballot for the candidate they think will best champion their interests, small business experts agree. And they are a force to be reckoned with considering there are over 30 million small businesses in the U.S. and drive 44% of all economic activity, according to the SBA Office of Advocacy.

Entrepreneurs do vote in large numbers — 95% of small-business owners vote regularly in national contests, according to the National Small Business Association — and the demographic does skew conservative. Forty percent of small-business owners identify as Republican, versus 29% identifying as Democrats, and another 25% who say they are independent. An increasing portion of business owners indicate that they are voting on a more polarized basis due to such issues as taxes, stimulus and trade policy and social justice.

“I do think there are more variables this election than in recent elections,” Kevin Kuhlman, vice president of federal government relations at the National Federation of Independent Businesses, recently told CNBC. “The policy differences are stark, and we have the pandemic creating uncertainty and need for additional financial assistance. There are many short-term and long-term issues that would factor in, and would make a decision difficult.”

“I believe many small business owners will reassess their future following the results of the election,” says Karen Kerrigan, president and CEO of the Small Business & Entrepreneurship Council. “They have been operating on the edge and many are in a hole or just getting by. If they believe the economic uncertainty, duration of the pandemic, and stalemate on the stimulus will continue to persist, we could see many, many additional businesses shuttered over the coming months.”

Rebouf said she used her loan money to pay rent and payroll for two to three months. She also said that she voted early for former Vice President Joe Biden.

“If there’s a blue wave … I think they’ll take care of people financially, so that they can stay home and do what’s safe,” she said. “If things stayed the way they are with Democrats having control of the House, Republicans having control of the Senate, and President Trump gaining re-election … I think the House would let them pass whatever just to have anything, because there’s nothing to hold out for.”

In North Carolina, Trump is currently benefiting from a big GOP outside-spending push, giving him a greater advantage in the state. Biden spent $3.8 million last week compared to Trump’s $2.6 million, according to NBC News; That amounted to a weekly increase for both campaigns.

For months, both Republicans and Democrats have failed to approve new aid money despite a climbing infection count and signs of a slowing economic recovery. The U.S. reported 73,240 new cases on Tuesday, bringing the seven-day average of new cases up to about 71,832, a fresh record and an increase of more than 20% compared with a week ago, according to a CNBC analysis of data collected by Johns Hopkins University.

Three dozen states reported that the average number of people currently hospitalized with Covid-19 rose by at least 5% over the past week, according to data from the Covid Tracking Project, which tracks testing, hospitalization and other data on the outbreak. Cases are up by at least that amount in 45 states, according to Johns Hopkins data.

Amid all of this, a record number of voters have already cast their ballots, largely due to pandemic-related health concerns resulting in an unprecedented demand for mail-in and in-person early voting.

In fact, early voting in 2020 has now surpassed the 58 million mail-in or in-person early votes cast in 2016, based on Associated Press totals, and reached over 50% of the more than 136 million total ballots cast in the 2016 presidential election. Additionally, as deadlines for absentee ballots close in, over 30 million requested mail ballots have not been returned, including over 11 million from registered Democrats, the U.S. Election Project reports.

As a result, election credibility concerns have been floating around for months. While a few thousand votes are unlikely to swing a presidential race, it is certainly not unheard of: Donald Trump won Michigan by just over 10,000 votes in 2016, while Hillary Clinton won New Hampshire by just 2,736. Florida’s electoral fate was infamously decided by just 537 votes in 2000.

Swing states in the 2020 election

This time around, North Carolina, Ohio and Florida may be the swing states that determine the winner of the presidential election. How small business voters cast their ballots could be a key deciding factor.

“When you talk to the Trump campaign, there’s no path to 270 without all three of those states,” NBC News’ Chuck Todd told CNBC’s Tyler Mathisen at last week’s CNBC Financial Advisor Summit. “They’ve got paths without Arizona. They’ve got paths without Wisconsin, Pennsylvania and Michigan — believe it or not. Where they do not have a path is without any of those three states [Florida, North Carolina and Ohio] I mentioned.”

For Mark Schafer, a small business owner in Ohio, and a lifelong Republican, the lack of additional aid will not change how he plans to vote, in person, on Tuesday. Schafer is the second-generation owner of Clipper Barber Shop in Sylvania, Ohio, which has been in business since 1972.

At the outset of the pandemic, Schafer said he applied for everything he could qualify for, and ultimately got an SBA loan as part of expanded unemployment benefits. He said that aid subsidized a portion of his household income for nine weeks from the time that Ohio Governor Mike DeWine put stay-at-home restrictions into effect on March 22.

“I have not voted yet, but it [stimulus] will not change how I vote on a national stage or a local stage,” Schafer said. In fact, “I can’t come up with a person I know, that has changed their opinion, yay or nay, because of Covid and any stimulus,” he added.

“I got no response from PPP,” Schafer said. But “regardless of whatever’s already happened and whatever’s going to happen … [stimulus] has not affected the way they [small business owners] are going to vote” in Ohio.

“Voters understand that the vibrancy and economic health of their communities is tied to their local businesses,” Kerrigan said. “This heightened awareness as a result of Covid-19 has put the need for a stimulus and a relief package on the front burner. There is general frustration with the stalemate, which is unacceptable.”

But according to Schafer, “anything to come at this point is really just icing on the cake,” he said. And in battleground Florida, that view is shared by one small business owner in Belleair, who asked to remain anonymous, but said that she was leaning toward supporting Trump at the outset of the election cycle, and is now undecided going into Tuesday, citing Trump’s “sense of non-urgency” as it relates to the pandemic and stimulus needs.

“I don’t get a feeling of anger or disparity,” she said of attitudes toward the ongoing stimulus negotiations. “Would they [small business owners] want it and would it help them out? Every little bit counts. I think that’s the attitude, at least among people I know,” she added, echoing Schafer.

As a local realtor who has lived in the state for more than 20 years, she said she did not originally need, nor apply, for PPP aid due to an “influx” of people moving to the area at the time. “My guess, based on the feeling and temperature of small business owners here where I live, is Biden,” who stands to benefit from those who haven’t yet voted in the state.

“These are not the center of the battleground,” NBC’s Todd said. “These are arguably right-leaning states when all things are equal. So, if Biden’s winning those states it tells you where the numbers are likely going to be in a Pennsylvania, in a Wisconsin, or an Arizona.”

Of course, any one person in those states does not reflect the states as a whole, nor will they determine the outcome of the election.

And ultimately, about half of business owners anticipate needing additional financial help in the next 12 months.

“Unfortunately the post-election period may be fraught with additional uncertainty given there is no guarantee the Democrat leadership will negotiate and work with President Trump no matter who wins the White House. That is, if we even know the winner after election day,” Kerrigan said. “What’s at stake is small business survival, and business owners crave certainty, relief and a lifeline of capital to help them weather what will be tough months ahead.” 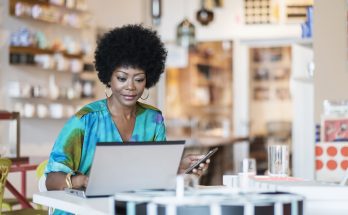 Self-employed and gig workers can now apply for PPP loans under new rules. Here’s what you need to know 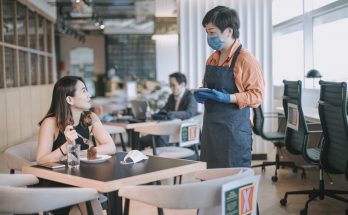 New rules for self-employed and gig workers applying for PPP loans are out. Here’s what you need to know 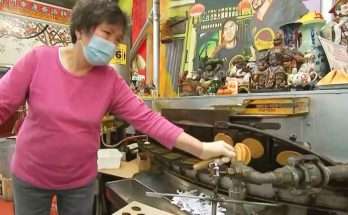