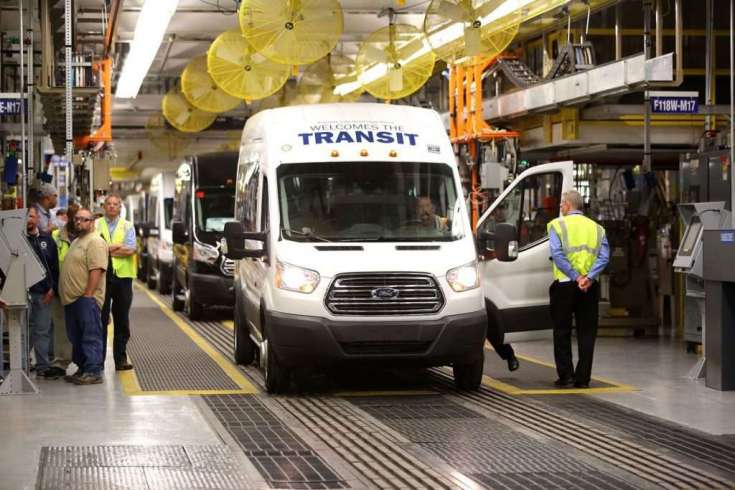 The first production Ford Transit commercial van waits on the assembly line to be unveiled at the Ford Kansas City Assembly Plant April 30, 2014, in Claycomo, Missouri.

Ford Motor plans to invest $100 million in a plant in Missouri to produce an all-electric version of its Transit van, which the company is scheduled to unveil Thursday.

The investment is part of Ford’s more than $11.5 billion in spending on electric vehicles through 2022, including $3.2 billion set aside for several new all-electric vehicles such as the Transit van and an EV version of the F-150 pickup.

“We’re taking our most iconic vehicles and using fully electric technology to deliver even more performance, productivity and capability for customers,” Kumar Galhotra, Ford president, Americas and international markets group, said in a statement. “We are building out the North American manufacturing footprint to support this growth. This is just the first chapter with more new electric vehicles and more investment to come.”

The electric van will go on sale in late 2021, followed by the all-electric F-150 pickup by mid-2022. A new electric crossover called the Ford Mustang Mach-E is expected to go on sale next month.

The Transit EV will be produced at Ford’s Kansas City Assembly Plant, where it will add 150 jobs for production of the van. The Mustang Mach-E is being assembled at a plant in Cuautitlan, Mexico. The electric F-150 will be produced at the company’s new Rouge Electric Vehicle Center in Dearborn, Michigan.

Ford also said Tuesday it would increase production of the all-electric F-150 by 50%, but it declined to disclose specific production announcements.

The company also is investing $1.35 billion to transform its Oakville Assembly Complex in Ontario starting in 2024 to include next-generation battery-electric vehicles.