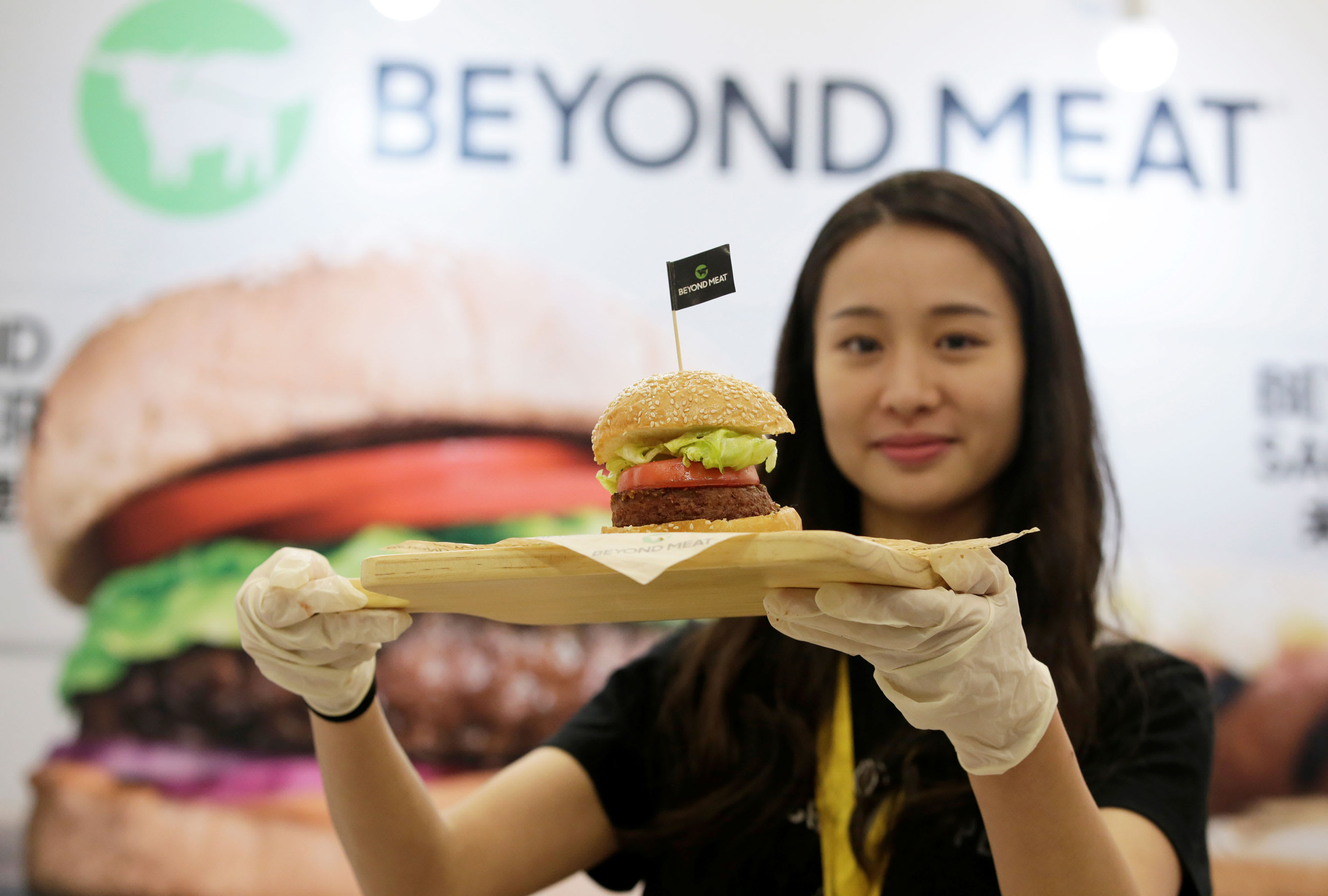 DR Horton – The homebuilder reported quarterly profit of $2.24 per share, beating the consensus estimate of $1.76, with revenue also above forecasts on an increase in closed sales and net orders. DR Horton also raised its dividend and issued an upbeat 2021 outlook. The shares rose 3% in premarket trading as of 7:29 a.m. ET.

Advance Auto Parts – The auto parts retailer beat estimates by 15 cents with adjusted quarterly earnings of $2.81 per share, with revenue beating estimates as well. The results were helped by an ongoing increase in do-it-yourself repairs prompted by the pandemic. The shares lost 2% in premarket trading as of 7:29 a.m. ET.

Hain Celestial – The organic-products maker came in 7 cents ahead of Street forecasts with adjusted quarterly profit of 27 cents per share, with revenue also beating forecasts. Hain is expecting continued profit margin and earnings expansion in fiscal 2021, but is not giving specific financial guidance.

Beyond Meat – Beyond Meat shares are under pressure, after the plant-based burger maker reported an unexpected loss and lower-than-expected sales. Sales growth was the slowest since Beyond Meat’s initial public offering in May 2019. The shares dropped 22% in premarket trading as of 7:29 a.m. ET.

Lowe’s – Lowe’s said it is not in talks to buy industrial products distributor HD Supply, pushing back on a Bloomberg report that said the two sides were in talks. HD Supply shares had surged after Monday’s closing bell following that report.

Novavax – Novavax reported an unexpected loss for its latest quarter, with the drug maker’s revenue also missing analyst forecasts. The shares lost 4% in premarket trading as of 7:29 a.m. ET.

Microsoft – Microsoft unveiled two new Xbox gaming console models, as the pandemic drives a boom in online gaming. The Xbox Series X will sell for $499.99 while the Series S will cost $299.99.

NextEra Energy – The alternative energy producer has offered $15 billion in stock to acquire Kansas City-based utility Evergy, according to people familiar with the matter who spoke to Reuters. NextEra – the world’s biggest solar and wind energy producer – was rebuffed and it is unclear whether it will make a new approach to Evergy.

Norwegian Cruise Line Holding – Norwegian reported a quarterly loss of $2.35 per share, wider than the loss of $2.25 expected by analysts, while revenue was below estimates as well. Norwegian did say that demand for future cruises remains, especially for the second half of 2021. The shares gained 2% in premarket trading as of 7:29 a.m. ET.

Tesla – Tesla will reimburse some Model X and Model S owners to cover issues with a memory device that caused touchscreen blackouts, according to customer letters seen by CNBC. The automaker will also expand its warranty to include that issue.