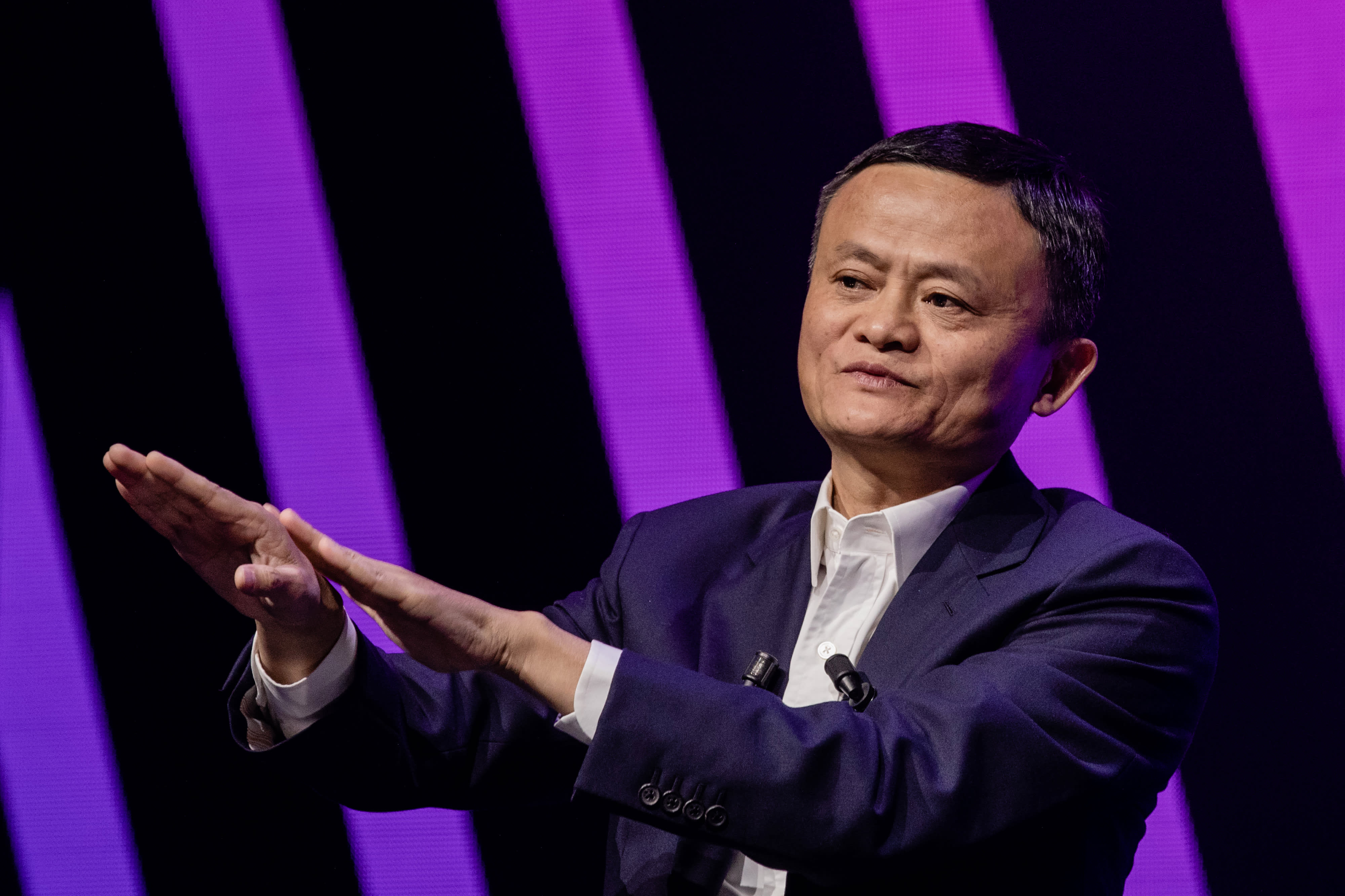 Jack Ma, chairman of Alibaba Group Holding Ltd., speaking during a fireside interview at the Viva Technology conference in Paris, on May 16, 2019.

Alibaba (BABA) – Alibaba shares are under pressure, amid concerns about tighter regulation of big tech firms by the Chinese government.  The decline in Alibaba shares comes despite an upbeat start to the e-commerce giant’s annual “Singles Day” event, with more than $56 billion in orders as of this morning. The stock fell 1.7% in premarket trading as of 7:33 a.m. ET.

Lyft (LYFT) – Lyft lost more than $280 million during the third quarter, more than double the loss it reported in the same quarter a year ago.  However, Lyft reported better than expected revenue for the quarter and also said it was working on developing a new food delivery service. The shares rose 5% in premarket trading as of 7:33 a.m. ET.

Aurora Cannabis (ACB) – The cannabis producer announced plans to raise $125 million through a secondary stock offering.  Under terms of the offering, each share would be priced at $7.50 and the buyer would receive a warrant to purchase another share at $9 within 40 months. The stock dropped 15% in premarket trading as of 7:33 a.m. ET.

fuboTV (FUBO) – The streaming TV service did report a larger than expected loss for its latest quarter, but revenue exceeded forecasts and the company also gave an upbeat current quarter outlook.  It expects to end the year with 500,000 to 510,000 subscribers, which would be up 58% to 62% compared to a year earlier. The shares gained 30% in premarket trading as of 7:33 a.m. ET.

Tencent Music (TME) – Tencent Music reported better than expected profit and revenue for its latest quarter, boosted by growth in paying users for its music streaming service.  Tencent said it is seeing a continued improvement in the retention rate of paying users. The shares added 4% in premarket trading as of 7:33 a.m. ET.

AT&T (T) – AT&T’s WarnerMedia unit is expected to lay off up to 1,750 workers – about 7% of its staff – according to multiple reports.  WarnerMedia – the operator of HBO, TBS, CNN and the Warner Bros. TV and film studio – plans to hold an all-hands meeting today to give more information on the cuts to employees.

Datadog (DDOG) – Datadog earned an adjusted 5 cents per share for its latest quarter, compared to a 1 cent consensus estimate, while revenue beat estimates as well.  The cloud-monitoring company also issued an upbeat outlook. The shares lost 8% in premarket trading as of 7:33 a.m. ET.

Sanmina (SANM) – Sanmina beat estimates by 32 cents with adjusted quarterly profit of $1.10 per share, with the electronics manufacturing company’s revenue beating estimates as well.  Sanmina also issued an upbeat outlook, saying its strategy was working despite a challenging economic environment.

General Electric (GE) – GE has ended its “Corporate Audit Staff” program, as part of CEO Larry Culp’s effort to simplify operations.  The program allowed workers to rotate through various divisions of the company to groom them for future leadership positions.

Tapestry (TPR) – The company behind the Coach and Kate Spade luxury brands was upgraded to “outperform” from “market perform” at Cowen, which points to a favorable pricing and profit margin mix as well as a refreshed marketing strategy for the company’s Coach Outlet operations.