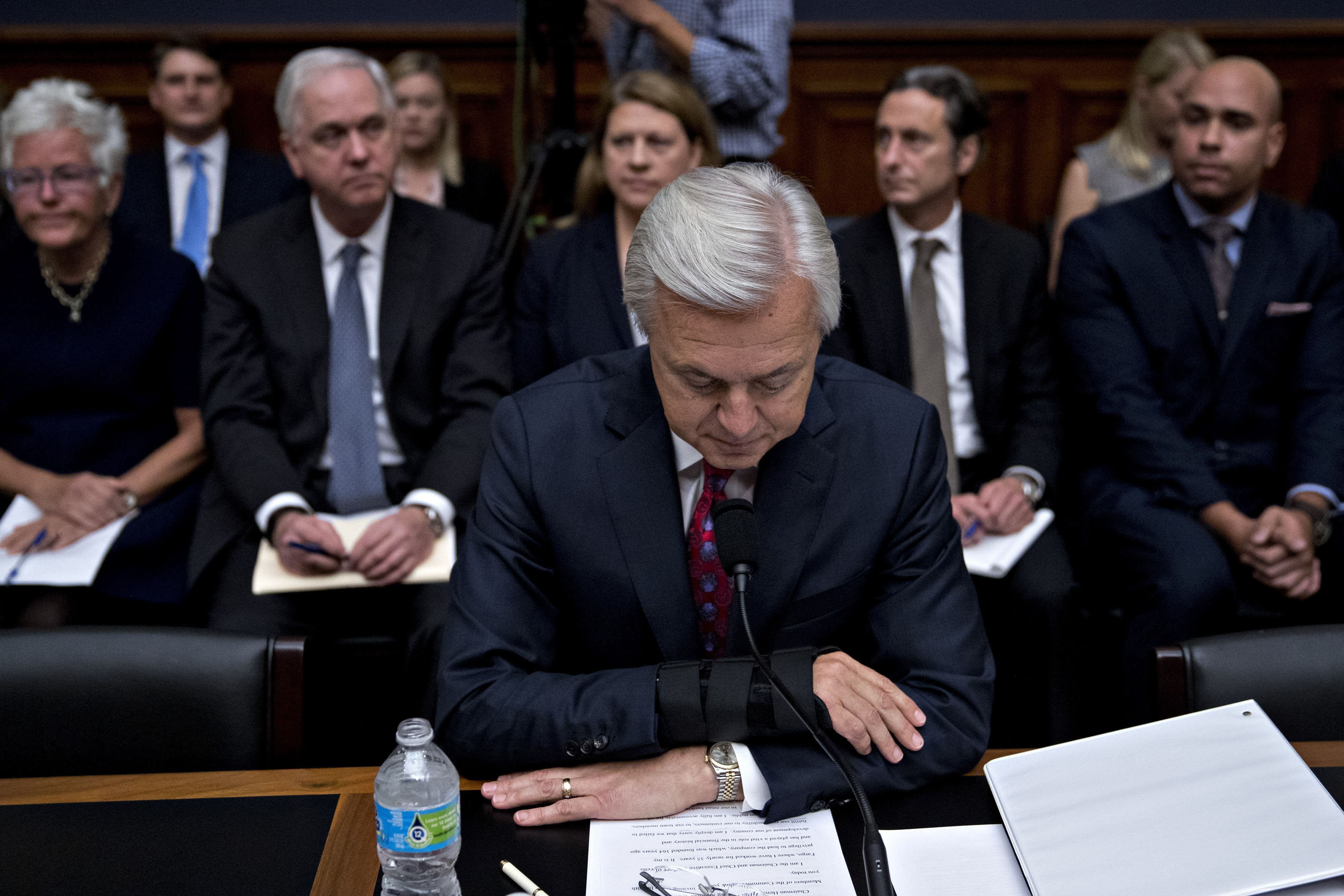 Ex-Wells Fargo CEO John Stumpf and former deputy Carrie Tolstedt were charged by the Securities and Exchange Commission with misleading investors about the bank’s success in selling multiple products to customers.

Stumpf agreed to pay a $2.5 million civil penalty to resolve the matter, allowing him to avoid admitting or denying the charges, the SEC said Friday.

The two executives had certified in 2015 and 2016 investor disclosures that touted the firm’s supposedly robust “cross-sell” metric, despite knowing it was misleading, the SEC said in a statement. The metric is an industry term for how many products a single customer has.

Wells Fargo was later found to have inflated that metric by putting millions of customers into products without their consent, a scandal that cost Stumpf his job in 2016 and even that of his successor Tim Sloan. Current CEO Charlie Scharf took over a year ago and has been tasked with overhauling the fourth biggest U.S. bank and satisfying regulators’ demands for better controls.

“If executives speak about a key performance metric to promote their business, they must do so fully and accurately,” said Stephanie Avakian, director of the SEC’s Division of Enforcement.

The SEC’s complaint, filed in California, charges Tolstedt with fraud and seeks penalties and to ban her from being an officer or director of a public company.

According to the SEC’s complaint, Tolstedt publicly endorsed the firm’s vaunted cross-sell metric from 2014 through 2016, despite the fact that it was “inflated by accounts and services that were unused, unneeded, or unauthorized.”

In an e-mailed statement, Tolstedt’s lawyer Enu Mainigi called her client “an honest and conscientious executive.”

“It is unfair and unfounded for the SEC to point the finger at Ms. Tolstedt when her statements were not only true but also thoroughly vetted by others as part of Wells Fargo’s policies, procedures and systems of controls,” Mainigi said. “Ms. Tolstedt acted appropriately, transparently and in good faith at all times.  We look forward to setting the record straight and clearing her name.”

Earlier this year, Wells Fargo paid $3 billion to settle several U.S. probes into its operations, including a $500 million deal with the SEC. The regulator said it will distribute money collected from Stumpf and the bank to investors.