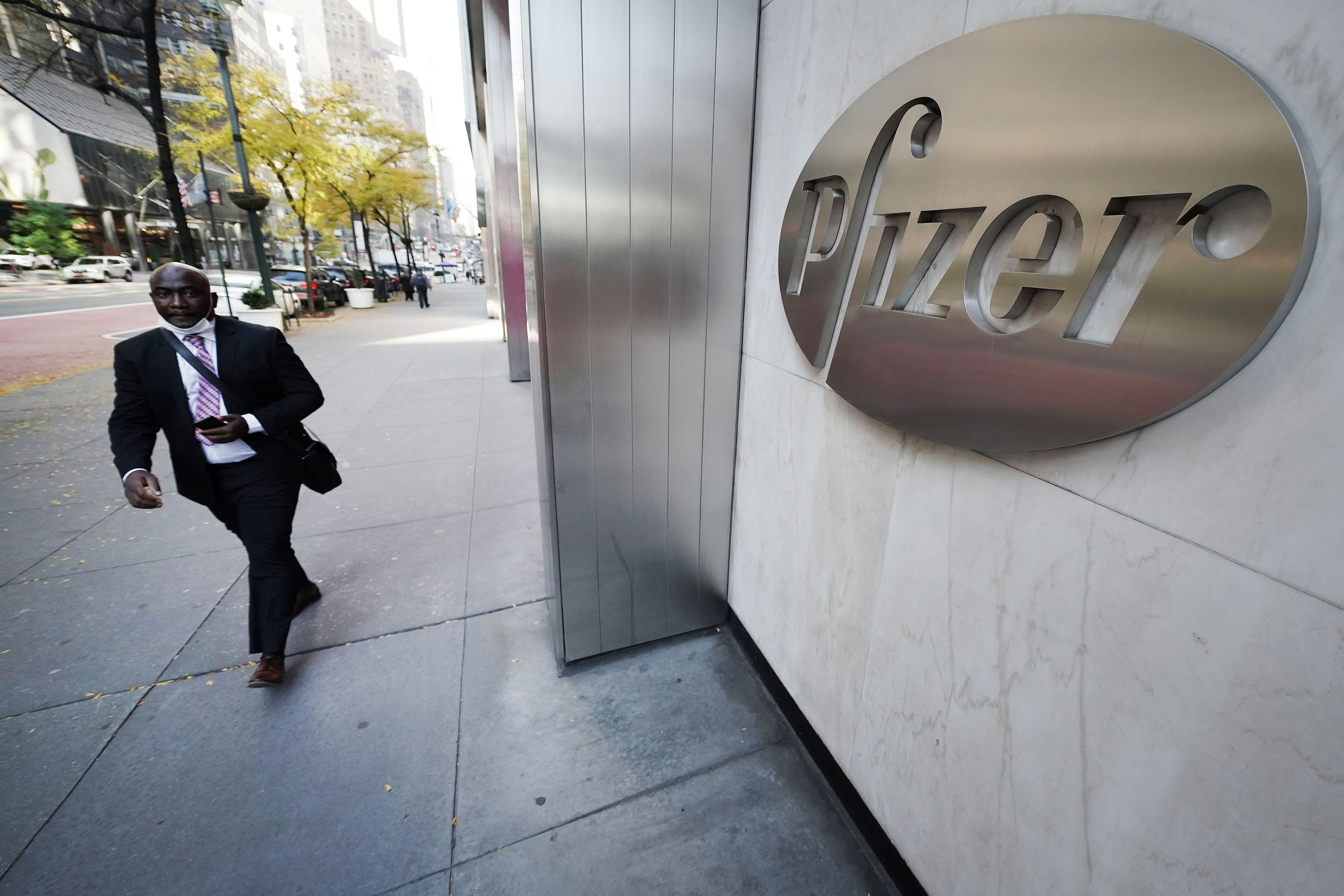 Pfizer (PFE) – The drugmaker and German partner BioNTech (BNTX) plan to apply today for emergency use authorization for their Covid-19 vaccine. Earlier this week, study data analysis showed the vaccine to be 95% effective. Pfizer shares added 1% in premarket trading as of 7:34 a.m. ET.

Foot Locker (FL) – Foot Locker earned $1.21 per share for its latest quarter, compared to a consensus estimate of 63 cents a share. Revenue beat estimates as well, while same-store sales rose 7.7%. Analysts surveyed by FactSet had expected comparable-store sales to drop by 1.2%. Foot Locker shares gained 4% in premarket trading as of 7:34 a.m. ET.

Hibbett Sports (HIBB) – The athletic footwear and apparel retailer posted quarterly earnings of $1.47 per share, more than triple the consensus estimate of 45 cents per share. Revenue also exceeded forecasts, with a same-store sales increase of 21%. Analysts surveyed by Refinitiv had expected a comparable store increase of 7.5%. The shares gained 7% in premarket trading as of 7:34 a.m. ET.

The Buckle (BKE) – The fashion accessories retailer beat estimates by 30 cents a share, with quarterly earnings of 85 cents per share. Revenue beat estimates as well, helped by a 72.5% surge in online sales. The shares rose 5% in premarket trading as of 7:34 a.m. ET.

Workday (WDAY) – Workday reported quarterly earnings of 86 cents per share, 19 cents a share above estimates. Revenue topped estimates as well. The maker of human resources and finance-focused cloud software also raised its subscription revenue outlook for 2021, but also issued warnings about the lingering impact of the pandemic on its results. The stock lost 2% in premarket trading as of 7:34 a.m. ET.

Ross Stores (ROST) – Ross Stores earned $1.02 per share for its latest quarter, well above the 61 cents a share consensus estimate. The discount retailer’s revenue also beat Wall Street forecasts. Comparable-store sales fell by 3%, but that was a much smaller decline than the 12.6% drop predicted by analysts. The shares slid 3% in premarket trading as of 7:34 a.m. ET.

Corteva (CTVA) – Corteva’s board of directors is backing CEO James Collins, according to people familiar with the matter who spoke to Reuters. Activist investor Starboard Value has been critical of the agricultural products company’s management, saying it is lagging behind its peers and not living up to its potential.

Eli Lilly (LLY) – Lilly received emergency use authorization from the Food and Drug Administration for combining its arthritis drug barictinib with the Gilead Sciences (GILD) treatment remdesivir to treat Covid-19 patients. Separately, the World Health Organization recommended against the use of remdesivir to treat the virus.

FireEye (FEYE) – FireEye is receiving a strategic investment from private-equity firm Blackstone (BX) and venture capital firm ClearSky. The firms will purchase $400 million in the cybersecurity firm’s convertible preferred stock, which is convertible into FireEye common shares at a price of $18 per share. FireEye closed Thursday at $14.24 per share. FireEye shares jumped 13% in premarket trading as of 7:34 a.m. ET.

Walt Disney (DIS) – Disney is mulling moving the debut of more films from theaters to its Disney+ streaming service, according to a Deadline report. The films are said to include “Pinocchio,” “Peter Pan” and “Cruella.”

Intuit (INTU) – Intuit reported quarterly profit of 94 cents per share, nearly tripling the consensus estimate of 37 cents a share. The maker of TurboTax and other financial software’s revenue came in above forecasts. Intuit said its results got a boost from an increase in sales for both its small business and consumer offerings.

Capri Holdings (CPRI) – The company behind the Michael Kors luxury brand was upgraded to “buy” from “neutral” at BTIG, which said that the extent of Capri’s earnings rebound and its current valuation level is largely underappreciated.