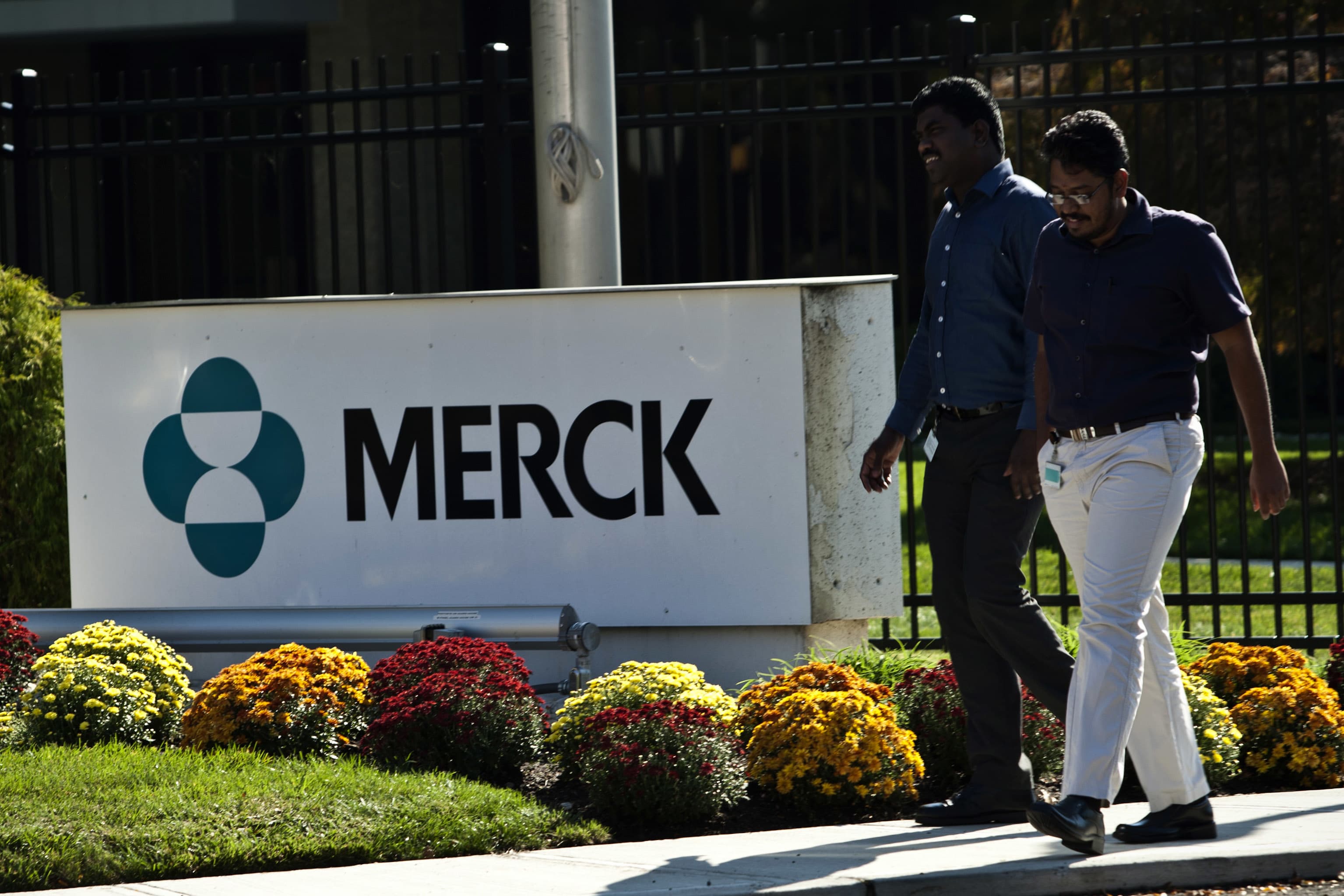 Merck (MRK) – Merck is buying privately-held drug maker OncoImmune for $425 million cash. OncoImmune is a developer of drugs designed to treat Covid-19, cancer and other diseases, and its vaccine candidate has shown promising results in a late-stage study. Merck shares added 1.9% in premarket trading as of 7:31 a.m. ET.

Korn Ferry (KFY) – The consulting firm reported quarterly profit of 54 cents per share, compared to a consensus estimate of 5 cents a share. Revenue came in well above consensus as well, helped by cost cuts. Korn Ferry also said it benefited from an increase in clients seeking services to aid in a rebound from the pandemic. The shares rose 6% in premarket trading as of 7:31 a.m. ET.

AstraZeneca (AZN) – The drugmaker said the Covid-19 vaccine being developed in conjunction with Oxford University was up to 90% effective with no serious side effects in a clinical trial. Efficacy ranged from 62% to 90% depending on the dosage. The shares were volatile in premarket trading and slightly lower as of 7:31 a.m. ET.

Regeneron Pharmaceuticals (REGN) – Regeneron received emergency use authorization from the Food and Drug Administration for its Covid-19 antibody cocktail, for use in patients who are not hospitalized but are at risk of developing serious illness. Regeneron rose 4% in premarket trading as of 7:31 a.m. ET.

Pfizer (PFE) – Pfizer’s Covid-19 vaccine could receive U.K. approval this week, according to a report by the Telegraph news site. The FDA plans to meet Dec. 10 to consider U.S. approval for the vaccine developed by Pfizer in conjunction with German partner BioNTech (BNTX).

Roku (ROKU) – Needham raised its price target on Roku to a Street-high $315 per share from $255 a share, saying the streaming video-device maker is benefiting from accelerated cord-cutting and the presence of multiple devices in homes among other factors.

Boeing (BA) – Boeing’s 737 Max jet is safe to fly, according to European Union Safety Agency Executive Director Patrick Ky. He told the Paris Air Forum that the agency is set to lift its grounding order for the jet in January. His remarks come after the Federal Aviation Administration officially ungrounded the jet last week.

Western Union (WU) – The money transfer company is paying $200 million for a 15% stake in the digital payments unit of Saudi Arabia’s STC Group.

Eli Lilly (LLY) – Lilly received interim authorization from Canada for its Covid-19 antibody treatment, for use in patients who are not hospitalized but are at risk of serious illness.

Blackstone (BX) – Blackstone is seeking to raise about $5 billion for a second private-equity fund focused on Asia, according to sources who spoke to Bloomberg.

Kellogg (K) – Credit Suisse downgraded the cereal maker to “neutral” from “outperform,” on expectations that management will signal increased investment in 2021 but not faster sales growth.