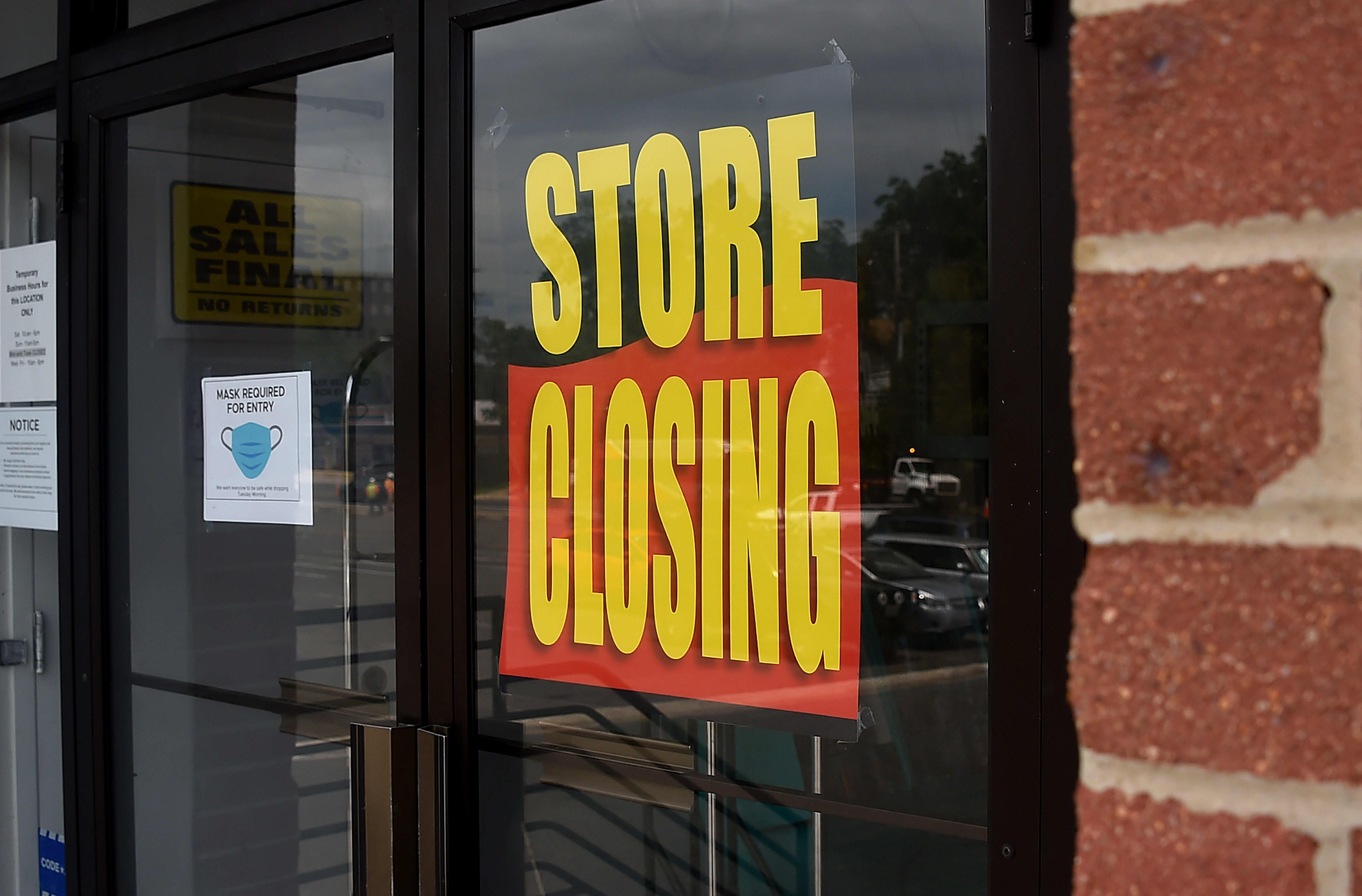 A store displays a sign before closing down permanently in Arlington, Virginia.

State and local officials have begun closing some businesses to counter a new surge in coronavirus infections, potentially putting Americans out of work for the second time since the spring.

Delaware and Nevada are among the states where officials are re-imposing some restrictions on non-essential businesses. Rules have also tightened recently in California, Illinois and Virginia.

Meanwhile, other regions may not be far behind.

The U.S. continues to notch record Covid-19 infections, with the national seven-day average of daily new cases hitting 170,855 on Sunday, according to a CNBC analysis of Johns Hopkins University data.

But there’s a silver lining for workers laid off again: They can likely resume their unemployment benefits and essentially pick up where they left off.

“Wherever you stop in the program, that’s where you restart until [benefits] expire,” said Michele Evermore, a senior policy analyst at the National Employment Law Project.

Evidence suggests this dynamic is impacting a large share of jobless workers: In California, about 80% of new claims for unemployment insurance during the week of Oct. 31 were re-opened by people laid off again, according to the California Policy Lab.

Here’s what Americans should know about restarting their benefits.

Applying for unemployment benefits starts a “benefit year” for that individual. A benefit year is the 52-week period following the date you filed a claim.

Someone who filed for unemployment in March 2020 would have a benefit year that lasts until March 2021, for example.

Jobless workers can collect benefits over that period through multiple waves of unemployment.

However, states put limits on the benefits people can receive — in weekly amounts and total duration — over that yearlong time frame. Those limits often mean someone won’t be eligible to collect traditional state unemployment insurance for the whole year.

Most states offer up to 26 weeks (or six months) of benefits.

Let’s say a worker received 13 weeks of benefits, returned to work and recently lost their job again following a new shutdown order. This person would generally be able to collect benefits for another 13 weeks.

The process should be easier for workers than when they filed their initial benefit application, Evermore said. Workers should be able to claim new weeks of unemployment under their old benefit amount, she said.

A year of unemployment benefits

However, many workers may be eligible for up to roughly a year of benefits due to extra aid offered during the coronavirus recession.

For example, the CARES Act coronavirus relief law offered extra weeks of benefits, on a temporary basis, to workers who exhaust their state’s typical allotment.

The law funds an additional 13 weeks of benefits for unemployment recipients. However, this extension, called Pandemic Emergency Unemployment Compensation, expires after December, meaning those 13 weeks won’t carry into the new year without intervention from federal lawmakers.

In addition to those PEUC benefits, states have rules (which predate the CARES Act) that offer “extended benefits” during periods of high unemployment in their state. Many states are currently offering these additional benefits and generally pay up to 13 extra weeks.

However, states may stop offering these extra weeks at any time if the unemployment rate continues to improve.

Some states will pay far less than a year of maximum benefits, however.

For example, Florida and North Carolina each pay up to 12 weeks of regular state unemployment insurance. Their extended benefits programs offer an extra six weeks to workers. When factoring in an additional 13 weeks of federal PEUC benefits, workers can expect up to 31 weeks of aid — or, about seven months’ worth.

Workers who exhaust their entitlement to benefits before the end of 2020 may be eligible to collect benefits through the Pandemic Unemployment Assistance program.

The CARES Act created this PUA program to offer unemployment benefits to some groups typically ineligible for traditional state aid (such as self-employed and gig workers). The program expires at the end of this calendar year.

What happens when the ‘benefit year’ ends?

High levels of joblessness could persist into next year.

That could prove problematic for workers who’ve exhausted or nearly depleted their benefits, Evermore said.

While a person can reapply for unemployment after the end of their current “benefit year” — in March 2021, let’s say, which would mark roughly a year from the beginning of the pandemic in the U.S. — their aid may be much less than it had been previously. They may also be deemed ineligible for any benefits.

That’s because states typically use a person’s earnings over the prior four quarters to determine the amount of their weekly unemployment pay. But a long spell of joblessness would likely mean workers don’t have enough wages over that period to qualify for benefits. If they qualify, it may be for a lower amount.

Congress prevented this dip in benefits from occurring during the Great Recession, and may do so again, Evermore said.