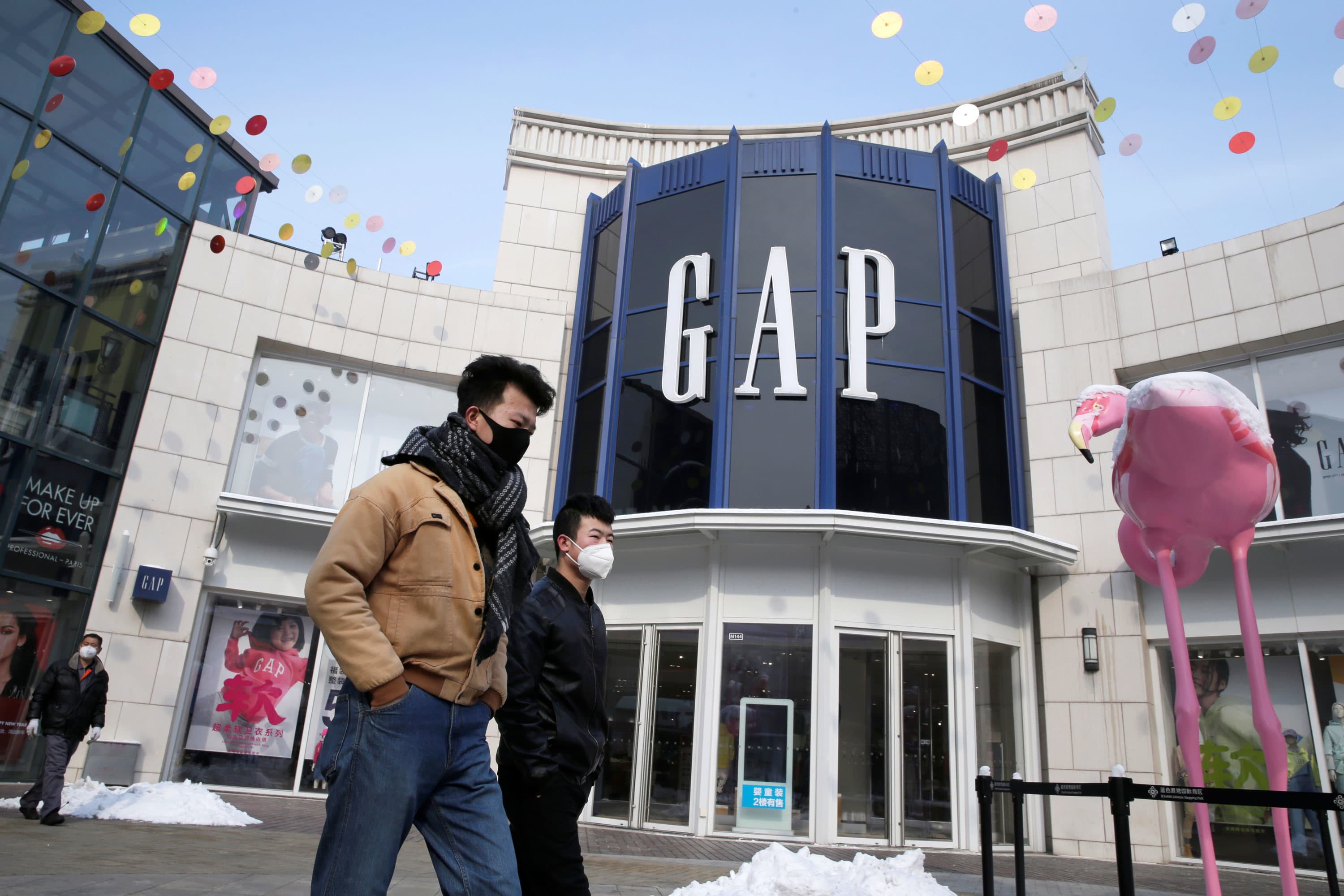 Gap (GPS) – Gap reported quarterly earnings of 25 cents per share, missing consensus estimates by 7 cents a share. The apparel retailer’s revenue beat forecasts, however. Gap’s bottom line was hurt by increased marketing and shipping costs resulting from a shift to online shopping by consumers. Gap’s online sales surged 61% during the quarter compared to a year ago. Gap shares tumbled 10% in the premarket.

Nordstrom (JWN) – Nordstrom earned 34 cents per share for its latest quarter, compared to expectations of a 6 cents per share loss. Revenue came in below forecasts, however, partly because of a slide in demand for formal wear. Nordstrom’s online sales jumped 37%. Shares of Nordstrom rose 5.5% in premarket trade.

Deere (DE) – The heavy equipment maker reported quarterly earnings of $2.39 per share, well above the consensus estimate of $1.49 a share. Revenue beat estimates as well. Deere benefited from an improving farm economy, with crop prices rising and demand for replacement machines jumping. The company also forecast higher-than-expected earnings for the year ahead. Shares of Deere rose 1.8% in premarket trading.

Dell (DELL) – Dell earned $2.03 per share for its latest quarter, well above the $1.40 a share consensus estimate. Revenue also came in above Wall Street forecasts. Its quarterly story was similar to that of rival HP, with a jump in demand for Dell’s desktop and laptop computers.

Viacom (VIAC) – Viacom is near a deal to sell its Simon & Schuster book publishing unit to German media giant Bertelsmann for more than $2 billion, according to people familiar with the matter who spoke to The Wall Street Journal.

Pfizer (PFE) – The government plans to send 6.4 million doses of Pfizer’s Covid-19 vaccine to communities across the U.S. within 24 hours of Food and Drug Administration approval, according to government officials who spoke to the Washington Post.

Canada Goose (GOOS) – The outerwear maker received a double downgrade at BTIG, to “sell” from “buy.” BTIG thinks that Canada Goose will have a difficult holiday season due in large part to a warmer start to the winter shopping period. The company’s shares slid 4.2% in premarket trading.

Darden Restaurants (DRI) – The parent of Olive Garden and other restaurant chains was downgraded to “neutral” from “buy” at BTIG, which points to the interruption of the recovery in casual dining sales as virus cases spike.