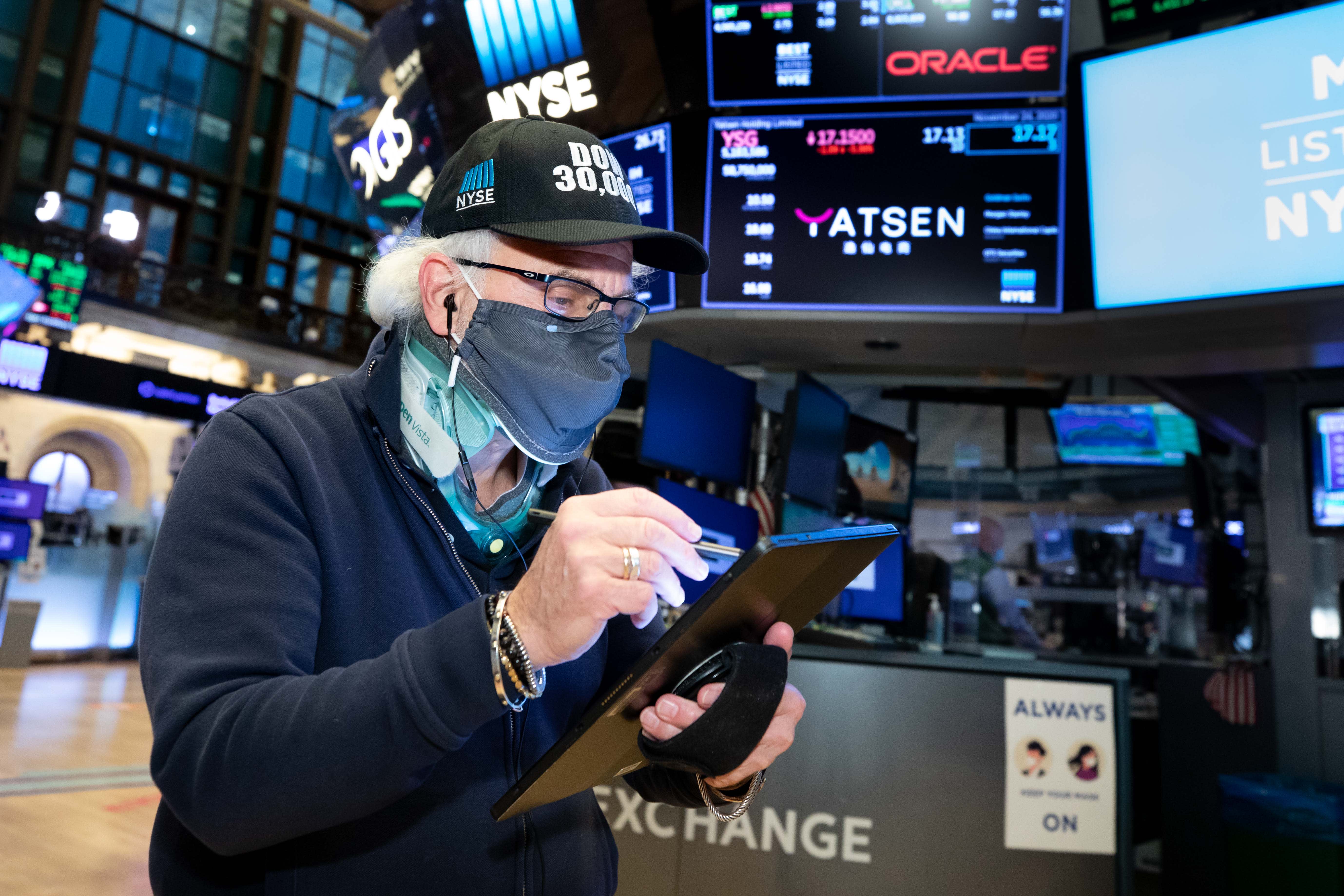 Stocks rose to record levels on Friday, notching another weekly advance, as traders shook off a disappointing U.S. jobs report.

Friday’s jump led major averages to for their fourth weekly gain in five weeks. The Dow rose 1% this week. The S&P 500 gained 1.7% over that time period. The Nasdaq Composite rallied 2.2% this week.

However, some traders saw the weaker-than-expected number as a positive because it could pressure lawmakers to mover forward with additional fiscal stimulus.

Friday’s jobs report data “is beckoning lawmakers to act on additional fiscal stimulus measures in order to bridge the output gap in the economy until a vaccine is deployed and the longer they hold out the wider the gap may become,” said Charlie Ripley, senior investment strategist at Allianz Investment Management.

President-elect Joe Biden also called for more stimulus, noting Friday’s report foreshadows a “dark winter.” Biden later said it “would be better if they had the $1,200” stimulus checks, and that he understands “that may still be in play.”

JJ Kinahan, chief market strategist at TD Ameritrade, noted the report “was not as bad as it seems” in part because a chunk of the lost jobs came from the U.S. government as the 2020 Census count wrapped up.

Friday’s report comes as the number of coronavirus cases has been rising sharply. The U.S. reported record numbers on Thursday of new infections, single-day deaths and hospitalizations.