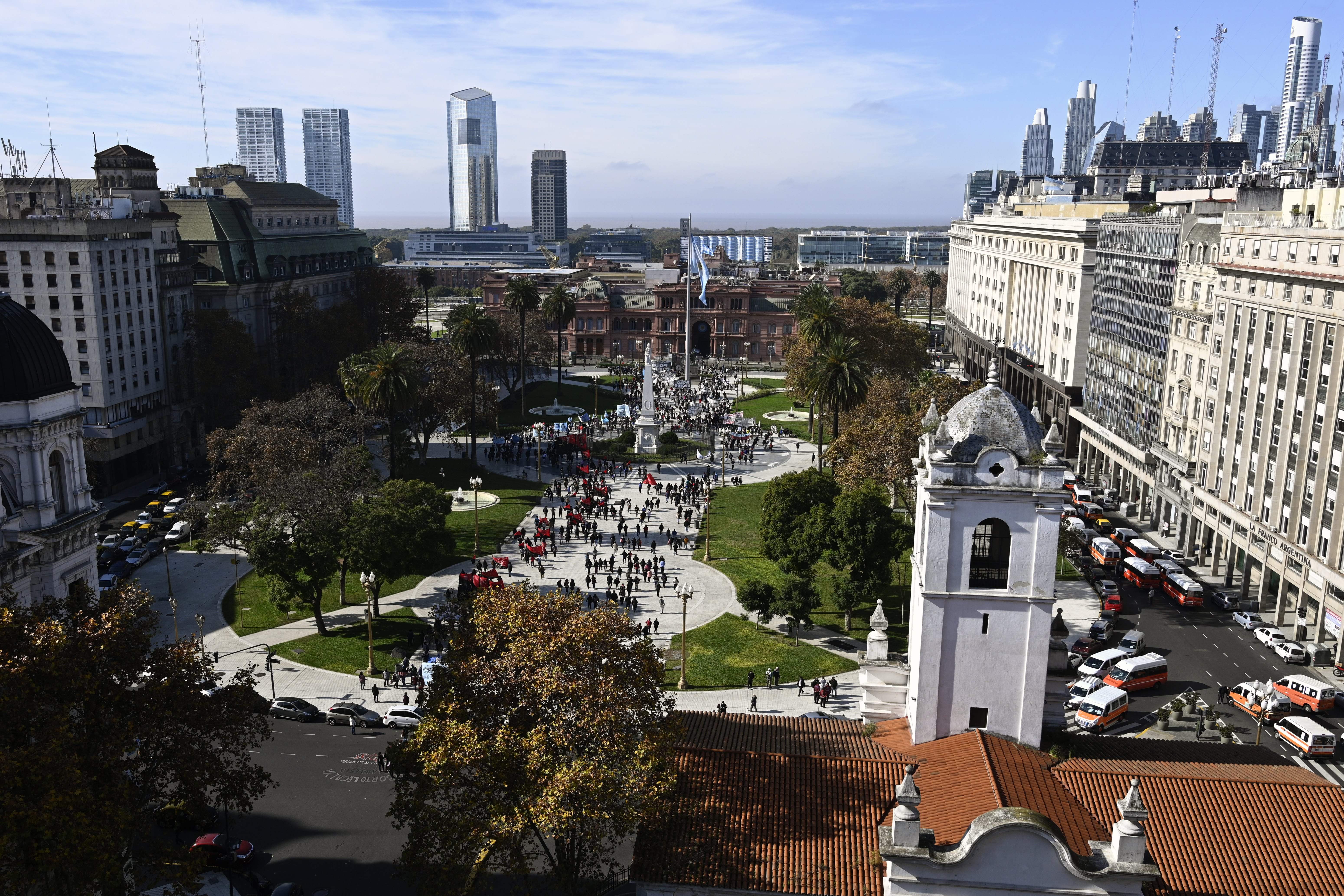 Argentina’s Vice-President Cristina Fernandez de Kirchner (R) leads a virtual session of the senate at the Congress in Buenos Aires on December 4, 2020.

LONDON — Argentina has passed a new wealth tax to help the government pay for health supplies and economic relief measures amid the ongoing coronavirus pandemic.

Lawmakers in the Senate passed the bill, dubbed the “millionaire’s tax,” by 42 votes to 26 late on Friday.

The center-left government has said the legislation could see Latin America’s third-largest economy collect up to $3.7 billion, with the funds used to buy medical equipment and supplies, provide support to small and medium-sized firms, and to assist poor neighborhoods.

Argentina’s population of 45 million has been hit hard by the coronavirus pandemic, becoming only the fifth country worldwide to surpass 1 million confirmed infections in October. To date, it has recorded almost 1.5 million Covid-19 infections, with 39,770 related deaths.

The OECD has forecast Argentina’s real GDP (gross domestic product) to contract by 12.9% this year and expects the country’s recovery from the coronavirus pandemic to lag behind every other major economy.

One of the authors of the new wealth tax estimated it would impact 0.8% of the country’s taxpayers.

It “is extraordinary because the circumstances are extraordinary,” Senator Anabel Fernandez Sagasti, a lawmaker in the country’s ruling party, said via Twitter on Saturday.

“We must find points of connection between those who have the most to contribute and those who need it.”

Signal hanging with a message in Spanish that reads ‘protect your mouth with a mask’ in the empty Buenos Aires obelisk landscape during the government-ordered lockdown on May 01, 2020 in Buenos Aires, Argentina.

Opposition lawmakers have criticized the new measures, saying the taxes are unlikely to be a one-off and suggesting they could deter foreign investment.

“The government indicated that this would be a one-off levy; however, the risk is that it could become permanent,” Carlos Caicedo, senior principal analyst for Latin America at IHS Markit, told CNBC via email.

“History shows that once these benefits are introduced it would be very difficult to remove them. Overall, the new tax would further undermine Argentina’s already deteriorated business environment,” he added.

Of the proceeds raised by the levy, AFP reported that 20% would go toward medical supplies, 20% would go to small and medium-sized companies, 15% to social developments, 20% to student scholarships and 25% to natural gas ventures.

“Addressing Argentina’s fiscal imbalances — in order to break the country free from its endless boom-bust cycles — will require more comprehensive structural reforms that get to grips with a high level of unproductive public spending.”

Surya added that “implementation problems” were already visible in Argentina’s existing wealth tax, known as the personal property tax, with proceeds accounting for just 0.5% of the total tax take.

By comparison, in neighboring Uruguay, Surya said a similar wealth tax brings in as much as 5% of that country’s total tax revenue.