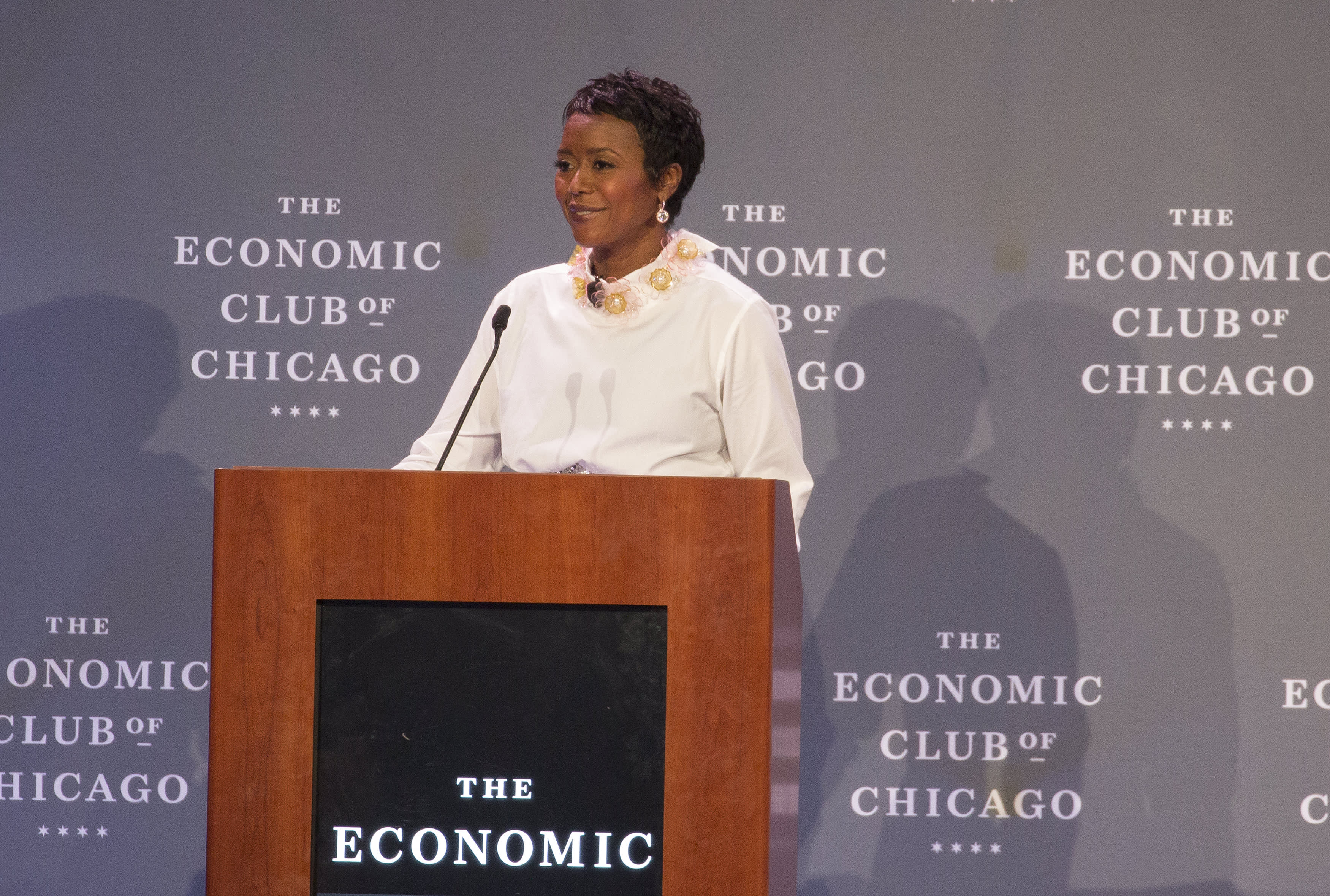 Mellody Hobson, named Starbucks‘ new board chair on Wednesday, knows what it is like to grow up without money.

That’s what drove her to her current profession and why she is so focused on the importance of financial literacy.

“It is no accident I am in the investment management business because as a child I was desperate to understand money,” Hobson said at the CFP Board‘s Center for Financial Planning’s 2020 Diversity Summit, held virtually in November.

Hobson started her career at Chicago-based money-management firm Ariel Investments as a college intern. She’s now in her twenty-ninth year at the firm and is the co-CEO and president. She also sits on several corporate boards, including J.P. Morgan Chase. Currently vice chair of the Starbucks board, she’ll take the helm in March.

The youngest of six children, Hobson was raised in Chicago by a single mother. An entrepreneur, her mother worked hard but had a lot of troubling making ends meet, Hobson told CFP Board CEO Kevin R. Keller during the summit.

More from Invest in You:
Teens call for more personal finance education
Pandemic is leaving students of color behind
7 money moves to make now to start the new year strong

Her mother encouraged Hobson to strive for greatness, telling her she could be or do anything.

“She was also extremely pragmatic and direct about the challenges I would face as a Black girl.”

Hobson learned to make herself indispensable, even at her first job when she was 15. She never looked down on any job or any opportunity, even helping a boss write thank you notes for his daughter, she said.

‘We’re behind the eight ball’

She puts that same passion into helping others, whether it is the push for racial equality, helping those less fortunate, or advocating for financial literacy.

“We’re behind the eight ball,” Hobson told CNBC last December. “Having a financially illiterate society is dangerous, and we have to do something about that.”

I’ve used some of my differences as a way to stand out and to hopefully count and matter — and hopefully create an opportunity for others.

Co-CEO and president of Ariel Investments

Financial advisors can also do their part, she told the CFP summit. While teaching adults about money is important, the biggest way to impact change is to focus on the children, she said.

For instance, Ariel Community Academy, which is a partnership between the city of Chicago and Ariel Investments, gives every first grade class an investment portfolio worth $20,000. Over the next several years, the students learn about investing and can trade stocks and other assets.

“There are real opportunities, in our own backyards, to effect lasting and meaningful change that will ultimately put people on the path to being more financially literate and therefore more financially secure, which has tremendous implications for our society,” Hobson said.

Among other things, she is the chairwoman of the board for After School Matters, a nonprofit that provides Chicago teens with high-quality, after-school programs. In 2019, Hobson and her husband, filmmaker George Lucas, were awarded the Carnegie Medal of Philanthropy.

Recently, Hobson and the Hobson/Lucas Family Foundation made a major gift to her alma mater, Princeton University, to establish a new residential college on campus. Hobson College is the first to be named for a Black woman at Princeton.

“My hope is that my name will remind future generations of students — especially those who are Black and brown and the ‘firsts’ in their families — that they too belong,” Hobson said in the university’s news release.

While she’s faced obstacles along her climb up the ladder, she hopes that she’s forging a path for those who follow her.

“You have to decide how you’re going to show up in life,” she told CNBC.

“I’ve used some of my differences as a way to stand out and to hopefully count and matter — and hopefully create an opportunity for others.”

CHECK OUT: Warren Buffett: Don’t invest this way or you’re ‘certain’ to get ‘worse-than-average results’ via Grow with Acorns+CNBC.