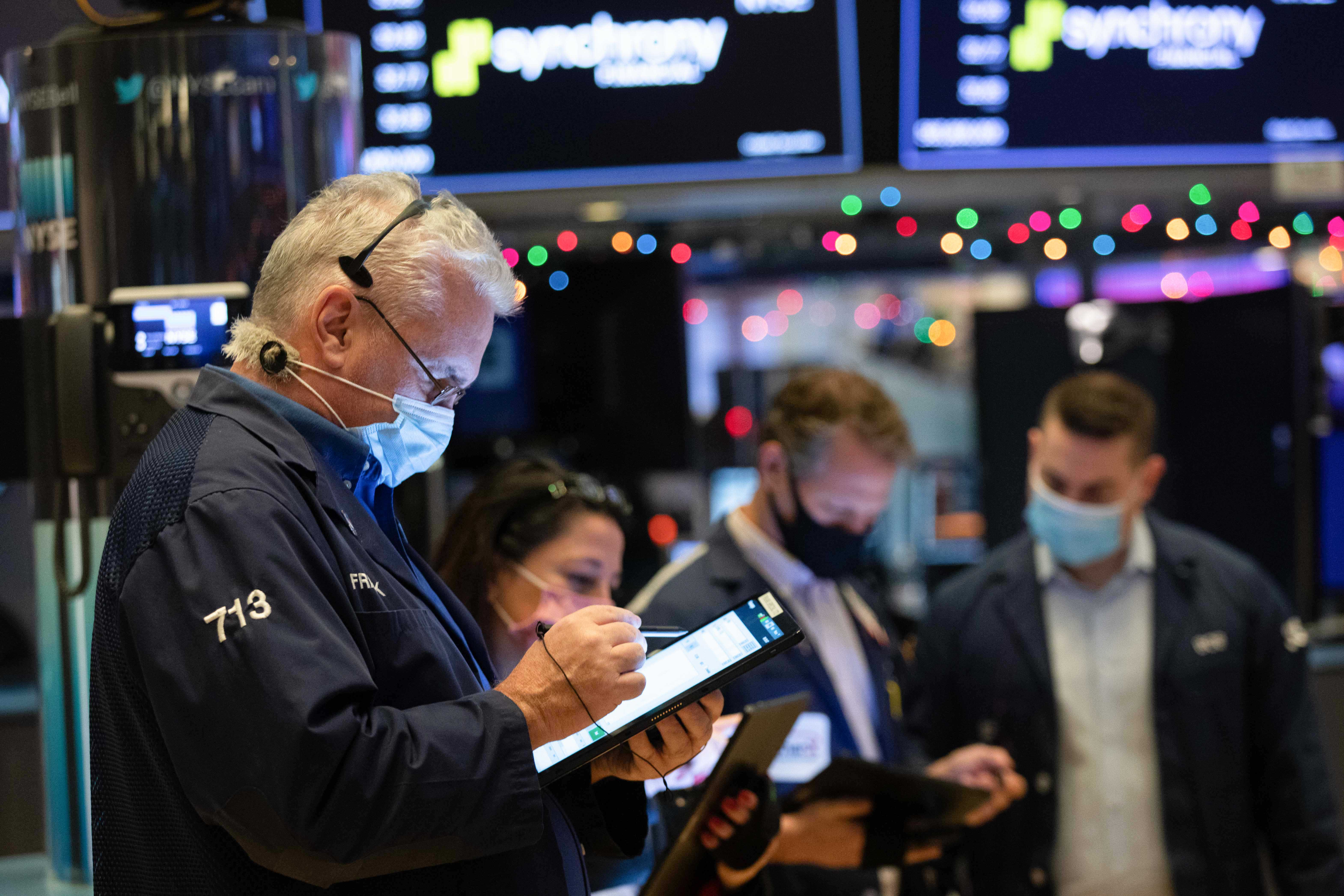 U.S. stock futures moved higher early Monday as markets indicated a rebound from a losing week. Investors were optimistic as the Covid-19 vaccine rollout began and Washington appeared a bit closer to hatching some sort of stimulus this week.

A bipartisan stimulus plan could be introduced in Congress as soon as Monday, but split into two parts in order to improve its chances of approval, Reuters reported. The $908 billion bipartisan plan would be split into a $748 billion measure with money for jobless and small business and another part that includes the controversial measures including liability protections and state aid, Reuters said, citing a source.

“Politically, debate continues on another fiscal bill, which is much needed for much of the population, but will also create an even larger ‘wall of cash’ for consumers to spend as economies fully reopen,” Tavis McCourt, institutional equity strategist at Raymond James, told clients on Sunday.

“It is abundantly clear the economy is slowing as local shutdowns continue, but any impact on the equity market has been limited so far. Whether this continues into 1Q is unclear, but our guess is pullbacks will be limited unless something materially changes in the vaccine story,” he added.

Following the Food and Drug Administration’s emergency authorization of Pfizer’s vaccine, the Centers for Disease Control and Prevention Director Robert Redfield signed off on the drug, allowing inoculations to officially move forward for people ages 16 or older.

The U.S. has begun to ship the doses from a Pfizer facility in Michigan to hundreds of distribution centers across the country. The FDA is also slated to publish its assessment on Moderna’s vaccine this week.

Shares of stocks that stand to benefit the most from a vaccine and economic aid led the gains on Monday in early trading. Carnival rose 5% in premarket trading. American Airlines gained 3%.

The Covid-19 vaccine is being rolled out amid some of the darkest days of the pandemic in the U.S. More than 2,300 coronavirus related deaths were recorded Saturday, following over 3,300 deaths Friday. New infections continue to explode, with more than 219,000 cases reported on Saturday.

The upcoming week is expected to be market moving with stimulus talks, Pfizer’s vaccine rollout and a Federal Reserve policy meeting. Tesla also joins the S&P 500 on Friday.

The Fed kicks off its two-day policy meeting on Tuesday, the central bank’s final meeting of 2020. Economists have speculated that the Fed could make changes to its bond program. The Fed is currently buying at least $80 billion a month of Treasurys, and Fed officials have discussed what they could do to change that program at their last meeting.