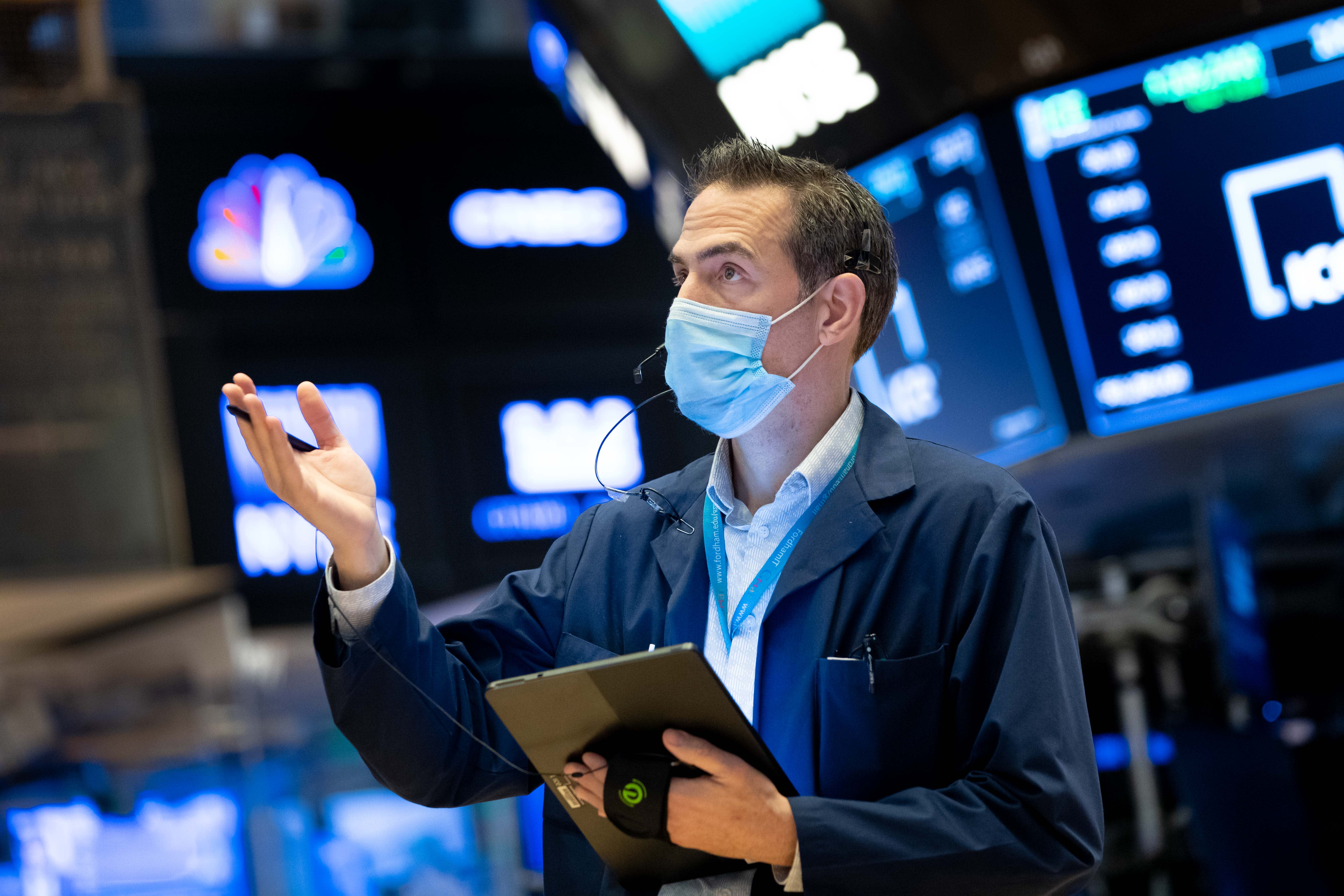 Market participants are also looking to the Federal Reserve’s comments on Wednesday about the future of the U.S. economy.

“I’m optimistic that we’re gonna be able to complete an understanding sometime soon,” McConnell said Tuesday night after the meeting.

Schumer said the leaders are “making progress, and hopefully we can come to an agreement soon.

On Tuesday, the major average bucked a several day streak of negative sessions, with all three indices closing with gains. The Dow Jones Industrial Average climbed nearly 340 points, helped by a 5% jump in Apple’s stock. The S&P 500 climbed 1.3%, snapping a 4-day losing streak.

On Monday, a bipartisan group of lawmakers released a proposal for another round of economic relief on Monday evening.

The first plan calls for $748 billion in spending for programs liked by both Republicans and Democrats, including federal unemployment benefits and additional loans under the Paycheck Protection Program. A second $160 billion bill would include the more controversial areas of business liability protections and financial aid to state and local governments.

“Stimulus remains a key focus for the market, as it is the necessary bridge to expansive vaccinations,” Lindsey Bell, Chief Investment Strategist for Ally Invest told clients. “Market participants would like to see a deal sooner rather than later given the expectation for economic data to slow near-term. In the absence of a deal, turbulence could pick up.”

The deadline on stimulus looms amid some of the darkest days of the pandemic. The U.S. is recording at least 215,400 new Covid-19 cases and at least 2,300 virus-related deaths each day, based on a seven-day average calculated by CNBC using Johns Hopkins University data.

The Pfizer Covid-19 vaccine rollout continued across the U.S. Tuesday.

The Federal Reserve will release its statement with projections on the stance of monetary policy on Wednesday afternoon. While the Fed’s long term view is expected to be improved due to the vaccine, the central bank is expected to sound very dovish at the end of its meeting.

The bond market could have a volatile reaction depending on what the Fed signals about its bond-buying program.