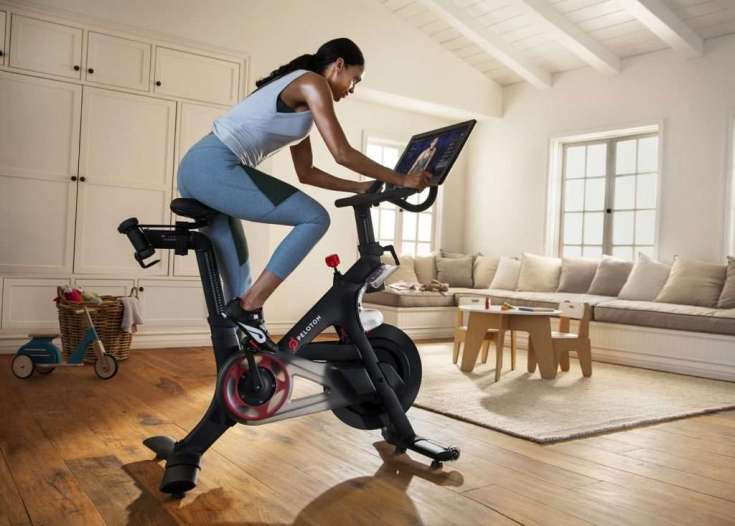 Peloton (PTON) – Peloton is acquiring rival fitness equipment maker Precor for $420 million, in a deal that will give it more market share as well as increased manufacturing capacity. The acquisition prompted KeyBanc Capital Markets to raise its price target on Peloton from $160 to a Street-high $185, saying the deal was “highly synergistic” and supportive of long-term growth. Peloton shares jumped 9% in premarket trading.

CarMax (KMX) – The auto retailer reported quarterly earnings of $1.42 per share, beating the consensus estimate of $1.14 a share. Revenue also came in above Wall Street forecasts, however comparable used-vehicle sales were down 0.8% compared to a FactSet consensus estimate of a 1% increase. Carmax shares fell 2% in premarket trading.

Alphabet (GOOGL) – Alphabet’s Google unit and Facebook (FB) allegedly agreed to “cooperate and assist one another” on any investigation into online ad cooperation, according to an unredacted version of a lawsuit filed against Google last week that was seen by The Wall Street Journal.

United Airlines (UAL) – United warned that any recall of employees resulting from new airline aid would be “temporary,” due to the fact that little change in passenger demand is expected over the next few months.

Tesla (TSLA) – Tesla shares remain on watch after the stock fell 6.5% Monday, its first day as a member of the S&P 500 index.

SolarWinds (SWI) – SolarWinds is indicated higher for a second straight day, after losing nearly 40% of its value last week. The network management company is at the center of the hack by a foreign government that compromised federal agencies and tech and accounting firms across the U.S., after hackers attached a malicious code to a software update. SolarWinds shares rose nearly 7% in premarket trading.

Apple (AAPL) – Apple is higher in pre-market trading, after rising Monday on reports that it planned to enter the electric car market in 2024.

Illumina (ILMN) – The developer of gene sequencing technology was upgraded to “overweight” from “neutral” at Piper Sandler, based on expansion into cancer screening and Illumina’s overall position as a leader in disease detection. The company’s shares rose 1.3% in the premarket.

Heico (HEI) – Heico reported quarterly earnings of 45 cents per share, 4 cents a share above estimates. Revenue came in above Wall Street forecasts as well. Heico, which provides products and services to a variety of industries including aviation, defense and medical, noted that Covid-19 has negatively impacted its results, notably in the commercial aerospace industry.

The RealReal (REAL) – The secondhand luxury goods seller was rated “outperform” in new coverage at Baird Equity Research, which called it an open-ended growth story in a large and growing market. Shares rose 2.3% in premarket trading.

FuboTV (FUBO) – The streaming TV service’s stock surged more than 13% in premarket trading after Needham raised its price target to $60 per share. The stock had jumped more than 26% Monday following an Axios report that it was considering forming exclusive partnership deals for live sports events.