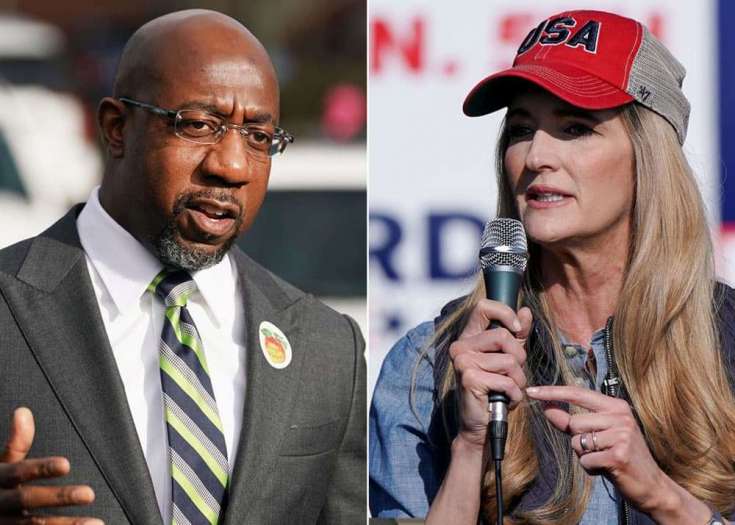 The 10-year Treasury yield jumped above 1% for the first time since the pandemic-triggered rout in March as traders awaited results from the Senate runoff races in Georgia.

Democrat Raphael Warnock is projected to win the Georgia U.S. Senate special election runoff against incumbent Republican Kelly Loeffler, according to NBC News. The other runoff race between Democrat Jon Ossoff and Republican David Perdue is too close to call, NBC News reports.

The contests will determine control of the Senate for the next two years. Many believe a Democrat-controlled Senate could make it easier for lawmakers to push through a bigger stimulus. More government spending could lead to higher inflation, which would drive yields higher.

“It’s almost like the market is just relieved we are getting to a conclusion and yields are forming a higher range. Investors are betting more deficits, more spending and more Treasury issuance if Democrats gain control of Senate,” said Gregory Faranello, head of U.S. rates at AmeriVet Securities. “Now that the 10-year broke 1%, we are going to spend some time in the 0.75% to 1.25% range.”

Earlier this week, the breakeven rate for 10-year inflation expectations touched 2% for the first time in more than two years.

It has been a sluggish rebound for the 10-year rate, which tumbled to a record low of 0.318% in March amid a historic flight to safe assets in the depth of the pandemic. With the unprecedented monetary and fiscal stimulus, bond yields have gradually trended higher but the persisting Covid uncertainty and uneven economic data have kept rates’ recovery bumpy.

“The 10 yr yield finally busting above 1%, which I’ve believed was just a matter of time, will of course accelerate if we have another spending spree on top of the spending party seen in 2020,” Peter Boockvar, chief investment officer at Bleakley Advisory Group, said in an email.

Also on Wednesday, investors digested a weaker-than-expected report on private payrolls. ADP said private payrolls fell 123,000 in December, marking the first contraction since the early days of the pandemic. Economists surveyed by Dow Jones had been expecting growth of 60,000.

“That wouldn’t be a direct headwind on stocks, but it would reinforce that rising yields is a theme that we need to watch closely in 2021, Essaye said.