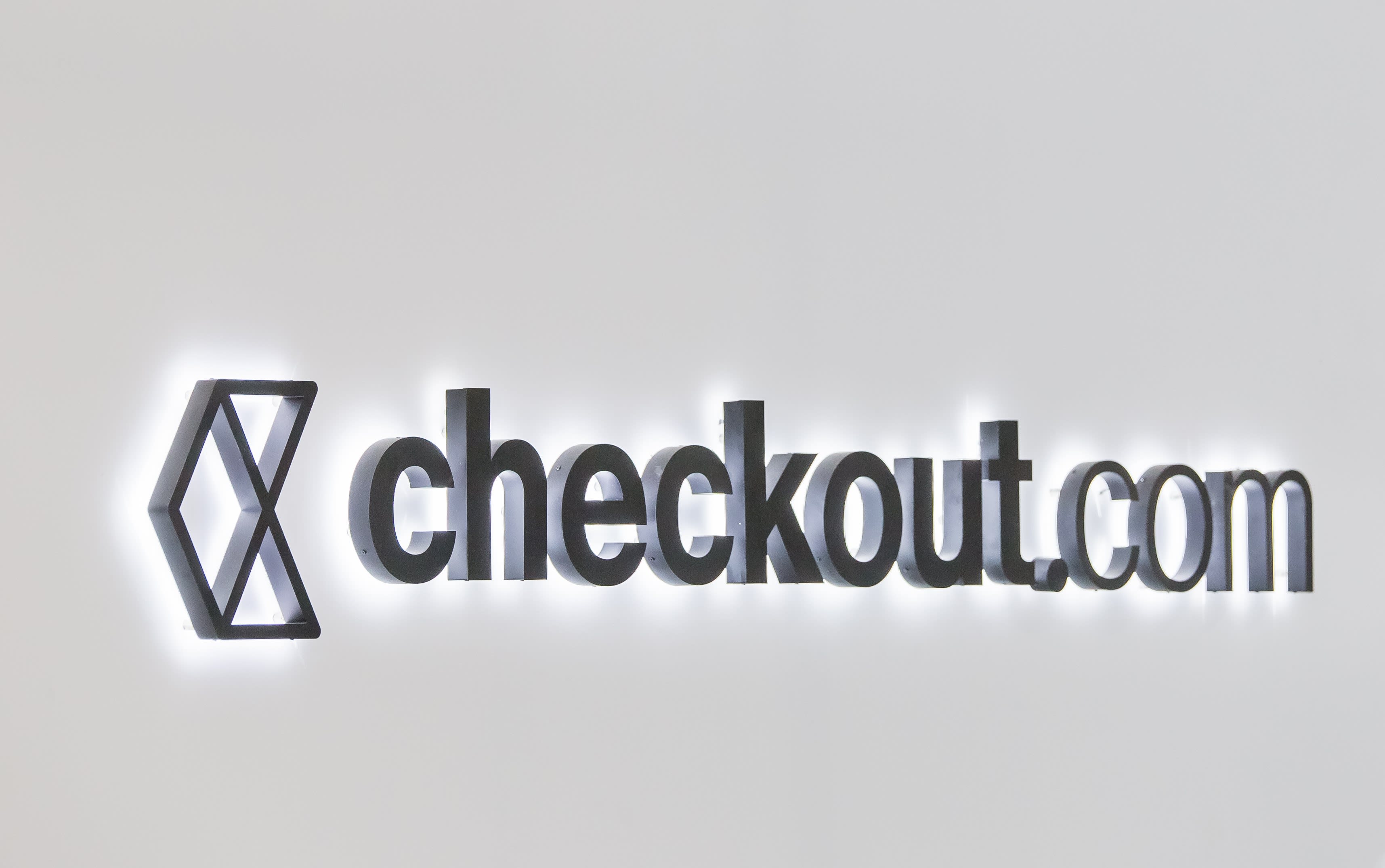 The logo for payments start-up Checkout.com.

Checkout.com said Tuesday that it had raised $450 million in an investment led by Tiger Global Management — which is also an investor in rival payments giant Stripe — lifting its valuation to $15 billion.

That’s almost three times the $5.5 billion Checkout.com was worth in a $150 million funding round nearly seven months ago. It also makes Checkout.com the fourth-most valuable privately-held fintech business globally.

Checkout.com’s platform integrates electronic payments, analytics and fraud monitoring into one platform. The London-headquartered company processes payments for big clients including Pizza Hut, H&M and Farfetch, as well as fintechs like Coinbase, Klarna and Revolut.

The company is vying for a leading role in the $2 trillion payments industry. It competes with U.S. company Stripe and Dutch rival Adyen. Investors are betting these firms will continue to benefit from the blistering growth of digital payments and e-commerce, which has only been accelerated by the coronavirus pandemic.

“Nobody would have expected at the beginning of the year that 2020 would have been this way,” Checkout.com’s CEO and founder Guillaume Pousaz told CNBC in a November interview.

Checkout.com has raised an eye-watering $830 million in the last two years. With another $450 million in the bank, the company says it plans to further expand in the U.S. with a newly opened office in New York and another office set to open in Denver. A U.S. push would see Checkout.com ramp up its competition with San Francisco-based Stripe.

“I spend a lot of my time on this, thinking not only about the headcount of the company but also the right leadership at the top,” Pousaz said.

Checkout.com has gone from relative obscurity to becoming one of the world’s most valuable private tech companies. Founded in 2012, the firm tapped external investors for the first time to raise $230 million at a $2 billion valuation in 2019. A year later, it had tripled its market value to $5.5 billion.

The company still has some catching up to do when it comes to matching the valuations of its payment peers. Stripe was valued at $36 billion in its most recent private funding round, and is reportedly hoping to fetch a market value of as much as $100 billion in a new investment deal. Stripe declined to comment.

Meanwhile, Adyen has a stock market value of over $65 billion. The Amsterdam-based company’s shares have roughly quadrupled since its IPO in 2018.

Checkout.com is one of a rare breed of fintechs that has been consistently profitable since its inception. Though late to filing its 2019 accounts, the company told CNBC that revenues at its European operations almost doubled in 2019 to $146.4 million, up from $74.8 million the year before. The firm has tripled its transaction volumes for three consecutive years.

Given those metrics, you’d think Checkout.com would be a prime IPO candidate. Pousaz says the long-term goal is for a stock market listing, but added it’s under no pressure from investors to do so.

“We’re going to be a public company,” he told CNBC. “There’s no other alternative at this point, given the size of the business.”