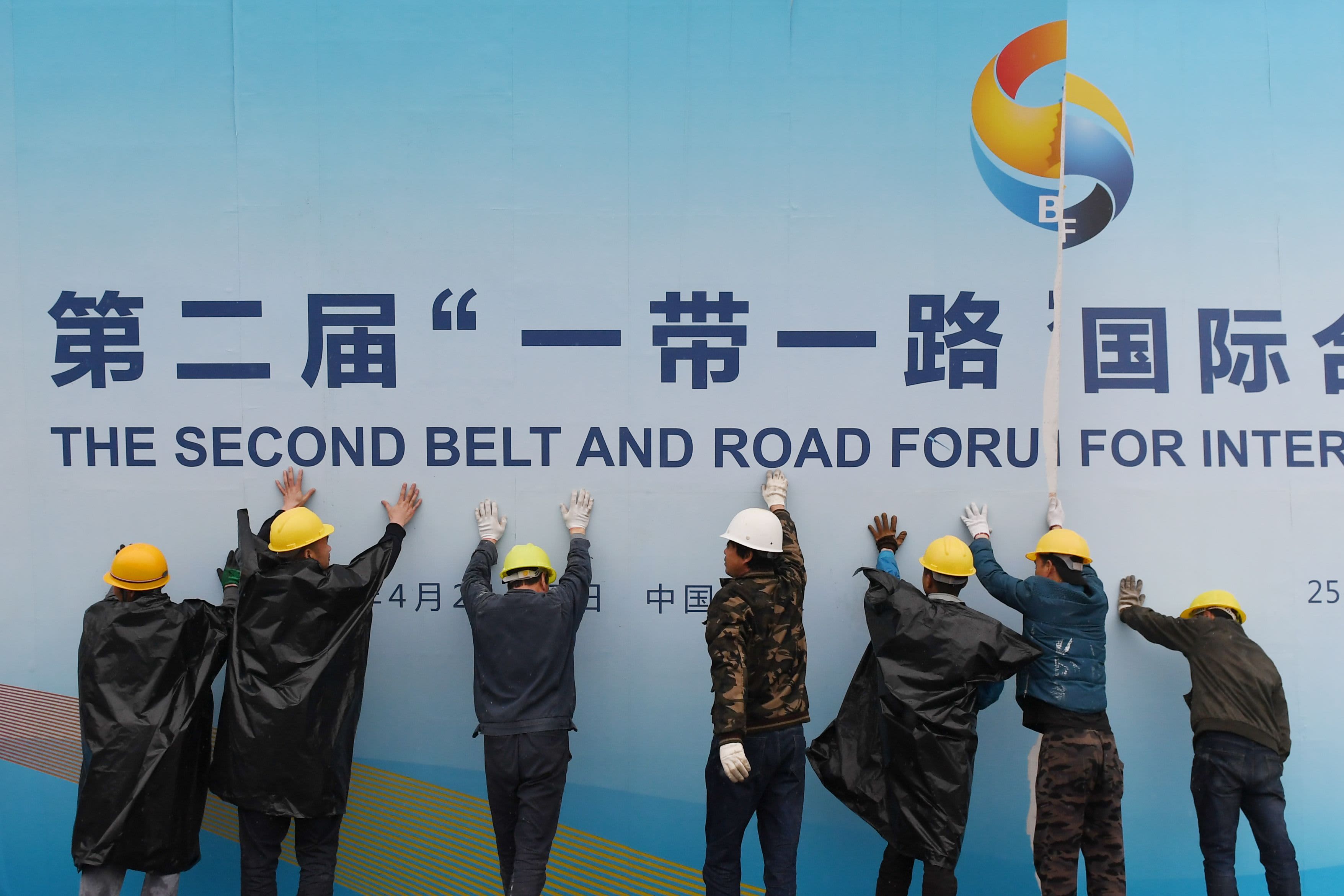 Workers take down a Belt and Road Forum panel outside the venue of the forum in Beijing on April 27, 2019.

SINGAPORE — U.S. President-elect Joe Biden’s pledge to prioritize fighting climate change could turn up the pressure on China’s massive Belt and Road Initiative — which has been criticized for financing and building infrastructure projects that harm the environment.

“Strong U.S. leadership for addressing climate change will make it harder for China to greenwash the Belt and Road,” Jonathan Hillman, a senior fellow at American think tank Center for Strategic and International Studies, told CNBC via email.

Launched in 2013, the Belt and Road Initiative or BRI is an ambitious program to build physical and digital infrastructure that connect hundreds of countries from Asia to the Middle East, Africa and Europe. Many critics consider the initiative Chinese President Xi Jinping’s signature foreign policy to expand his country’s global influence.

Strong U.S. leadership for addressing climate change will make it harder for China to greenwash the Belt and Road.

Center for Strategic and International Studies

Energy projects — many of them fossil fuel power plants — have been the center of the initiative. China has over the past few years said it would focus more on cleaner projects, but analysts said the country has few concrete results to show so far — which opens an opportunity for the U.S. to hold China accountable.

Pressure from the U.S.

Since winning the election, Biden has not announced specific plans to tackle environmental concerns surrounding the BRI. But analysts said the Biden administration could work with partners and allies to offer countries participating in BRI an alternative source of financing for cleaner projects.

“The US approach is likely to continue involve a combination of sticks and carrots,” said Jonathan Wood, director and lead U.S. analyst at consultancy Control Risks.

He told CNBC in an email that the U.S. would use its own financing program — the U.S. International Development Finance Corporation — to focus on green investments to rival China’s initiative. The U.S. could also pressure partners participating in the BRI to raise environmental standards for their projects, added Wood.

While Chinese president Xi Jinping has pledged to make the BRI greener, there have still not been any concrete actions to limit outbound investment in such environmentally damaging industries.

Such attention from the Biden administration could turn the Belt and Road Initiative into a “point of contention” in U.S.-China relations, said Imogen Page-Jarrett, research analyst for China at consultancy The Economist Intelligence Unit.

“This will particularly be the case as Mr Biden aims to build a multilateral coalition against China, which will set the stage for many BRI nations to emerge as battlegrounds for competing US and Chinese influence,” she told CNBC via email.

The U.S. and many countries have been critical of the Belt and Road Initiative. In addition to the program’s environmental harm, critics also questioned the transparency of the deals — which in some cases left participating countries laden with untenable debt.

Activists and countries have increasingly pushed back against the Belt and Road Initiative over environmental concerns. Kenya, Egypt and Bangladesh are among those that have reportedly canceled or planned to axe construction of new coal plants financed by China.

It is not just coal projects that could cause environmental destruction. A World Bank report in 2019 estimated that transport infrastructure under the program could increase carbon dioxide emissions by 0.3% worldwide.

China has tried to address those concerns. At the Belt and Road Forum in 2019, Beijing announced “no less than 11 green initiatives” — but “all of which are voluntary, and none of which are binding or transparent,” said CSIS’ Hillman.

His sentiment is shared by Page-Jarrett, who said that there’s no official list of BRI projects, nor a centralized regulator that approves the relevant investments. That means Chinese companies are free to build coal-fired power plants overseas under the BRI label — regardless of the government’s stance, she explained.

“While Chinese president Xi Jinping has pledged to make the BRI greener, there have still not been any concrete actions to limit outbound investment in such environmentally damaging industries,” she added.

Indeed, data compiled by think tanks American Enterprise Institute and The Heritage Foundation showed that Chinese entities have continued to finance construction of fossil fuel power projects. But the proportion of such projects has fallen, while that of renewable energy projects has increased, the data showed.

Future of the Belt and Road Initiative

China, the world’s largest carbon emitter, has in recent years sought to position itself as a leader in tackling climate change. Last September, Xi said at the United Nations General Assembly that his country aims to become carbon neutral by 2060.

Researchers have reportedly said that China’s move could slow global warming by 0.2-0.3 degrees Celsius this century. But such effect would come to naught if China continues to fund environmentally harmful projects internationally, analysts said.

Nevertheless, Beijing’s climate ambitions suggest that the Belt and Road Initiative will likely have a greater emphasis on the environment going forward, said Andrew Gilholm, director of analysis for Greater China and North Asia at Control Risks.

A common focus on environmental issues could also bring the U.S. and China together — potentially offsetting bilateral tensions in other areas, said Page-Jarrett.

“China’s energy and environmental policy has been progressive compared with the US’s policy in recent years. This could provide opportunity for joint policy proposals around clean technology and industrial upgrades, which could potentially help to balance against tensions elsewhere,” she said.

But China faces an uphill task to “rebrand” the program, which is viewed skeptically by many countries including the U.S., Gilholm told CNBC in an email.

“There is absolutely no question that BRI will remain a major part of China’s overseas engagement in large parts of the world — it is too closely associated with Xi to be dropped, and is even mentioned in the CPC constitution,” he said, referring to the ruling Communist Party of China.

But “it’s going to be a difficult, long-term effort to change most countries’ perceptions of BRI, which are often quite skeptical,” he added.