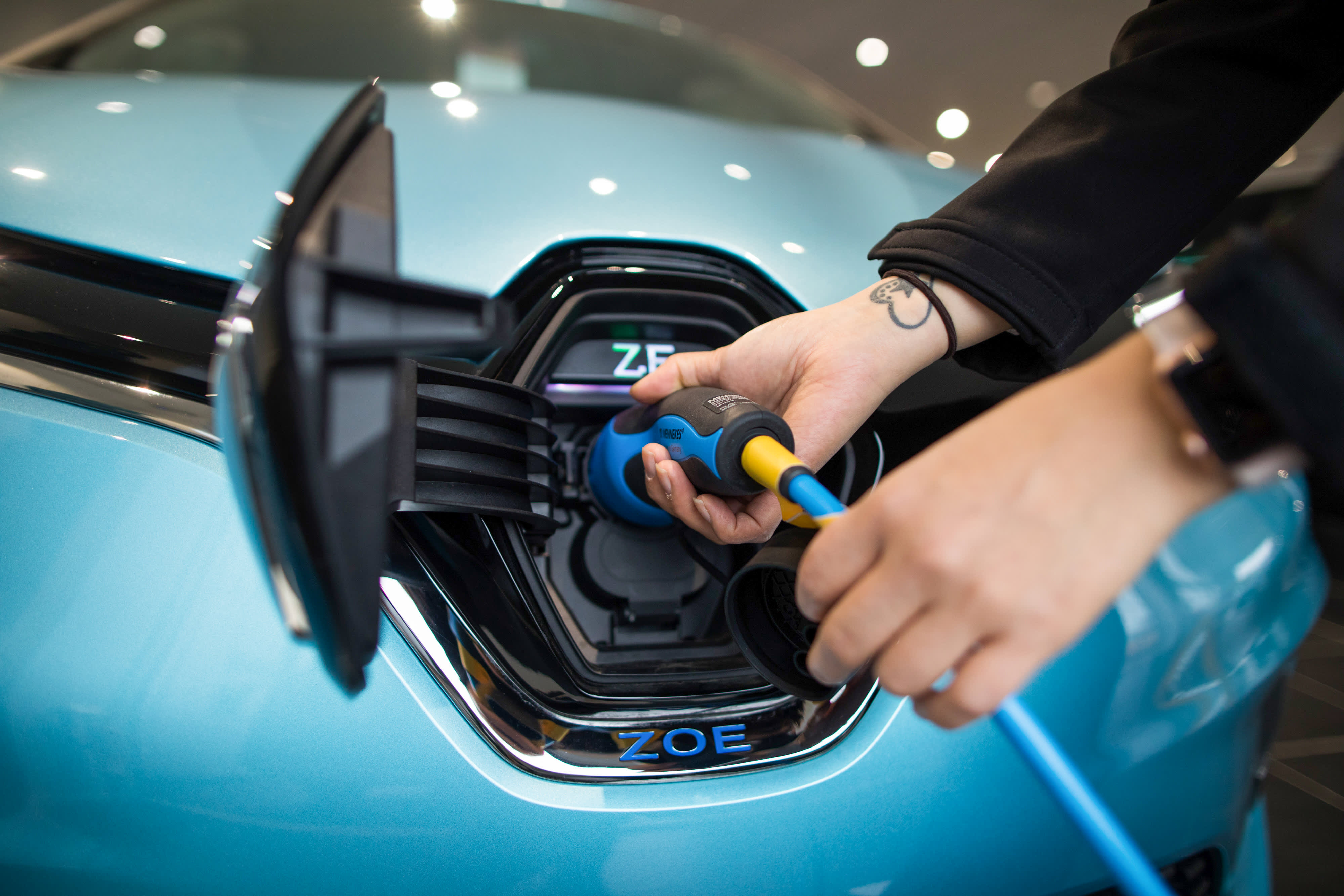 An electric charger being placed into a Renault Zoe car at a dealership in the U.K. on October 21, 2020.

Renault’s deputy CEO emphasized the importance of investing in the infrastructure required for low and zero-emission vehicles, with the French automaker aiming to launch seven fully-electric models by the year 2025.

Speaking to CNBC’s Charlotte Reed on Thursday, Clotilde Delbos explained that while European governments had been providing subsidies for electric vehicles, these would reduce progressively over time as people became more used to buying them. She went on to state that this money “should be reoriented to … infrastructure.”

With many countries in Europe now looking to ramp up the number of electric vehicles on their roads, charging sites will have a crucial role to play when it comes to challenging perceptions about “range anxiety” — the idea that electric vehicles aren’t able to undertake long journeys without losing power and getting stranded.

Renault’s Delbos sought to hammer home this point, saying: “We need to think about how to remove this roadblock in people’s mind, (which) is, ‘well, what if there is no infrastructure and I can’t go where I need in terms of charging?'”

“So the subsidies, at some point (in)… time, will have to be shifted in that area, in our view,” she added.

Delbos’ comments came on the same day Groupe Renault released details of a new wide-ranging strategy. Among other things, the business will look to reduce the number of units it manufactures, from 4 million in 2019 to 3.1 million in 2025.

In a statement, the automaker’s new CEO, Luca de Meo, said the plan was about “moving the whole company from volumes to value.”

Earlier this week, the firm said its Renault brand sold 115,888 electric vehicles in the European market in 2020, a 101.4% increase compared to the previous year.

This month has seen a number of major carmakers release information related to their electric vehicle operations, as they attempt to broaden their offerings and challenge Elon Musk’s Tesla, which delivered 499,550 vehicles in 2020.

At the end of last week, Daimler announced its Mercedes-Benz Cars division had sold over 160,000 plug-in hybrids and all-electric vehicles in 2020.

In an interesting twist, this week also saw Sony reveal it had started to test its Vision-S electric car on public roads.

In an announcement made at the tech event CES 2021, the Japanese business said development of the prototype vehicle had “reached the next stage.” The firm added it planned to continue development work on the vehicle and carry out tests in other regions.