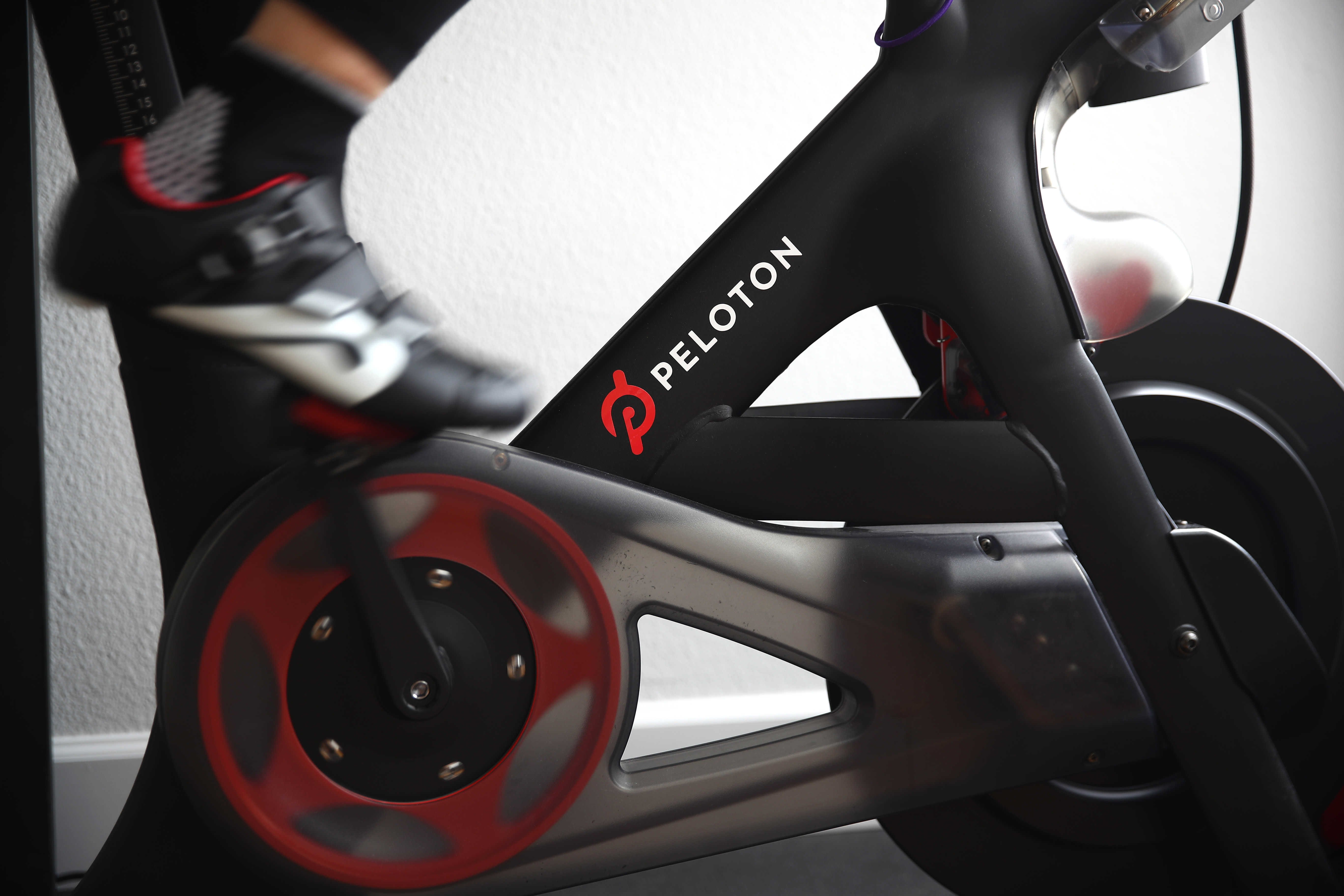 Cari Gundee rides her Peloton exercise bike at her home on April 06, 2020 in San Anselmo, California.

General Motors — Shares of the automaker surged 9% after the announcement that Microsoft was investing in Cruise, GM’s autonomous vehicle project. As part of the deal, Microsoft will be the preferred cloud provider for Cruise and GM.

American Express — Shares of American Express jumped 3.5% in midday trading after JPMorgan issued an upbeat note on the payments company and advised investors to buy the stock. The brokerage said expectations for a rebound in consumer spending and better year-over-year revenues will likely bode well for American Express into the spring as Americans start to book travel plans and the Covid-19 vaccine is distributed.

GameStop – Shares of GameStop jumped another 19% on Tuesday, following a 100% advance last week. The rally in the video game company was first triggered by news last week that Chewy co-founder and former CEO Ryan Cohen is joining the company’s board. A rush of short covering also contributed to the remarkable as GameStop was the most-shorted stock in Russell 3000 with 144% of its float sold short, according to Bespoke Investment Group.

Roku – Shares of the streaming service provider jumped more than 6% after JPMorgan initiated coverage on the stock with an overweight rating and $475 price target. “Roku is the leading TV streaming platform in the US by hours streamed… We believe Roku is well positioned as TV viewing increasingly shifts to streaming,” the firm wrote in a note to clients.

Peloton – Shares of the exercise equipment maker slid more than 6% following a downgrade to sell at UBS. “While we remain positive on the LT outlook, we downgrade PTON to Sell to reflect risk/reward skewed to the downside from current levels,” the firm said in a note to clients. UBS did, however, hike its target on the stock to $124, up from $115.

Darden Restaurants — Shares of the restaurant company popped more than 3% following an upgrade to overweight from equal weight at Morgan Stanley. The Wall Street firm said it sees an upcoming surge in dining out post coronavirus.

Gilead Sciences — Shares of the pharmaceutical company rose more than 7% after Morgan Stanley upgraded Gilead to overweight from equal weight. The firm said it sees more “positive results” on some of the company’s products like its HIV treatment.

Lumentum Holdings, Coherent — Shares of Lumentum dropped more than 10% after announcing it will buy rival laser maker Coherent for $5.7 billion in cash and stock.

DraftKings – Shares of DraftKings dropped more than 4% after Berenberg initiated coverage on the sports-betting company with a sell rating. The Wall Street firm said investor expectations on the company are “overoptimistic” and shares are priced for perfection.

State Street — Shares of State Street edged up nearly 1% after the company reported better-than-expected revenue for the fourth quarter. The financial services company reported $2.92 billion of revenue for the quarter, $100 million more than analysts expected, according to Refinitiv. Investment firm Piper Sandler said in a note that State Street’s management fee revenue was a positive surprise but high expenses were a negative of the report.