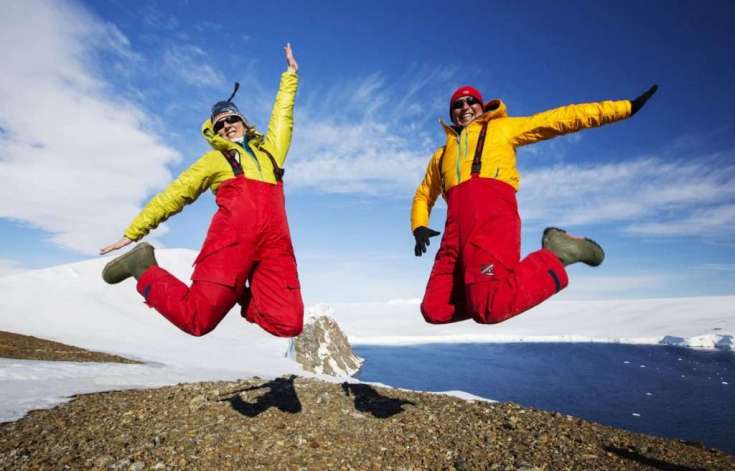 By the end of this year, Disney fans will be able to explore every continent on Earth with the kid-friendly brand.

A family cruise to Antarctica — for older kids

The 12-day Antarctica cruise is scheduled to stop at 16 sites in Patagonia, the Drake Passage and the Antarctic Peninsula.

The tour begins with two nights in Argentina — first in Buenos Aires, followed by a flight to the town of Ushuaia, on the southern tip of South America. From there, guests explore Patagonia’s Tierra del Fuego National Park by train and Patagonia’s waterways via catamaran.

Once aboard Le Boreal, a ship operated by French cruise ship company Ponant, cruise passengers will cross the Drake Passage to reach the Antarctica Peninsula. This crossing ranges from smooth to terrifying, depending on the weather.

The Antarctic Peninsula is the closest part of Antarctica to the southern tip of South America, shown here via two angles.

Like most Disney tours, the cruise is marketed to families, albeit ones with older children. Adventures by Disney recommends kids be 12 years and older to join and doesn’t allow children younger than 10 years old due to “the duration of the trip, potential for extreme weather or sea conditions and the amount of physical activity involved,” according to the company’s website.

Weather permitting, travelers will embark on two cruise excursions per day. These range from kayaking and hikes along Antarctica’s shoreline to orca spotting and walks to see the continent’s penguin colonies.

Back on the ship, there are Disney movie nights for the kids and cocktail-making classes for the adults. Naturalists, photographers and other special guests are to give talks and conduct workshops as well.

Le Boreal, a cruise ship from Ponant, has two restaurants, a heated saltwater pool and spa.

Le Boreal is an intimately-sized ship with two restaurants, six guest decks, a heated saltwater pool and spa. The 466-foot ship has 132 staterooms and suites and is able to hold 264 guests and 140 crew members, according to Ponant’s website.

There is no formal dress code onboard the ship, and the vibe is “casual.” The cruise includes water-resistant parkas and rubber boots for passengers.

Prices for the December Antarctica cruise start around $11,500 for children and $12,800 for adults for a 200-square-foot “deluxe stateroom” with a private deck. Prices more than double to stay in the “owner’s suite,” which is nearly $27,500 per adult. Airfare to and from Buenos Aires is not included in the price.

For Disney fans who prefer warmer weather, Adventures by Disney also announced it will operate five new cruises to the Galapagos Islands starting next year.

The first of the nine-day expedition cruises, which include ocean snorkeling, island hikes and excursions led by naturalists, is scheduled to depart on Feb. 9, 2022.

Travelers who book by April 11 can secure early booking discounts, with rates starting around $5,600 for children and $6,300 for adults — about half the cost of Disney’s Antarctica cruises.

Bookings for both expedition cruises open this week on Jan. 22, though previous Adventures by Disney guests and members of other Disney clubs can book as early as Jan. 19.