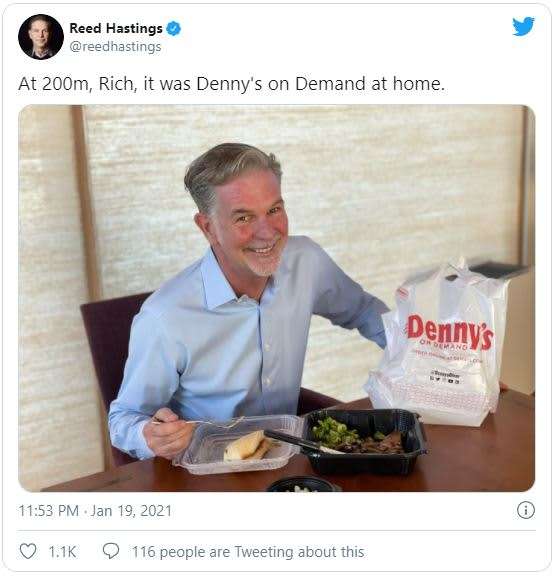 Netflix hit another major milestone on Tuesday when the streaming giant said it topped 200 million subscribers for the first time. CEO Reed Hastings decided to celebrate: so, he ordered dinner from Denny’s.

The 60-year-old Netflix co-founder might have an estimated net worth of $5.8 billion, according to Forbes. But Hastings apparently won’t let his ability to buy dinner pretty much anywhere he wants get in the way of a superstitious tradition.

Hastings marked Tuesday’s Netflix milestone the same way he’s celebrated the company’s milestones in the past — by eating a steak from Denny’s all by himself.

Netflix did not immediately respond to CNBC Make It request for comment on why Hastings originally began his tradition of celebration Netflix subscriber milestones at Denny’s. Of course, it’s not like Netflix was just a scrappy startup in 2003, either. The company had just launched its IPO a year earlier, which raised $82.5 million. (In 2021, a steak at Denny’s costs less than $20.) 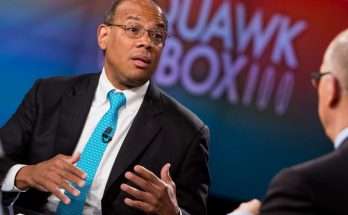 Ariel’s John Rogers: Here’s what companies can do to help close the racial wealth gap 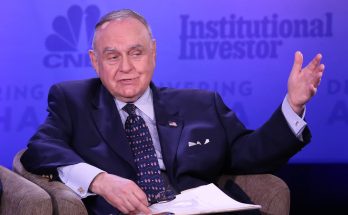 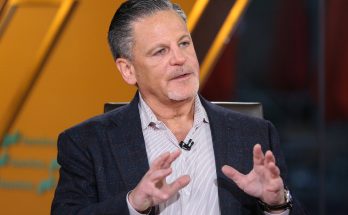