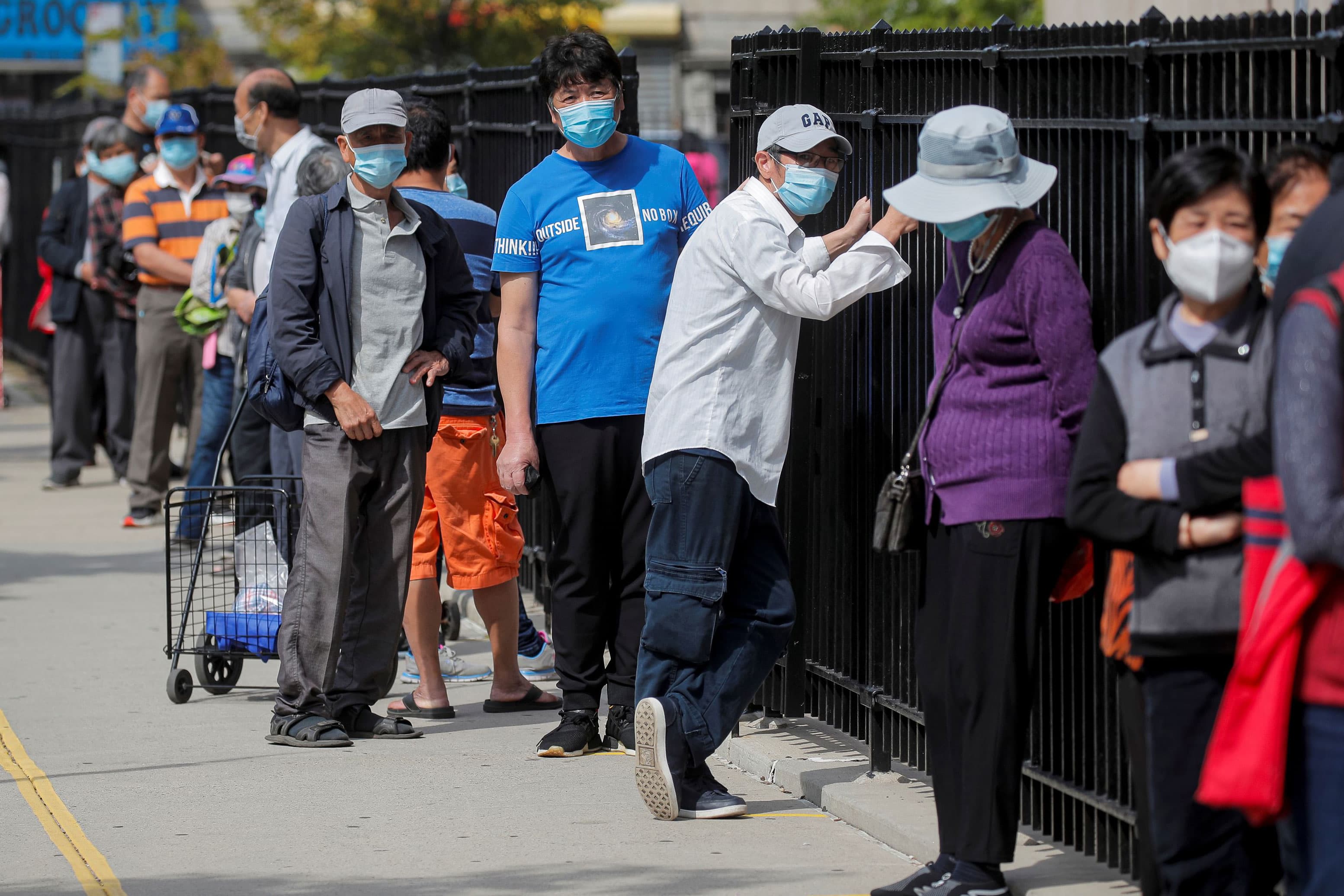 People line up in their cars to receive food assistance in Groveland, Florida, near Orlando, on Dec. 9, 2020.

U.S. Labor Department data issued Thursday provides the first glimpse of how delays from Congress and the president affected benefits.

More than 1.7 million people dropped off Pandemic Unemployment Assistance, a program paying benefits to self-employed, gig, part-time and other workers, between Dec. 26 and Jan. 2, according to the Labor Department.

Roughly 1.1 million stopped receiving Pandemic Emergency Unemployment Compensation, which offered extra aid to those who ran out of their standard allotment of state benefits.

Other programs barely picked up the slack. States offer Extended Benefits during times of high unemployment, for example. Only 83,000 people rolled into that program over the same time period. Those benefits were available in just 20 states as of Jan. 2.

“It’s a totally egregious way to govern, that we let these programs lapse and then people just fall through the cracks,” said Heidi Shierholz, director of policy at the Economic Policy Institute, a left-leaning think tank, and a former chief economist at the Labor Department. “People are living week to week.”

Improvements in the labor market likely didn’t account for the millions who stopped receiving benefits at the end of December, Shierholz said.

The U.S. economy shed 140,000 jobs last month, the first drop since millions fell off payrolls in April. Roughly 1.2 million people filed a new application for state jobless benefits two weeks ago, a level above the peak of the Great Recession.

The drop of 3 million off unemployment rolls doesn’t include Americans who had exhausted their entitlement to aid before the official cliff. More than 2 million had run out of benefits through the PEUC program by the end of November, for example.

Many of these workers are now eligible for additional aid from the $900 billion relief law, including back pay for any missed weeks. However, some states haven’t begun issuing that assistance yet, potentially stressing Americans struggling to pay bills now.