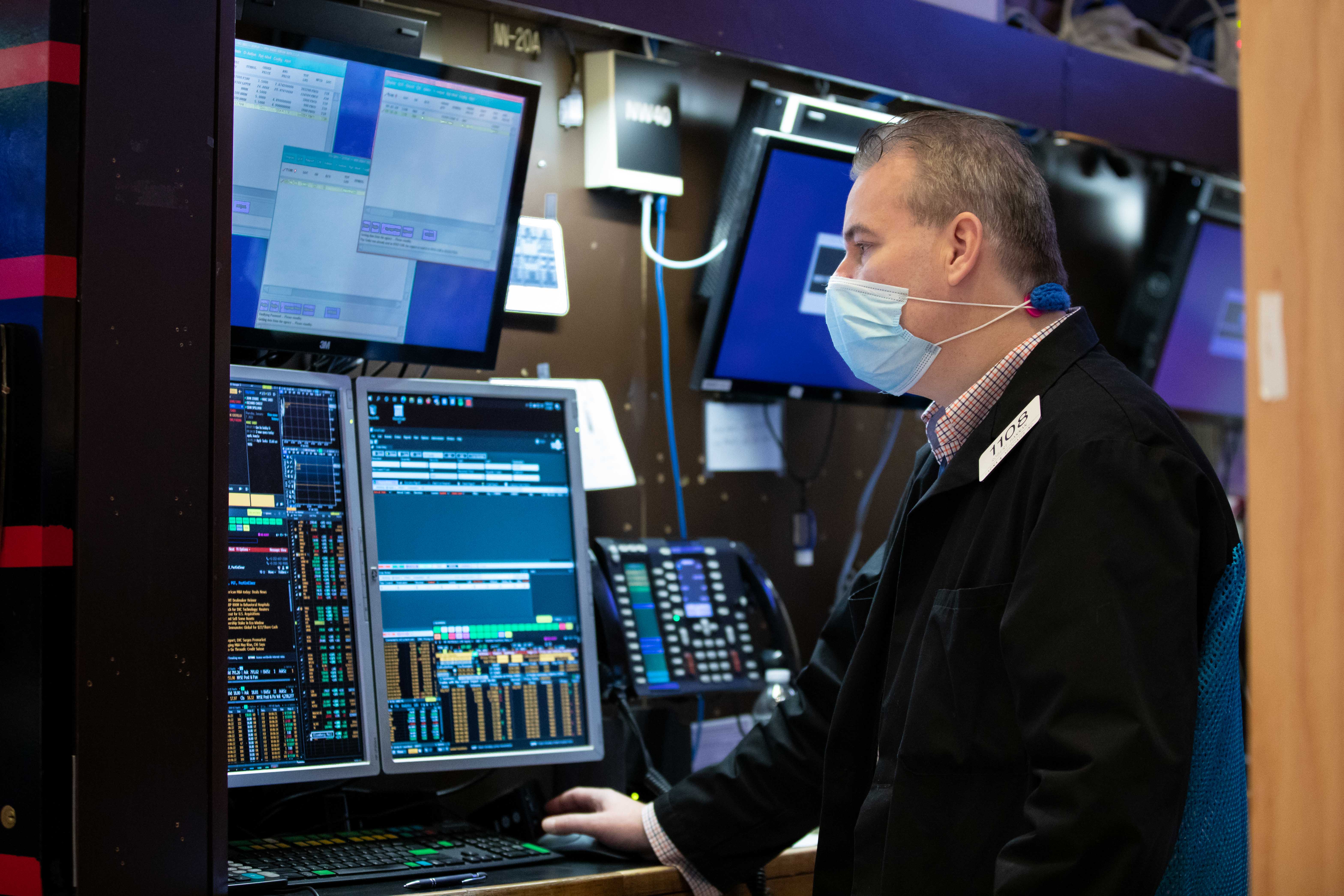 Traders work on the floor of the NYSE.

Stock trading volumes are through the roof.

It’s not just equity prices that are hitting new highs in 2021. Trading volumes for stocks and options are at records as well.

“For trading volumes, the new year starts at a consistent, unprecedented strong & record pace,” according to Rich Repetto, who tracks trading volumes at Piper Sandler.

Much of it is being driven by retail investors, who are continuing the high level of engagement that began in 2020. The increased volumes are pushing electronic brokers like Interactive Brokers and Charles Schwab to new highs, along with exchanges like ICE and Nasdaq.

When will the mania for stock and option trading ease? “Everybody has said it’s going to subside, but they have been saying that for six months,” said Interactive Brokers’ Steve Sosnick.

Volumes are way up: Is it all retail?

Stock volumes exploded in 2020, and have increased even more in the early days of 2021:

What accounts for these rises? Repetto believes the majority of the gains are due to increased retail participation, for several reasons:

“You don’t see an institution buying one contract,” Repetto said.

Put it all together, Repetto said, and the evidence points to increased retail trading as the primary culprit in the overall increase in volume.

What is retail buying?

While attention focuses on big names like Tesla as a target of retail interest, Sosnick believes that much of the real volume increase is coming from obscure names on the low end of the trading universe.

“There is a lot of volume in low-priced stocks, $2 or $3 obscure stocks where volumes have exploded.  That tells me people are chasing momentum. They move because they start moving. People start talking about them [in chat rooms] and they move,” he said.

As for options trading, Sosnick notes that the same phenomenon — buying out-of-the-money call options that was so popular in 2020 — continues.

“There is still a phenomenal interest in options, particularly short-dated calls,” he said. “Those are the options with the longest odds against the buyer because they decay so rapidly, but they keep working as long as markets and individual stocks keep going up.”

Is there any sign of retail traders getting more cautious? Interactive Brokers CEO Thomas Peterffy told CNBC last month that his clients at that time were net short the market.

It’s not clear if that trend is ongoing, particularly since the markets have continued to move into record territory.

“The two natural options trades are call writers [sellers] and put buyers because that’s the way of insuring your portfolio,” Sosnick said. “That has been turned on its head. Put buyers still exist, but they are being swamped by the people buying calls.”

When will this end? Sosnick doesn’t know, but looks for signs in another very speculative venture. “While I never want to dismiss retail investors, there is a level of speculation that seems unsustainable,” he said. “When I look at bitcoin potentially rolling over, that doesn’t bode well because I consider that the bellwether for speculative fervor.”