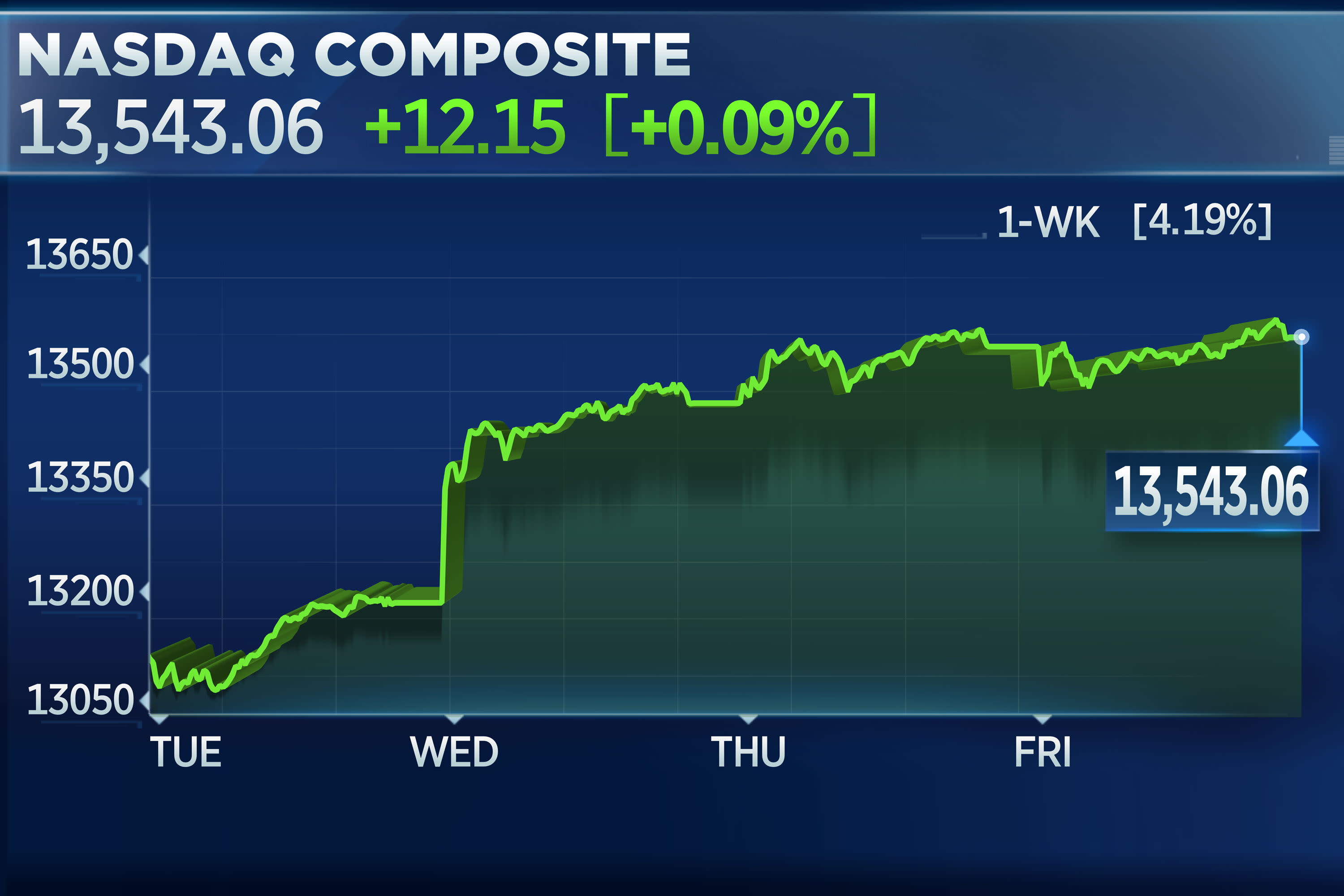 The S&P 500 fell slightly on Friday, retreating from record levels, while the strength in major technology names pushed the Nasdaq Composite to another all-time high.

Hopes for a robust earnings season from the largest communications and tech companies sparked a rally in mega-cap stocks during the holiday-shortened week, pushing the broader market higher. The Nasdaq climbed 4.2% this week, while the S&P 500 and the Dow gained 1.9% and 0.6%, respectively.

Apple rose another 1.6% Friday, bringing its weekly gain to 9.4%. Facebook and Microsoft also rallied 9.2% and 6.3%, respectively, this week. These big tech companies are scheduled to report earnings next week.

“Unlike earlier this month, this week’s rally has been led by growth stocks and mega-cap tech names,” Mark Haefele, chief investment officer at UBS, said in a note. Netflix’s “strong results and plans to return cash to shareholders supported a rally in the other FAAMNGs ahead of their forthcoming earnings releases.”

Investors reassessed the outlook for President Joe Biden’s ambitious Covid stimulus plan. A growing number of Republicans have expressed doubts over the need for another stimulus bill, especially one with a price tag of $1.9 trillion proposed by Biden. Meanwhile, Democratic Sen. Joe Manchin has criticized the size of the latest round of proposed stimulus checks. Dissent from either party carries weight for Biden, who took office with a slim majority in Congress.

Cyclical sectors, or those that would benefit most from additional stimulus, have put pressure on the broader market this week. Energy, financial, and materials were the biggest laggards, losing at least 1% each this week.

Meanwhile, with the S&P 500 up another 2.3% this year, some investors believe the market may be getting ahead of itself as hiccups with the vaccine rollout and economic reopening remain likely going forward.

“The Covid pendulum, which normally emphasizes vaccine optimism over the harsh near-term reality, is swinging back towards the latter (for now) as epicenter stocks get hit hard in Europe,” Adam Crisafulli, founder of Vital Knowledge, said in a note Friday.

Meanwhile, a Senate committee on Friday overwhelmingly supported former Fed Chair Janet Yellen as Biden’s Treasury secretary. If confirmed, she would be the first woman to lead the department.