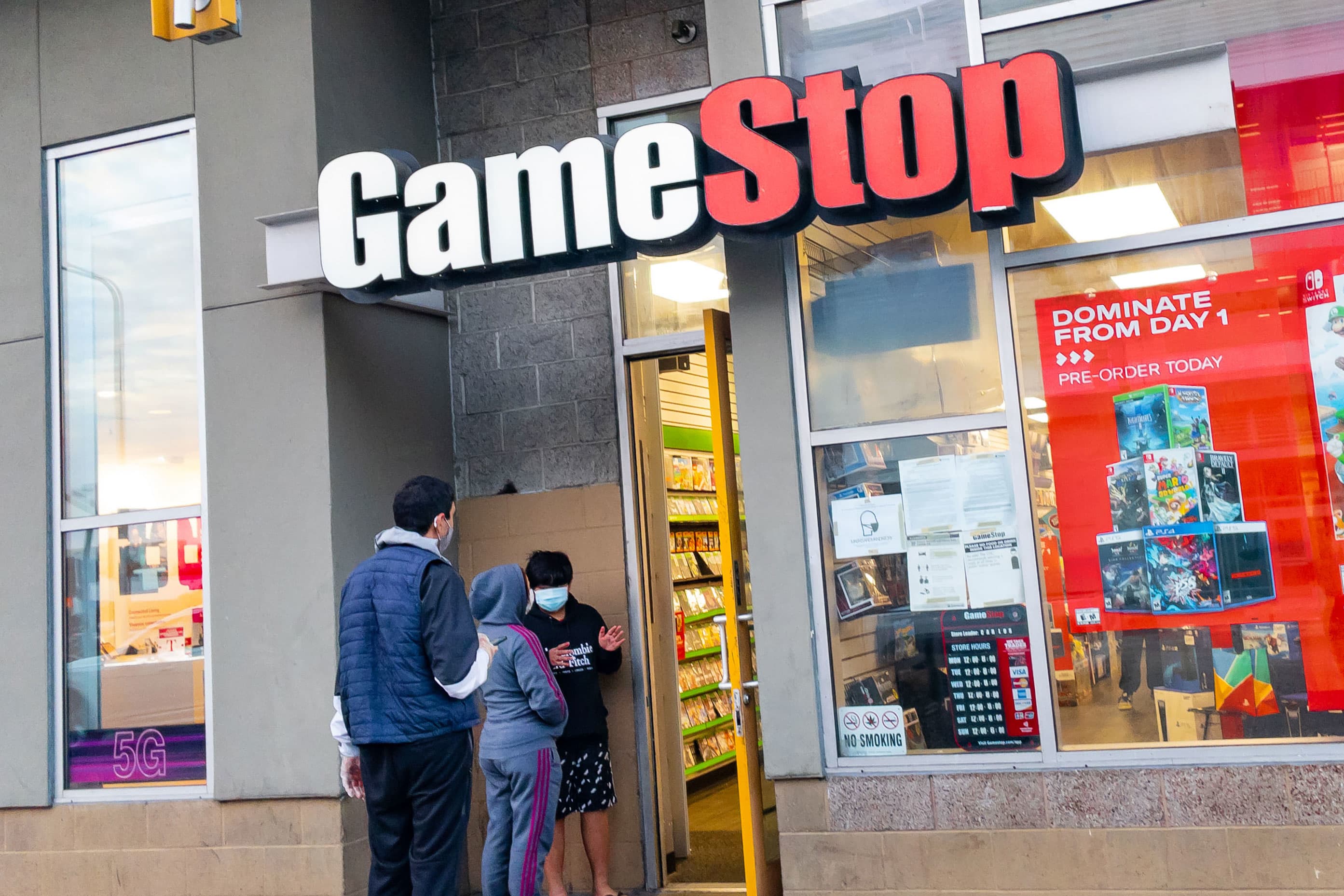 Trading in GameStop has reached fever-pitched levels and shows little sign of breaking.

Despite the plunge in prices during Thursday’s session after several brokerages put limits on buying and selling, the stock is up a head-spinning 500% in a week.

It’s possible this is just the beginning of a new wave for Wall Street.

“The people are saying, ‘Screw Wall Street,'” said Alex Imas, a behavioral economist at the University of Chicago’s Booth School of Business.

Imas said we may be seeing a major change in the power of social media networks when it comes to influencing tradeable assets.

“What we’ve seen from this episode with GameStop is that networks like Reddit have the power to move a stock faster and further and to hold it at elevated levels longer than believed, and coordination on these platforms is allowing it to happen.”

Investors have become used to a system where the stock market provides a place where people get independent signals and decide on their own if it’s time to buy or sell. But, Imas said, “these social networks that can be a platform for the large scale coordination of an idea can make an asset depart from its fundamental value.”

Traditional Wall Street analysts who cover the ailing video game retailer clearly don’t believe there is a fundamental case for the stock to be up 1,400% in the first few weeks of 2021. As GameStop rose to stratospheric levels, Bank of America analysts covering the stock once again told investors to take their profits now.

In an investor note Wednesday, they said the stock is worth a mere $10 a share.

“The more business shifts from in-store transactions, the more difficult it will be to sell high margin pre-owned and collectible merchandise” which accounted for 46% of GameStop’s sales in 2019, the analysts said.

Of the six analysts covering the stock recorded by FactSet, the highest price target is $33 a share. As of midday Thursday the stock was trading close to $215 per share after falling from a session high of $483 per share.

There are other examples of when prices have soared, departing from fundamental value, but not like this — where a group of people suddenly decided to coordinate to drive a stock up. Anything with a dot-com suffix rose through the late 1990s during a tech boom stock market experts had trouble explaining.

In March 2000, the Nasdaq hit a high of 5,048 before losing 76% of its value over the next two years. The runup was due to many factors, including the birth of internet stock chat rooms, but nothing with the power we see today on platforms like Reddit.

Imas said Wall Street is going to have to contend with the fact that this new form of grassroots collaborative investing is changing the landscape.

“Investors have shown they can organize and have the ability to coordinate for kicks, like it’s a game, and can clearly make real money at the same time,” he said.

He added that it doesn’t appear there’s anything illegal with the process, “and I don’t see why we won’t see more of this and why people won’t get together as a group and make some money.”

The coordination “can apply to anything that’s tradeable,” he said.

Correction: GameStop is a video game retailer. An earlier version of this story misstated the business model.