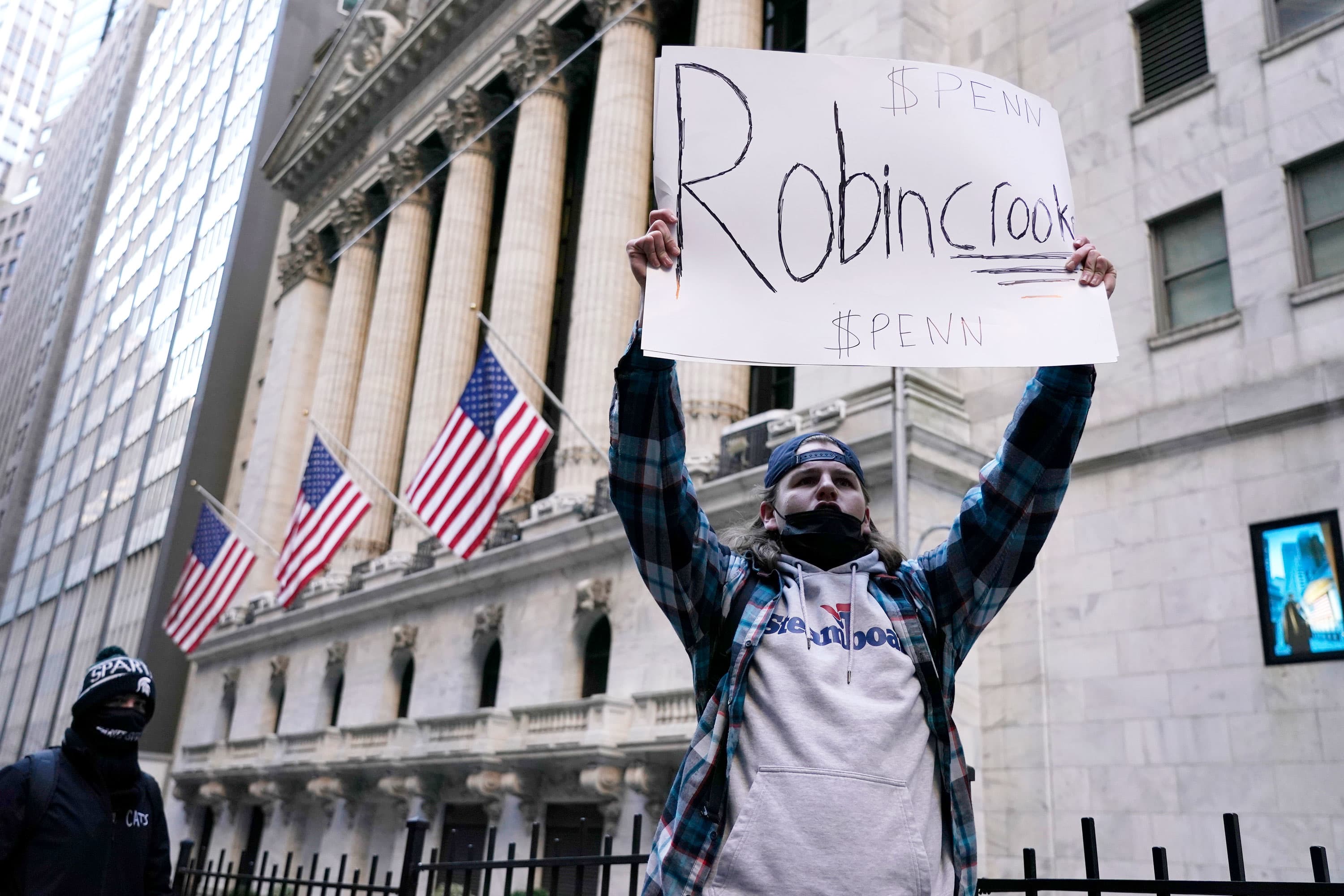 GameStop mania took Wall Street by storm, thanks to a legion of retail traders glued to the WallStreetBets message board on Reddit.

Shares of the struggling brick-and-mortar video game retailer skyrocketed 400% in the past week, closing out January with a whopping 1,625% gain. A band of amateur traders in WallStreetBets forum, whose members have tripled to 6.5 million in just a week, aimed to bid up heavily shorted stocks “to the moon,” creating massive short squeezes that some believe caused a turmoil in the broader market.

The rally backfired on Robinhood, the free-trading pioneer and popular app. The young broker that wants to go public this year had to tap credit lines, raise new funds and throttle back trading in a list of the short-squeeze names. We learned Saturday morning in a new post from Robinhood why, with the broker explaining that the central Wall Street clearinghouse mandated a ten-fold increase in the firm’s deposit requirements on the week in order to ensure smooth settlement in trades involving the securities experiencing unprecedented volatility.

The reckless retail buying frenzy drew attention from high-profile investors including Elon Musk and Chamath Palihapitiya as well as a slew of lawmakers calling on regulators to intervene.

Here’s how the mania unfolded in the past week:

The fast and furious action began Monday with GameStop shares more than doubling and within two hours turning red. The stock eventually closed 18% higher after multiple trading halts throughout the day.

The extreme volume in the name also started to raise eyebrows. GameStop was traded more than any S&P 500 stock on Monday.

Enthusiastic day traders on Reddit pushed one another to keep doubling down on GameStop. One top post Monday said “IM NOT SELLING THIS UNTIL AT LEAST $1000+ GME.”

The struggling game retailer is a popular short target on Wall Street. In fact, more than 130% of its float shares had been borrowed and sold short, one of the most shorted names in the U.S. stock market, according to FactSet. Retail traders this month realized they could cause an artificial pop in the name if enough of them bought, forcing hedge funds betting against the stock to cover their losses by buying back the shares themselves. The squeeze game began to intensfiy.

“Chasing the squeeze is like buying a lottery ticket,” Lindsey Bell, chief investment strategist at Ally Invest, said in a note. “You might profit, but you might also lose everything. This type of speculative trading is more about luck and less about skill.”

A demonstrator holds up a placard saying Robin Crook in front of the New York Stock Exchange, January 28, 2021.

The rally gained steam on Tuesday after Social Capital’s Palihapitiya said in a tweet that he bought GameStop call options betting the stock will go higher. Shares of GameStop surged to nearly $150 on Tuesday.

Tesla CEO Musk also chimed in on the phenomenon on Twitter and linked to the WallStreetBets message board. He tweeted to his 42 million followers “Gamestonk!!”

Reddit users continued to show off their massive returns from trading in GameStop. One trending post featured a screenshot of the user’s brokerage account with an over 1,000% return on the stock.

By mid-week, everyone was talking about GameStop.

CNBC’s Andrew Ross Sorkin reported that Melvin Capital closed out its short position in the stock on Tuesday afternoon after taking a huge loss. Citadel and Point72 had to infuse close to $3 billion into the hedge fund to shore up its finances.

While GameStop kept soaring, other heavily shorted names with troubled businesses — like AMC Entertainment and Bed Bath & Beyond — also got caught up in the Reddit-fueled frenzy.

AMC jumped 300% on Wednesday alone with more than one billion shares changing hands in its highest volume day ever. Bed Bath & Beyond popped 43% Wednesday, while Koss soared 480% on that day.

GameStop dropped 44% on Thursday, falling for the first time in six days as Robinhood and Interactive Brokers limited trading in several of the heavily shorted names to closing positions only, meaning that traders could not buy up shares as the prices fell.

Other speculative names with high levels of short interest, including AMC Entertainment, Blackberry and Bed Bath & Beyond also dropped sharply.

The decision by Robinhood, which has presented itself as the free-trading friend of the small investor,causes a backlash with its customers taking to social media to express their outrage.

It also drew the scrutiny of political officials from both sides of the aisle. Rep. Alexandria Ocasio-Cortez weighed in on Twitter, calling Robinhood’s new parameters “unacceptable.”

Robinhood CEO Vlad Tenev came on CNBC Thursday night to say that it took those unusual actions so the broker could continue to meet rising deposit requirements and denied it was because of any liquidity issues.

“In order to protect the firm and protect our customers we had to limit buying in these stocks,” Tenev told CNBC.

We would later learn just how much those deposit requirements increased for the broker. Robinhood said its mandated deposit requirements soared ten-fold during the week. Robinhood clears its trades through its clearing broker Robinhood Securities, which is a member, along with others, of a central clearinghouse on Wall Street. This clearinghouse ensures orderly settlement of trades, a process that takes two days. For a stock rising 100% and falling 40% in single sessions, two days becomes a much riskier time period and more collateral is demanded according to the clearinghouse rules.

“It was not because we wanted to stop people from buying these stocks,” Robinhood explained in the post on Saturday. “We did this because the required amount we had to deposit with the clearinghouse was so large—with individual volatile securities accounting for hundreds of millions of dollars in deposit requirements—that we had to take steps to limit buying in those volatile securities to ensure we could comfortably meet our requirements.”

Robinhood raised $1 billion overnight from investors and taps credit lines to ensure it can meet those requirements.

Shares of GameStop spiked again on Friday as Robinhood said it would resume limited trading in these highly volatile names.

The speculative stocks gave back a chunk of their gains after Robinhood tightened restrictions throughout the day, only allowing clients to buy only a single share of GameStop. The stock trading app also expanded its list of restricted stocks from 13 earlier in the day to 50.

GameStop, which had doubled in earlier trading Friday, traded off its highs. It would recover into the close and end Friday up more than 67%

The Securities and Exchange Commission said Friday it is reviewing recent trading volatility that has led to a meteoric rise in GameStop and AMC.

“We will act to protect retail investors when the facts demonstrate abusive or manipulative trading activity,” the SEC said in a release. The regulator also pledged to clamp down on brokerages that may have “unduly” limited customers’ ability to trade.

Amid the meteoric rise in GameStop shares, short sellers have suffered nearly $20 billion in losses this month. However, they are not showing signs of surrender.

Short-selling hedge funds have mostly held onto their bearish positions or they are being replaced by players willing to bet against the stock.

Most on Wall Street agree the GameStop trade will soon end very badly for the retail traders who are still long. There’s hope that the frenzy will lead to tough lessons learned and some lasting interest in investing.

“The fact that more people are interested in the market and more people are thinking about investing is a good thing,” said Michael Katz, partner at Seven Points Capital. “They just have to make sure they are educated and they are monitoring what they are doing, not just buying into the hype.” 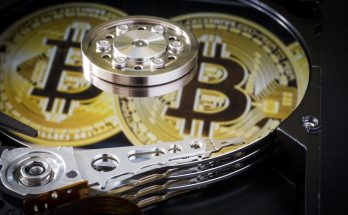 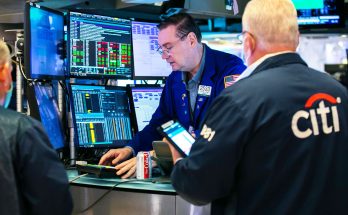 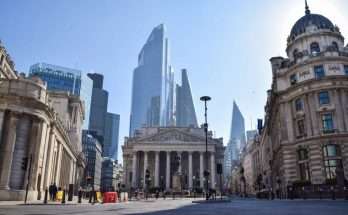