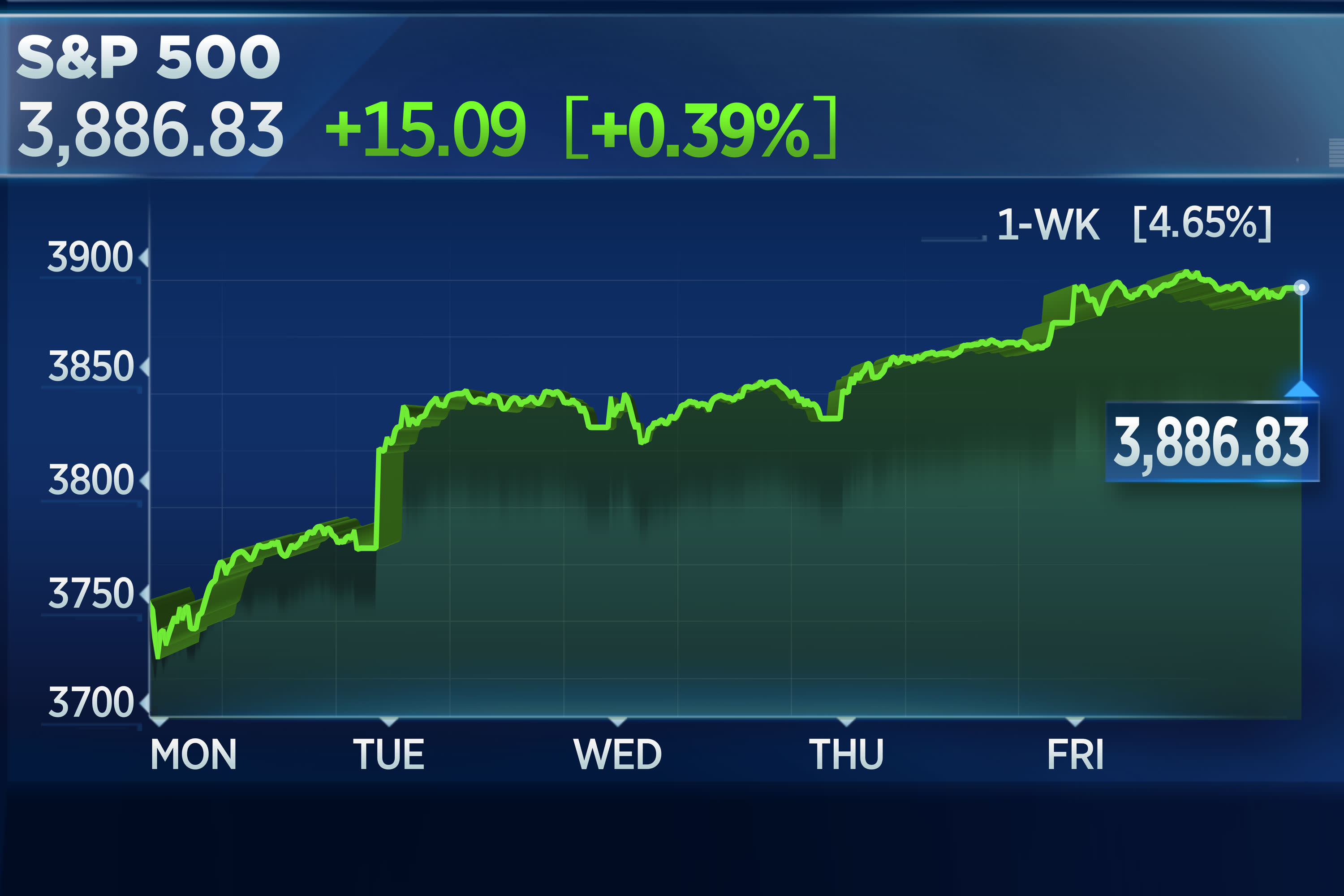 U.S. stocks climbed on Friday, wrapping up a strong week on Wall Street as investors hoped a disappointing January jobs report would increase the likelihood of further stimulus.

All three major benchmarks notched their best week since November. The blue-chip Dow gained 3.9% for the week, while the S&P 500 and the tech-heavy Nasdaq jumped 4.7% and 6%, respectively. The small-cap Russell 2000 rallied 7.7% for its best weekly performance since June.

The Labor Department said the U.S. added 49,000 jobs in January, slightly below the 50,000 payrolls expected by economists. The unemployment rate fell to 6.3%, better than projections of 6.7%. December’s numbers were revised much lower, with the month posting a loss of 227,000 from the initial reading of 140,000 jobs lost.

“The jobs number was particularly underwhelming as far fewer jobs were expected,” said Chris Zaccarelli, chief investment officer at Independent Advisor Alliance. “Ultimately, the stock market is anticipating continuing healing in the economy and has been moving higher because of Federal stimulus, which arguably is the bigger story.”

The Senate passed a budget resolution early Friday, as Democrats move forward with the process to pass a $1.9 trillion coronavirus relief bill without Republican votes. The package includes $1,400 stimulus checks, a supplemental jobless benefit and Covid-19 vaccine and testing funds.

President Joe Biden on Friday warned that Republican efforts to pass a smaller bill would only prolong the economy’s path to recovery.

The Cboe Volatility Index, known as the VIX, has fallen more than 12 points this week to around 21 Friday with a speculative trading frenzy dissipating. Some on Wall Street believe if the fear gauge breaks below 20, it could send a big “risk on” signal as the level would trigger buying from algorithmic traders and other big players.

Wall Street was also in the middle of a solid earnings season. Of the 184 companies in the S&P 500 that have reported earnings to date, 84.2% topped analyst expectations, according to Refinitiv.

“The rally’s three pillars actually got stronger: Q4 earnings continue to dramatically exceed expectations, more stimulus is being poured into the economy, and the vaccination pace is accelerating,” Adam Crisafulli, founder of Vital Knowledge, said in a note.

Correction: A previous version misstated the initial reading of December’s jobs report. It also misstated which stock indexes are on track to post their fifth straight positive day. The indexes are the S&P 500 and the Dow.