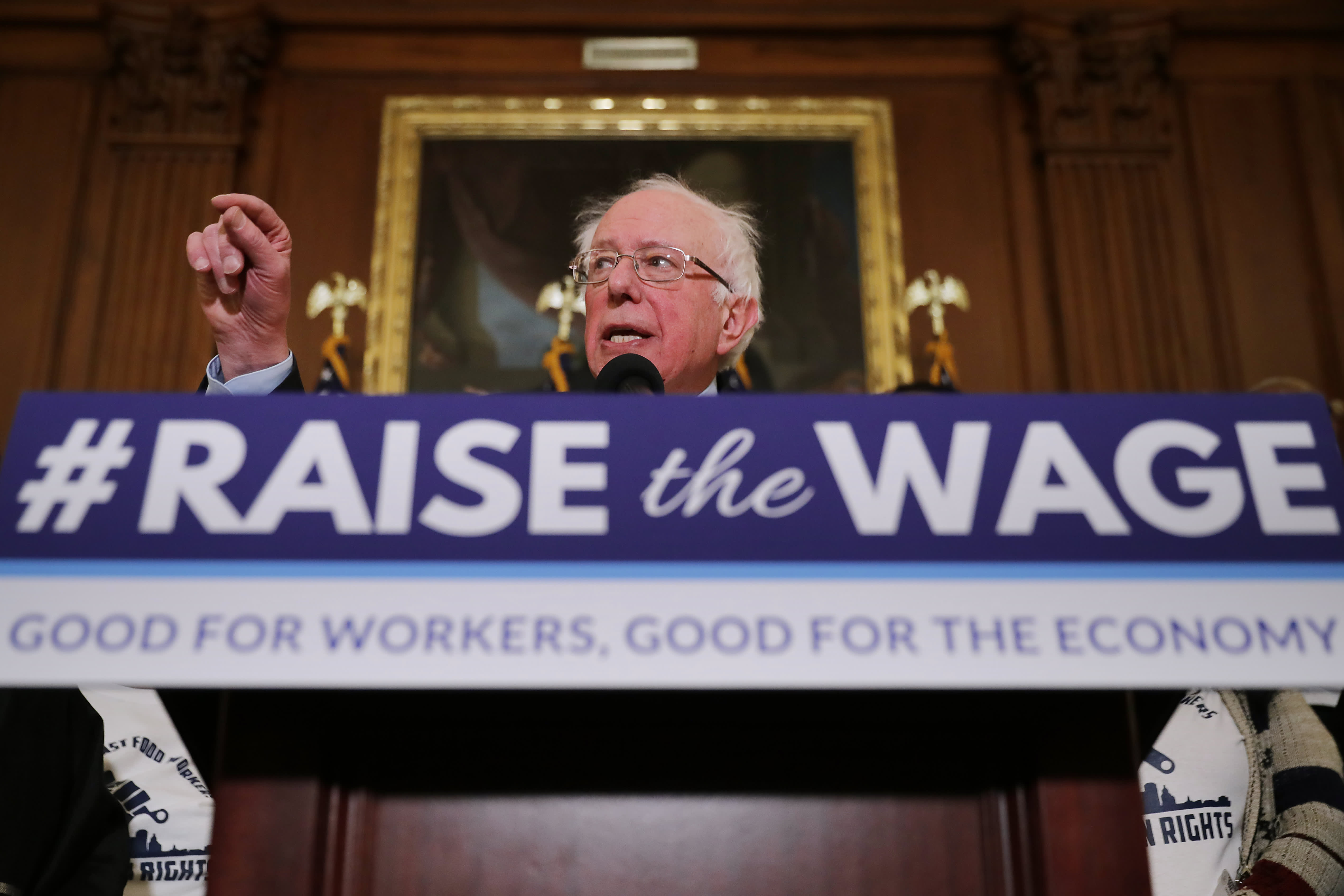 One third of small business owners say they’ll likely lay off workers if Congress raises the federal minimum wage to $15 an hour, according to the latest quarterly CNBC|SurveyMonkey Small Business Survey.

The fight over the federal minimum wage has emerged as one of the more contentious elements of the larger battle on Capitol Hill over President Biden’s $1.9 trillion Covid relief package.

A Democrat-led bill — introduced last month and formally known as Raise the Wage Act — was dropped from a Senate bill last week, and President Biden said Sunday a wage hike was unlikely. But the House Education and Labor Committee included the provision in a first draft released this week, formally known as Biden’s American Rescue Plan. Democrats aim to push the broader bill forward by arguing for reconciliation, a process which wouldn’t need broad Republican support.

Overall, 54% of small businesses oppose raising the minimum wage, according to the Q1 2021 CNBC|SurveyMonkey Small Business Survey, which includes responses from 2,111 small business owners nationwide and was conducted from Jan. 25-Jan. 31 using the SurveyMonkey platform.

Twenty percent of small business owners said they would be forced to lay off workers if the minimum wage increases to $15/hour, while another 13% said they’d likely be raising wages for some workers while laying off others.

Politics of the minimum wage

The minimum wage battle on Main Street splits along party lines. Small business owners who identify as Democrats were more than four times as likely as Republicans (89% vs. 20%) to support raising the minimum wage, though the small business demographic skews conservative overall.

A survey of small business owner views on raising the federal minimum wage to $15/hour reveals a partisan split on Main Street over the issue.

The higher federal minimum wage has widespread support among the general public, according to the survey’s non-small business owner response group (65% support, while 33% oppose).

A recent analysis from the nonpartisan Congressional Budget Office forecasts that raising the minimum wage could raise up roughly 900,000 Americans currently straddling the poverty line and affect a combined 27 million Americans making below or above the minimum wage. The CBO forecast also projects a $54 billion federal deficit through 2031 and 1.4 million fewer jobs.

Pandemic fears and hopes for relief on Main Street

For some small business owners, already battered by pandemic shutdowns and the economic downturn, more than doubling the minimum will increase expenses, lead to layoffs, and potentially shutter businesses. A majority of small business owners support President Biden’s $1.9 trillion Covid relief plan, according to the CNBC survey, at a time of declining Main Street confidence and an uptick in fears from small business owners that they cannot last another year.

“We certainly appreciate the sentiment of bringing people out of poverty, but I think you have looked at the unintended consequences which is they’re going to be a lot of people laid off from their job altogether,” said Molly Day, vice president of public affairs at the National Small Business Association.

The organization and most of its members have long opposed minimum wage hikes, and the proposed bill is particularly difficult for businesses with low-profit margins, Day said.

Corporate America, including an influential trade group that represents the largest companies such as Walmart, JP Morgan and Apple, has said it believes the minimum wage battle is an impediment to passing the relief small businesses need, and while many of the country’s largest companies support a higher minimum wage and already pay one, now is not the right time to legislate the issue nationally.

“Pushing through a minimum wage increase that in the short run can be very damaging to small businesses unless it is crafted in way that takes into account regional differences and appropriate carve outs … that will take a lot of time to negotiate and this package is not the right place to do it,” president and CEO of the Business Roundtable Josh Bolten recently told CNBC.

Some of the nation’s top CEOs have made this case directly to President Biden.

Small business owners like Aaron Seyedian have long utilized MIT’s living wage calculator to account for cost of living and set pay, which differs by region. Seyedian, who employs ten workers at his D.C. area business called Well-Paid Maids, is willing to pay his employees more if it means they can keep the phone on and prevent canceled shifts or callouts.

“Even if it only moves a dollar, I think that’s a big difference in someone’s life,” he said.

Geography does influence support levels for a higher minimum wage. Small business owners in the Pacific region (Alaska, California, Hawaii, Oregon, Washington) and the mid Atlantic (New Jersey, New York, Pennsylvania) are some of the most supportive of a $15 federal minimum wage, and also some of the most likely to say they won’t have to raise wages or lay off workers in order to comply with the proposed change.