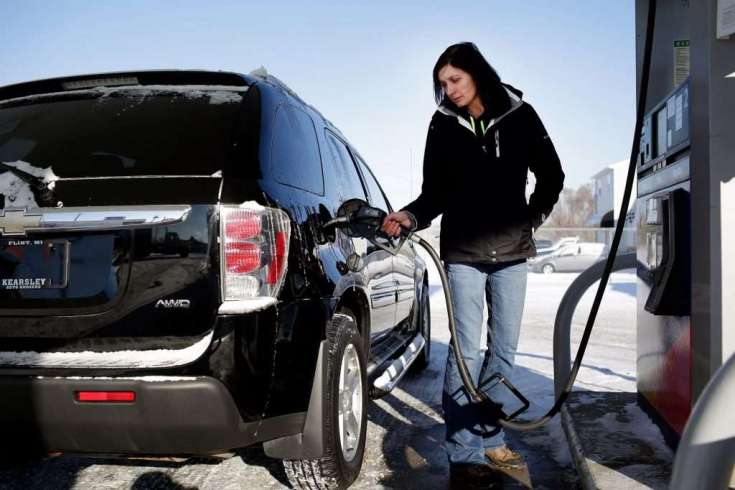 Investors are waiting for inflation to pick up, but the consumer price index should show just a slight gain in January, boosted by rising gasoline prices.

Economists expect a consensus 0.3% increase in the index, a measure of inflation, or a year-over-year gain of 1.5%, according to Dow Jones. Excluding food and energy, it is projected to rise by 0.1%.

The CPI report is scheduled to be released at 8:30 a.m. ET Wednesday.

Stephen Stanley, chief economist at Amherst Pierpont, said he expects higher gasoline prices to be a factor in the CPI, which he expects to increase by 0.4%. Prices for unleaded fuel averaged $2.46 per gallon nationally Tuesday, up from $2.30 per gallon in early January, according to AAA.

“I’m expecting a little bit of craziness because every month, it seems that’s what we get,” said Stanley. “Even when the headline numbers are reasonably close to what you would expect, the categories are all over the place because of the pandemic.”

For instance, he said, motor vehicle insurance and used car prices have been volatile. The cost of used vehicles may still be down, but could rise again in coming months, said Stanley.

As interest rates have risen recently, the market has also been anticipating higher inflation. Even though it is still expected to remain mild, investors are watching for any early signs.

“Inflation has become a much more important part of the market conversation, particularly because of the rise in commodities prices and the rise in interest rates,” said Peter Boockvar, chief investment officer at Bleakley Advisory Group.

The Federal Reserve has changed the way it looks at inflation, and now considers a range around its prior 2% target. That means inflation could run a little hotter than the Fed would have previously accepted before tightening policy — that is, raising interest rates to slow it.

“The year-over-year numbers are going to rise considerably in the spring,” said Stanley of Amherst Pierpont. “The Fed has already flagged that so they’re going to ignore that.”

A jump in inflation should come as prices are measured against last March and April when the economy was shut down by the coronavirus pandemic. Economists expect in coming months that the impact of stimulus spending could pressure prices.

Stanley said rents, for instance, have been falling but the CPI is heavily tilted toward urban areas, like New York. Rents are dropping there, but they are rising in other locales.