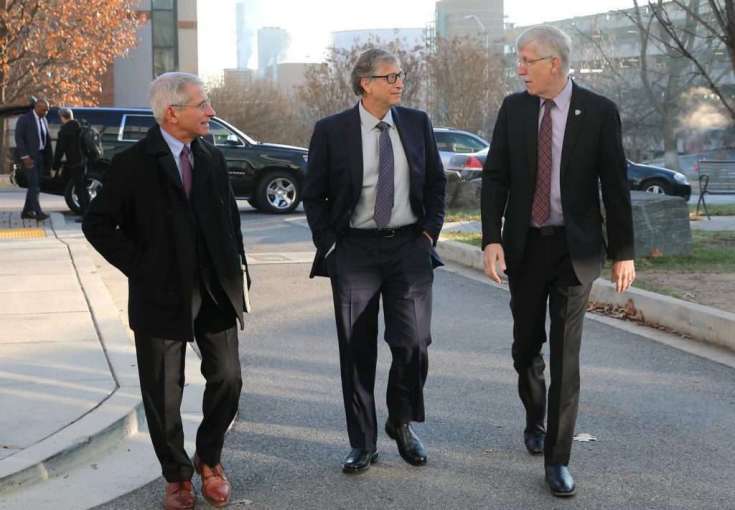 Dr. Anthony Fauci and billionaire philanthropist Bill Gates talk regularly these days, and as you would imagine, they mostly talk about ending the pandemic.

More specifically, right now, “we’re talking a lot about these variants and what that will do,” Gates, whose Bill and Melinda Gates Foundation has committed $1.75 billion to the fight against Covid-19, told Frances Stead Sellers during a Washington Post Live Special Wednesday. There are multiple Covid variants, emerging from the United Kingdom, South Africa and Brazil, which spread more easily and quickly.

While the new variants don’t affect the ability to diagnose Covid, “it does mess up the antibodies,” Gates said. “To some degree, it’ll affect the vaccines.”

The mRNA vaccines from Moderna and Pfizer-BioNTech currently in use in the U.S. and other countries appear to provide a degree of protection against the U.K. and South African strains. However, the AstraZeneca vaccine, which is approved for emergency use in the U.K. and India, only offers “minimal protection” against mild to moderate disease caused by the South African coronavirus variant. Johnson & Johnson, which applied for emergency use authorization in the U.S. Feb. 4, also said its vaccine provides less protection on the South African strain.

With that in mind, Gates said that he and Fauci are currently discussing whether “we need to create a new variant of the vaccine.” Gates’ foundation is funding trials in Brazil and South Africa that will produce more definitive data about whether or not a new vaccine is needed, he said. That data will be available later this month, he said.

“[Fauci] and I were talking about the critical path in our last call and how to orchestrate Gates Foundation resources and government resources to get to the bottom of those questions,” Gates said.

Gates said Fauci and the scientists on the Foundation’s team often share information, during an interview with CNBC’s “Squawk Box” in October. For example, Fauci sees scientific innovations (like research on antibody therapies for Covid) that may not be on the Foundation’s radar; and the Foundation can provide a global perspective that informs Fauci’s work, he said.

“It’s a helpful collaboration, which we’ve always had,” Gates said.

Early on in the pandemic, during the Trump administration, Gates said “sometimes those conversations [with Fauci] would be a bit frustrating.” For example, he and Fauci would discuss innovations, but “it wasn’t clear who [in the administration] would pay attention.”

The pair have also been the target of baseless conspiracy theories around the virus, including that Gates was using Covid-19 vaccines to implant monitoring microchips in billions of people.

“Dr. Fauci and I are out in the conspiracy theory threads quite a bit,” Gates said in the Washington Post interview.

“[I]t’s disappointing that that kind of titillating, oversimplistic explanation is easier to click on then, you know, the truth about what a great job the world has done to get these vaccines going,” Gates said.

Check out: Double-masking with surgical and cloth reduces Covid exposure up to 96%: CDC