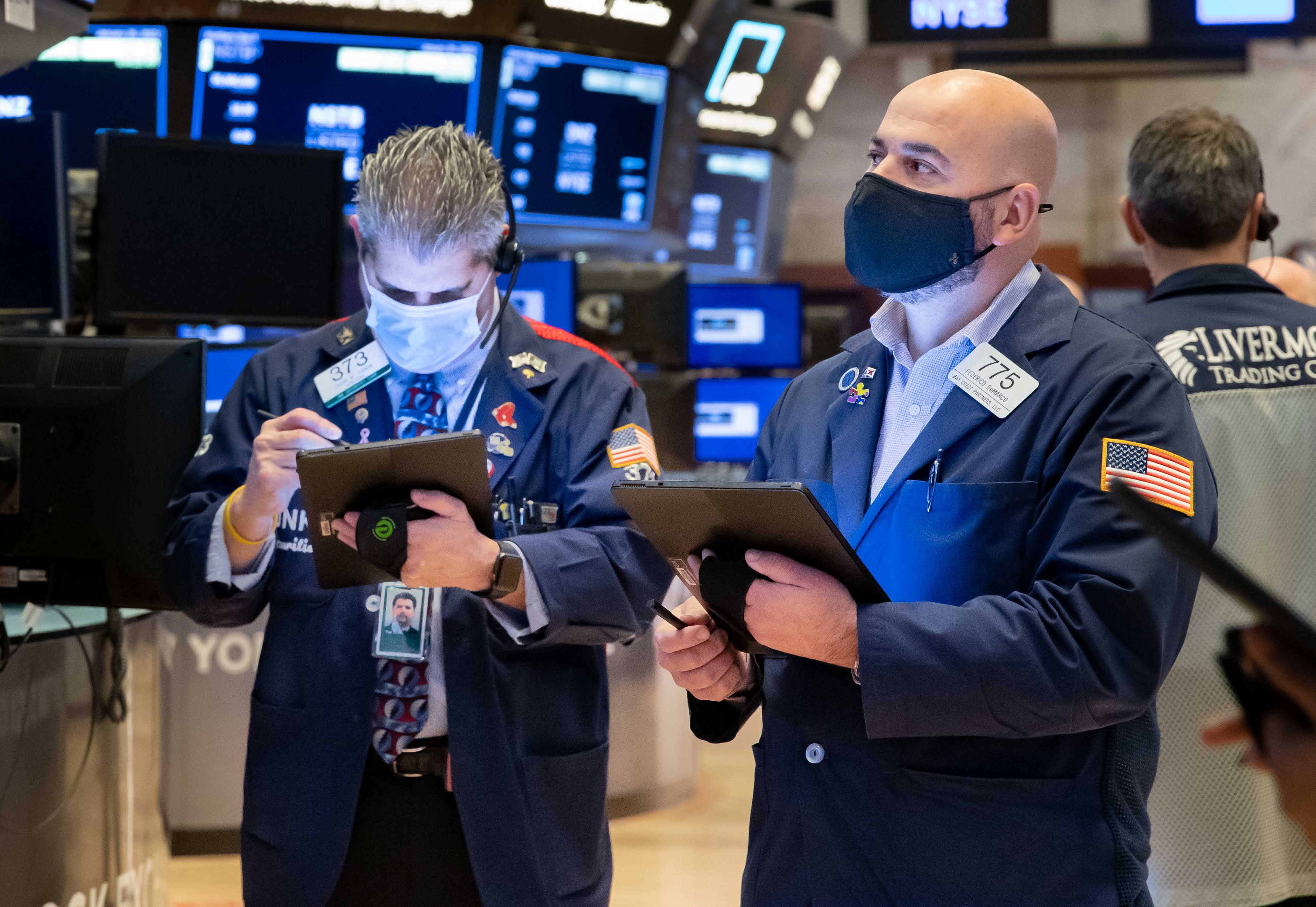 U.S. stock index futures were modestly lower in overnight trading on Tuesday after the Dow closed at a record high.

Futures contracts tied to the Dow Jones Industrial Average slid 35 points. S&P futures were were down 0.18%, while Nasdaq 100 futures slid 0.29%.

The move comes after the Dow closed at a record high during regular trading on Tuesday, the 30-stock average’s eighth record this year. The index also hit an all-time intraday high, fueled by strength in shares of Salesforce. The S&P 500, meanwhile, fell 0.06% during a volatile session of trading, while the Nasdaq Composite dipped 0.34%. Apple had the most negative impact on the tech-heavy index, sliding 1.6%.

“If you look at any historical norms, valuations are stretched. But we’ve never seen the long bond at 1.3% and so we’re in unchartered waters here so higher P/Es are justified based on lower interest rates,” said Scott Black, founder and president at Delphi Management. “The other thing is the Fed’s going to be highly accommodative … they’re going to keep interest rates low, and so you have the wind to your back.”

Meanwhile, the 10-year Treasury yield topped 1.30% on Tuesday, a level last seen in February 2020. The 30-year rate also hit its highest level in a year. Some on Wall Street believe higher rates could prompt investors to rotate out of equities and into bonds, while also putting pressure on areas of the market, including tech, which have benefitted from the low-rate environment.

But others, including LPL Financial’s Jeff Buchbinder, believe these fears might be overblown.

“Our preference for stocks over bonds — supported by low interest rates — is one of our highest conviction recommendations for 2021,” the equity strategist said. “Several segments of the equity market — particularly the energy sector and banks — offer higher yields than traditional high-quality bonds and offer attractive capital appreciation potential as interest rates rise,” he added.

On the earnings front, Hilton is set to report quarterly results on Wednesday before the market opens, while Owens Corning, Wingstop, Analog Devices and Nabors are among the names on the docket after the closing bell.

Investors will also get a sense of the ongoing economic recovery when January retails sales are released at 8:30 a.m. ET Wednesday. Economists surveyed by Dow Jones are expecting sales to be up 1.2% for the month, following an unexpected decline of 0.7% in December.

Elsewhere in the market, bitcoin briefly topped $50,000 for the first time on Tuesday, as its surge to new record highs continued.