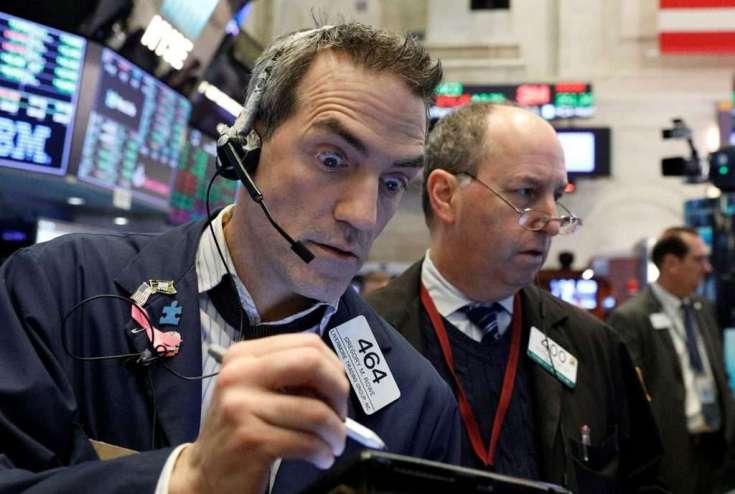 Things are getting weird in the sizzling SPAC market. A leisure SPAC is now doing a biotech deal, while a cannabis blank-check company ended up merging with a space company.

Sponsors are rushing to get their deals done in an increasingly crowded space as more than 370 U.S. blank-check companies with over $118 billion in capital are seeking to make a match, according to data from SPAC Research. Nearly 60 SPACs identified their merger targets in February alone, the biggest month ever, the data said.

“They are bringing lower and lower quality companies public,” said Ross Mayfield, investment strategy analyst at Baird. “They run up against the capacity of reasonable quality companies especially in the niches that are popular.”

Faced with intense competition, deadline pressure and a volatile market, some SPACs had to settle for less ideal targets, and in some cases, throw their entire blueprint out the window. And the rally in red-hot SPAC stocks has started to roll over as shareholders scramble to redeem when deals turn out to be disappointing.

The proprietary CNBC SPAC 50 index, which tracks the 50 largest U.S.-based pre-merger blank-check deals by market cap, dropped more than 15% in the past two weeks, wiping out all of its 2021 gains. The CNBC SPAC Post Deal Index, which is comprised of the largest SPACs that have come to market and announced a target, tumbled a similar amount and is now down 10% on the year.

Last month, Leisure Acquisition Corp., a SPAC that was initially targeting a leisure company as its name suggests, announced a $200 million deal with Ensysce Biosciences, a biopharmaceutical company fighting drug overdoses. Stable Road Acquisition Corp., a cannabis SPAC, also did a major pivot and is closing a deal with space company Momentus.

While one or two cases don’t make a trend, it did raise concerns that the quality of the SPACs could deteriorate going forward just given the sheer number of deals outstanding. SPACs also compete with private equity firms, many of which still have a lot of dry powder to deploy.

“There could be no deal, or there could be a deal with a company that is not necessarily warranted of being a public company,” said Sylvia Jablonski, chief investment officer at Defiance ETFs, which launched the first ever SPAC ETF (SPAK) in September. “If time has gone by and they haven’t done one, there is a chance that they could just do a bad merger to complete it because now all this time, energy and investment has gone into it.”

The SPAC trade, which once seemed like it could only go up, may have started to come undone as more of the SPACs’ chosen takeovers flop. The speculative areas of the market also tend to get hit hard when volatility spikes.

“The sharp end of the stick, which is the IPO space, is going to feel more pain when you have a risk-off move than other areas of the market,” said Justin Lenarcic, Wells Fargo, senior global alternative investment strategist.

SPACs stand for special purpose acquisition companies, which raise capital in an initial public offering and use the cash to merge with a private company and take it public, usually within two years. Excited investors piled into shares of these empty corporate shells hoping they would hit a home run.

Some of the high-profile deals are trading more than 40% above their IPO price, including Bill Ackman’s $4 billion Pershing Square Tontine Holdings and two of Chamath Palihapitiya’s SPACs.

“Some people get pulled into a bit of complacency when they hear that SPACs are risk-free because you have the ability to redeem your interest if you don’t like the deal … but you also have to realize that only works if you invest early on,” Lenarcic said. “It really depends on where in the lifecycle of the SPAC you are investing.”

Many retail investors buy SPACs in the secondary market, which means they most likely would miss out on the early pop in common shares as well as the benefits associated with warrants. Meanwhile, for buy-and-hold investors who only get in after a deal is struck, they almost always lose money.

In terms of SPAC issuance, there’s no signs of it slowing down. The funds raised in the first two months of 2021 already rival the capital from a record full year of 2020 — $68.5 billion year to date versus $83.4 billion last year, according to SPAC Research.

“The blistering pace of issuance is likely unsustainable,” David Kostin, head of U.S. equity strategy at Goldman Sachs, said in a note. “SPACs could generate more than $700 billion in acquisition activity in the next two years.”

Some recent new issuance is raising eyebrows on Wall Street. Last month, a SPAC named “Just Another Acquisition Corp.” was filed with the Securities and Exchange Commission to raise $60 million for a deal in an unspecified sector. There’s also “Do It Again Corp.” this week, a Delaware-based SPAC that could target restaurants and retail brands, according to a filing.

“There could be a growing element of FOMO [fear of missing out] here,” Lenarcic said. “I do think you need to be cautious. You certainly need to understand that not all SPACs are created equal, certainly not all sponsors are equal and not all deals are going to work out.”