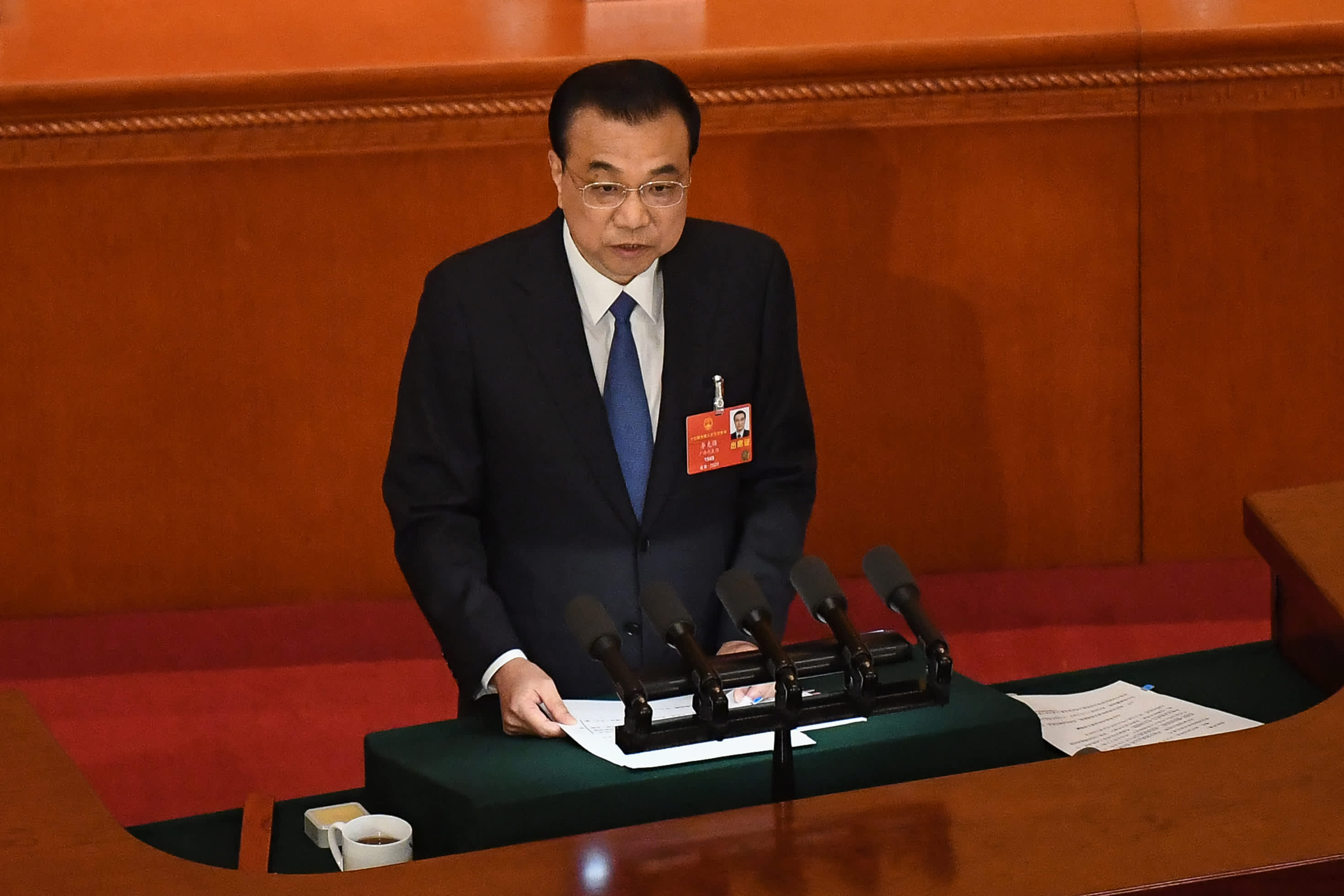 Chinese Premier Li Keqiang delivers his work report during the opening session of the National People’s Congress at the Great Hall of the People in Beijing on May 22, 2020.

BEIJING — As tensions with the U.S. simmer, China’s second-in-command emphasized the country’s need to build up its own talent.

This year, the so-called Two Sessions officially approved China’s development plan for the next five years — and goals for the year 2035. The document lays out seven areas of scientific research that Beijing plans to focus on in an effort to build technological “self-reliance.”

Li reiterated calls for the U.S. to cooperate and not interfere with China’s “internal” affairs, and focused most of his comments on how Beijing intended to bolster its own economy.

After stressing the need to support scientists in research and development, Li said, “I want to say a few words to young students. Regardless of what your future career or ambitions are, you must strengthen your learning of basic knowledge.” That’s according to a CNBC translation of his Mandarin-language remarks.

This knowledge “goes hand in hand” with innovation, Li said. He also said this year, China is determined to improve training of teachers in rural areas, and migrant children with urban resident permits must receive an education.

In addition to domestic talent development and investment in research, Li said China needed to collaborate with other countries on technological development.

In a government work report delivered March 5 and his remarks to reporters Thursday, Li repeated Beijing’s commitment to open its market further to foreign businesses and investment. Beijing had rushed to pass a new foreign investment law during the Two Sessions in 2019, and subsequently pushed ahead with removing foreign ownership limits in major parts of the financial industry.

But the tone during this year’s parliamentary meeting was more subdued. Instead, the premier’s remarks focused more on the potential from China’s growing economy and the state’s efforts to support over 1.4 billion people.

In the face of “very high” pressure on ensuring employment, China aims to create at least 11 million new urban jobs. The country has set a target of over 6% GDP growth this year, and a goal of increasing spending on research and development by at least 7% annually in the next five years.

On Thursday, Li struck a confident tone in China’s ability to find talent to lead that research — and emphasized that anyone in the country could contribute to the national effort to promote innovation.