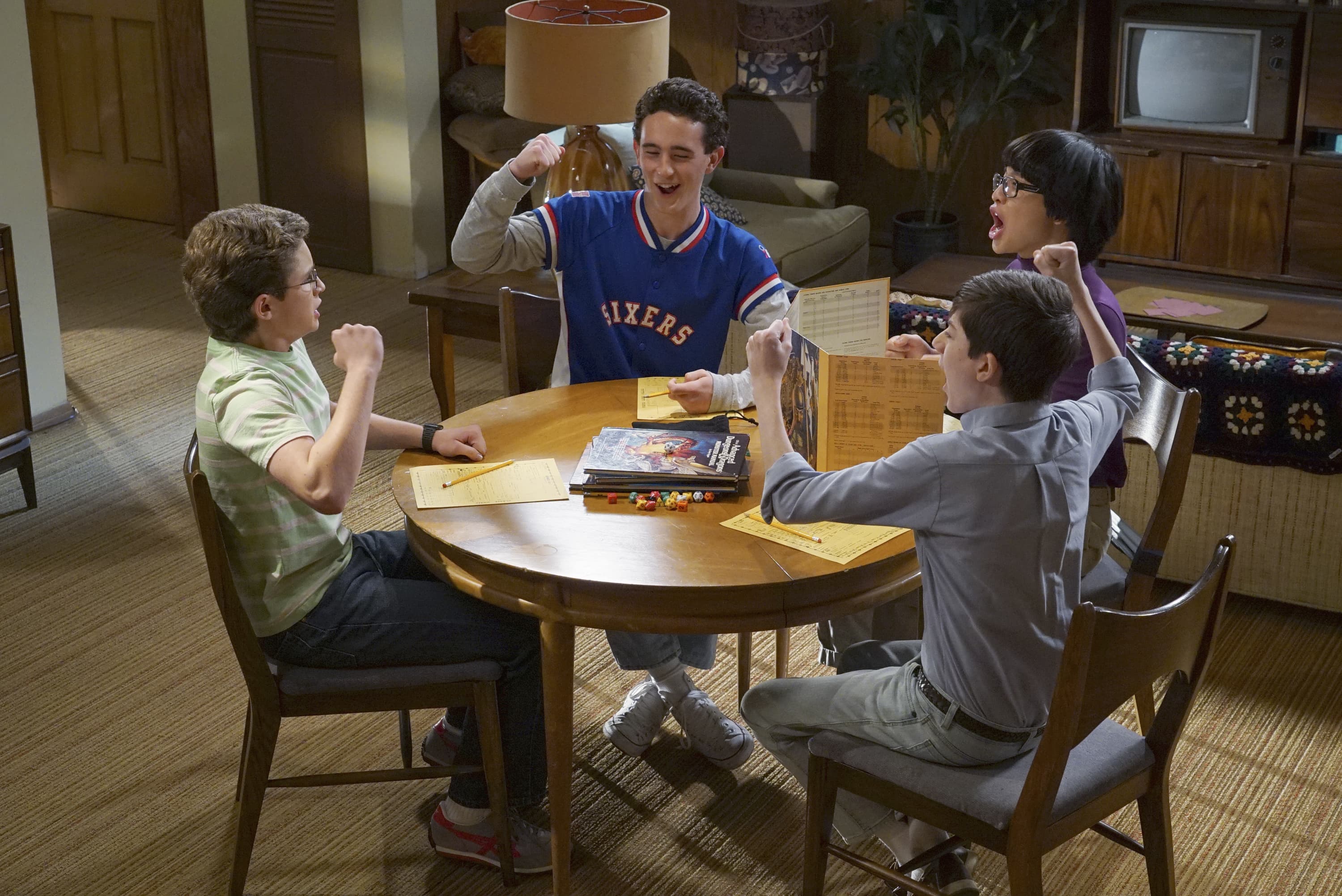 “Dungeons & Dragons, Anyone?” – Adam convinces Coach Mellor to let him be team captain in gym class. He betrays his friends by picking the jocks first, causing the two rivaling squads to battle it out with the game the nerds know best – Dungeons and Dragons!

As the coronavirus spread last year, people around the world were forced inside and apart from each other. For many Dungeons & Dragons players, that meant putting a stop to their regularly scheduled in-person tabletop sessions.

And yet, the D&D brand had its biggest year ever.

With vaccination rates rising, an end to the pandemic appears to be in sight. The D&D brand is emerging in a strong position. Stalwart fans used lockdown to teach friends and family how to play, ushering in a new cohort of dice-rolling enthusiasts that will transition from socially distanced online chatrooms to crowded tables in the coming year.

And parent Wizards of the Coast will have new product for them to devour when they do. The Hasbro division is set to launch two D&D video games this year and accelerate the rate at which it publishes new books and box sets.

D&D sales jumped 33% last year — adding to a six-year growth streak. The toymaker doesn’t share the specific sales total for the brand or for Magic: The Gathering and digital gaming, which also falls under the Wizards’ banner. However, it did report that overall revenue for Wizards rose 24% in 2020, topping $816 million.

First published in 1974, D&D has long been part of popular culture, but its sales have been on a sharp upwards trajectory since 2014 when Wizards of the Coast updated its rulebook and launched what is known to players as the fifth edition. This version is centered more on storytelling than complex game mechanics.

At the same time, there was a rise in the number of people live-streaming D&D games on video platforms like Twitch and posting hours-long sessions on YouTube. Popular D&D groups like Critical Role, High Rollers and Relics and Rarities, which feature voice actors and celebrity players, have continued to fuel interest in the game.

This relaunch, coupled with an increase in social media and video sharing platforms, created a “combustible mixture of explosive growth,” said Chris Cocks, president of Wizards of the Coast.

For generations, D&D has typically been played around a table. The dungeon master organizes the game, setting the quests for players to complete and describing everything they see and hear along their journey. The players create characters, improvising how those heroes — or scoundrels — respond to scenarios and rolling to the dice to determine their success or failure in those actions.

When the pandemic struck, gamers, who often gathered for weekly or monthly sessions in-person, were forced find new ways to interact online. Many turned to video conferencing platforms like Zoom, Teams and Skype to assemble their party and used services like Roll20 or D&D Beyond to share maps and keep track of stats.

In recent years, the sale of new player handbooks and starter sets have been a large portion of the D&D brand’s growth. That accelerated in 2020. Box sets and the company’s Essentials Kit, which contain everything players need to start an adventure, had record sales last year, Cocks said.

“That means new players are coming in and adopting the game,” he explained.

Adventure books, which offer guidance to dungeon masters about how to run a campaign, and core rule books, which help players create their characters and understand how to play, also had record-breaking sales.

A screenshot of Dungeons & Dragons gameplay on Roll20.

And Wizards of the Coast isn’t the only company benefiting from renewed interest in the nearly five-decade old game.

“We have seen a substantial increase in interest in table-top gaming overall in the last year due to the pandemic and people having more time to play games,” said Dan Leeder, vice president of operations at Noble Knight Games, a hobby shop in Fitchburg, Wisconsin.

Leeder noted that D&D book sales were up about 30% during the year and sales of dice, miniatures, terrain and other accessories for the game also increased.

Bryan LeBlanc, manager of The Battle Standard, a hobby shop in East Windsor, Connecticut, said sales of D&D and other board games have skyrocketed in the last year, prompting him to double his selection.

“A lot of the parents that are coming in to pick up the game are returning players that have taken a bit of time away to have their families and focus on the responsibilities of their lives but are using the downtime created by the pandemic to introduce their kids or spouse to the game,” he said.

Wizards of the Coast has become such a key part of Hasbro’s overall business that it is being reported separately in the company’s earnings reports. In February, Hasbro reorganized into three divisions: consumer products, entertainment and Wizards of the Coast and digital gaming.

In addition to strong D&D sales, Wizards of the Coast also boasted 23% growth in its Magic: The Gathering business, a record, and a 17% bump in its digital gaming licensing revenue during 2020.

Davyd Atkins rolls digital dice on his D&D Beyond character sheet, accesses a map via his digital book from the D&D marketplace and uses the platform’s Discord extension to play Dungeons & Dragons.

“I think we got our first real view of the financial contribution of Wizards when they resegmented the business,” said Stephanie Wissink, managing director at Jefferies. “Boy was that eye opening and I think in the best regards. I think there was always this view that there was a hidden gem inside of Hasbro and no one really knew how to think about the size of the contribution level.”

Hasbro has been investing heavily in the Wizards brand, seeking to double the size of the division over the five-year period between 2018 and 2023. During an investor presentation in February, the company the plan is on track.

The investments have largely focused on the digital gaming side of Wizards’ business. The division has seen steady growth in online players for its Magic: The Gathering Arena game and hopes to develop similar platforms for D&D. Additionally, “Baldur’s Gate III” and “Dark Alliance” are D&D video games arriving this year. The brand has a number of other titles planned for launch before 2027, Cocks said.

Wissink thinks it’s a wise investment because it’s been highly profitable to date.

“The more dollars being directed to that piece of the business, the faster that piece can grow, the more valuable the enterprise becomes,” she said.

By comparison, its consumer products division, which includes its toy and games, had an operating profit of $308 million, with an 8% margin.

“Now that doesn’t mean that you can suck away from the muscle of your business,” she added. “Because that is still powering much of the cash flow of the business model, but it does help put a new perspective on why [Hasbro is] investing where they are investing.”

As lockdowns lift, there are more D&D players than ever before, which bodes well for the brand. The new players may become even more engaged when they can gather together again around a single tabletop.

New adventure books and content are planned, with the goal of increasing the cadence of releases to capitalize on recent growth, said Cocks.

“We will push the envelope on where we take things,” he said. 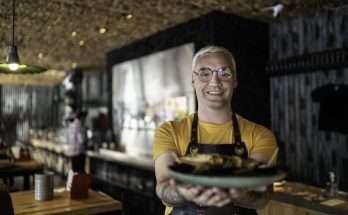 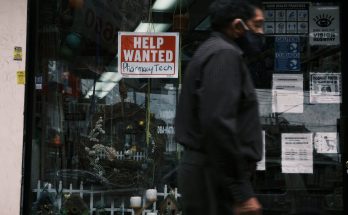 States will start cutting off federal unemployment benefits this week. Here’s a map of where (and how soon) aid is ending 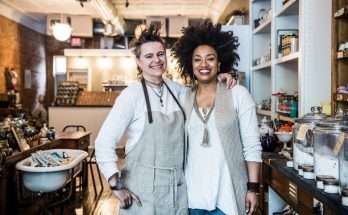