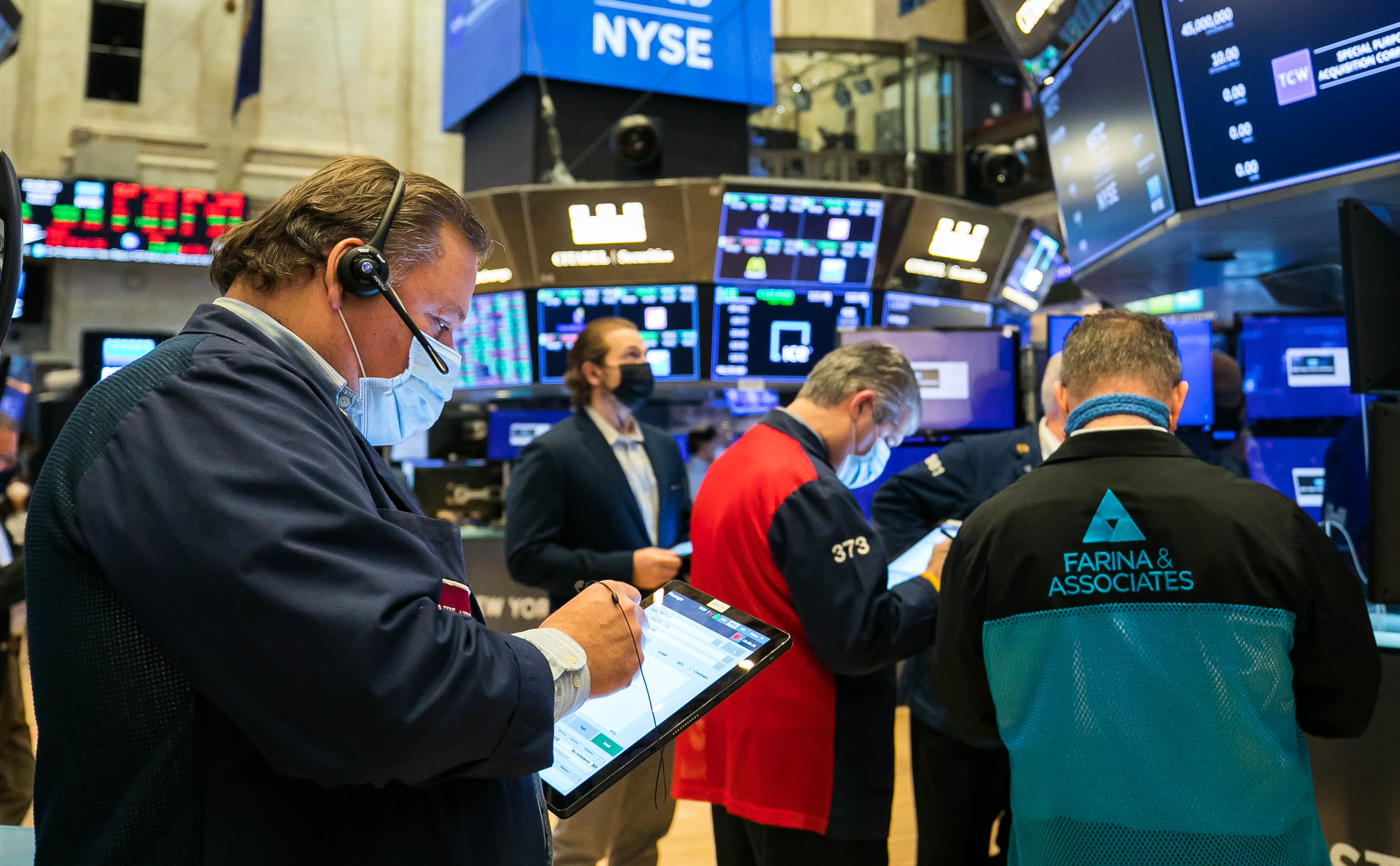 U.S. stock index futures declined during overnight trading on Monday, after the Dow and S&P closed at record highs amid optimism over the economic reopening.

The S&P 500, meanwhile, gained 0.64% for its fifth straight positive session. The benchmark index hit its 16th intraday high of the year, and 13th record closing high.

The Nasdaq Composite was the relative outperformer on Monday, gaining 1.05% and clawing back some of its recent losses.

“The distribution of COVID-19 vaccines is bringing us closer to a fully reopened economy and is likely the most important factor in assessing economic growth prospects for 2021,” noted strategists at LPL Financial. “We expect interest rates to fade as a threat to markets,” the firm added.

The 10-year Treasury yield was trading around 1.6% on Monday, after hitting its highest level in more than a year on Friday. The recent jump in bond yields has prompted a rotation out of growth names, as the companies’ future cash flows begin to look less attractive relative to other assets.

“After a roughly 14-year outperformance cycle, growth’s dominance relative to value peaked in the fall of 2020,” said Keith Lerner, chief market strategist at Truist. “We still see more upside in value relative to growth over the next 12 months given value’s dramatic longer-term underperformance as well as the U.S. economy being on the cusp of the best growth in more than 35 years.”

On Tuesday Lennar and CrowdStrike are among the companies set to report earnings. February retail sales data is also set to be released, in addition to builder sentiment data from the National Association of Home Builders.

Meanwhile, the Federal Reserve will kick off its two-day meeting on Tuesday, followed by a statement and briefing from Chairman Jerome Powell on Wednesday.