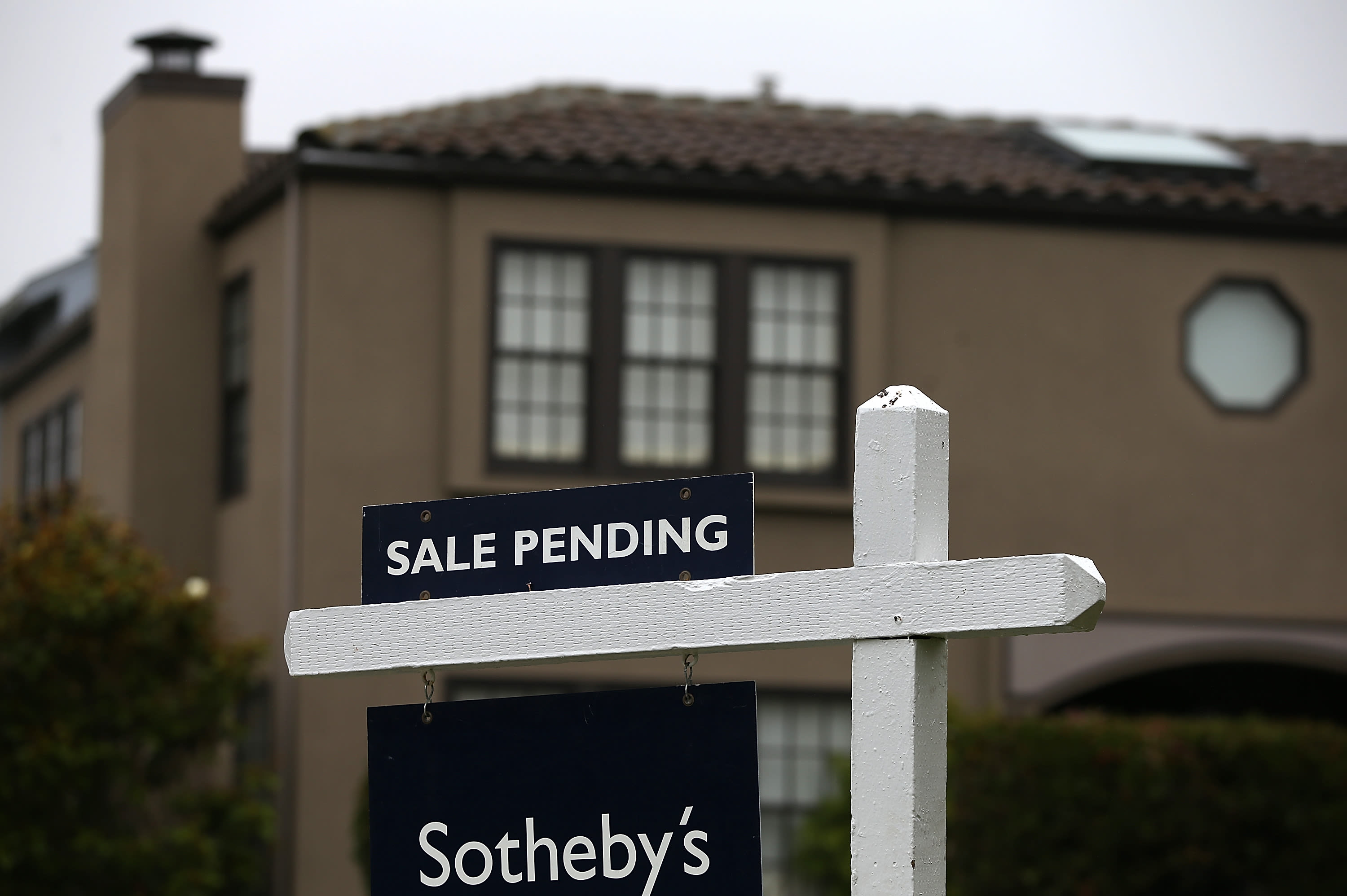 A sale pending sign is posted in front of a home for sale on July 17, 2014 in San Francisco, California.

The U.S. housing market is suffering from its lowest supply in history, and that is taking an increasingly hard toll on sales.

Pending home sales, a measure of signed contracts on existing homes, fell a wider-than-expected 10.6% in February compared with January, according to the National Association of Realtors. Sales were 0.5% lower year over year.

“The demand for a home purchase is widespread, multiple offers are prevalent, and days-on-market are swift,” said the Realtor’s chief economist, Lawrence Yun. “But contracts are not clicking due to record-low inventory.”

There were just 1.03 million homes for sale at the end of February, a 29.5% drop compared with February 2020. That is the largest annual decline ever and the lowest supply on record.

Sales are now varying dramatically by price point because supply is so lean on the low end and more plentiful on the higher end.

“Potential buyers may have to enlarge their geographic search areas, given the current tight market,” Yun said. “If there were a larger pool of inventory to select from – ideally a five- or a six-month supply – then more buyers would be able to purchase properties at an affordable price.”

A recent rise in mortgage rates does not appear to be affecting homebuyer demand that much. The average rate on the popular 30-year fixed loan started the year below 3% and is now at 3.45%, according to Mortgage News Daily. That is still low, historically speaking.

Home prices, however, are climbing quickly. They are up more than 11% from a year ago, according to the latest S&P CoreLogic Case-Shiller home price index. The price increases are strongest at the lower end of the market, where supply is weakest and bidding wars are rampant.

Regionally, pending home sales in the Northeast fell 9.2% month to month and were 3.9% lower year over year. In the Midwest sales fell 9.5% for the month and were down 6.1% from February 2020.