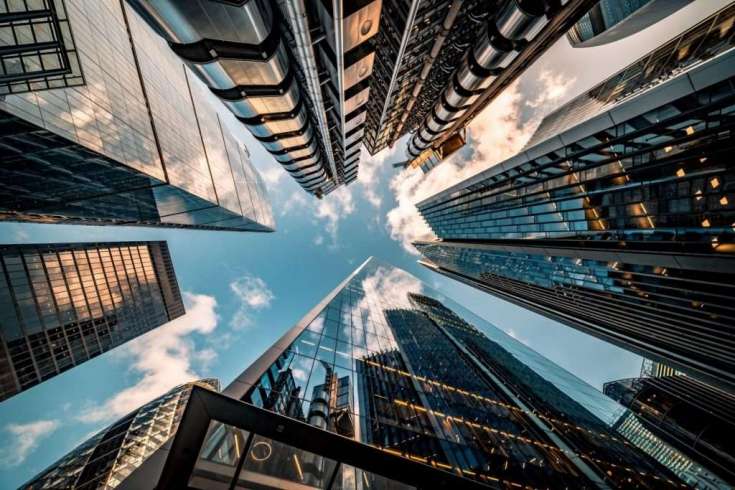 Despite a breakthrough last month, London-based bankers are nervously waiting for Britain and Brussels to agree on a post-Brexit relationship for their financial services industries.

The U.K. and the EU agreed to continue talks and co-operation on financial services on March 26. In a short statement, the U.K. and the EU announced they had concluded technical negotiations regarding a “memorandum of understanding” for the industry, creating a framework for “voluntary regulatory cooperation.”

The document was widely anticipated to be released before the end of March and still needs formal sign off, a matter which “can be done expeditiously” as per the released text.

But despite this, bankers who have spoken to CNBC feel the industry has continually been neglected throughout Brexit talks and they’re not confident the agreement changes the outlook, especially as regulatory cooperation will be voluntary and not binding on the EU.

The U.K. Treasury did not respond this specifically, but directed CNBC to its statement regarding the memorandum of understanding.

New ideas about urban air mobility could one day transform the way people travel between cities.

Financial services make up 7% of the U.K.’s total output, and 10% of government tax receipts, but the industry was not a part of the “zero tariff-zero quota deal” concluded on Dec. 24, as the matter was being negotiated separately.

The EU so far has not committed to binding regulatory equivalence — where British regulation is deemed to be equivalent to their own — with each country having to resort to its own decisions: Italy has kept the equivalence for example, while the Netherlands has withdrawn it.

The absence of a deal meant that as of Jan. 1, U.K. central counterparties were required to have recognition by the European regulatory body to continue facilitating billions of euros of trades in over-the-counter financial derivatives for EU banks. There has been a slight reprieve in that EU banks have been given 18 months to reduce their exposure to these British clearing houses, with a time-limited permission set to expire in June 2022. Earlier this month, the U.K. regulator also renewed its commitment to allow U.K.-based banks the ability to trade these derivatives on European platforms.

But, due to the timestamp, it has put European banks with U.K. branches in an uncompetitive position and has already made a significant dent in trading volumes. IHS Markit released data in February showing that the U.K.’s share of euro swaps (a type of financial derivative) trading has fallen from 40% in July 2020 to 10% in January 2021.

Amsterdam also overtook London as the largest trading center in Europe for cash equities in January, a move that CBOE Europe told CNBC was “unprecedented” and likely permanent.

All this has meant that London-domiciled banks have had to make personnel moves to guarantee continued trading access. The Bank of England Governor Andrew Bailey in January said that so far around 7,000 jobs have moved due to Brexit, less than feared but there may be further knock-on effects.

Goldman Sachs had already started moving bankers to regional offices in the last few years, expanding teams in Milan, Madrid, Amsterdam and Stockholm. Since Brexit, re-location moves to Frankfurt and Paris have accelerated. A source at the bank, who preferred to remain anonymous as they were not authorized to speak publicly, said that several hundred employees had moved, and that the bank has taken out new licenses and real estate, and well as beefed up execution capabilities. They have also expanded the Dublin office for asset management.

European banks with London branches such as Deutsche Bank have also moved personnel to the continent, totaling the low hundreds, including those covering EU clients. The bulk of the re-location has been to Frankfurt, the bank’s main headquarters.

Barclays have talked of “minimal” impact to staffing on the continent. Sources have told CNBC that the figure is also likely to be in the low hundreds, with the main relocation cities being Paris and Dublin, where Barclays has established a headquarters for its Europe entity.

The Goldman Sachs banker told CNBC that “what politicians are missing is that it’s not about the couple of hundred bankers who have been moved … but rather that the revenue associated with those employees will get booked and taxed in Europe, not to mention all the other personal taxes and consumption that goes on top of that.”

“Politicians protected the fish, but sold us bankers down the river,” they added, referencing the fishing quotas that were agreed for the Dec. 24 Brexit deal.

Another Barclays banker, who also spoke on condition of anonymity as they were not authorized to speak publicly, told CNBC that it is important to distinguish between the short term and the long term impacts of Brexit.

“In the short term, it’s pretty clear that Europe will try to drive as many jobs out of the U.K. into Europe (they are mainly after high-paid jobs). Moving clearing and the whole financial infrastructure will be more difficult. Longer term, the key question will be ‘where is your European center and what entity do you use to book everything, the U.K. or the European one?’.”

The source added that “if U.S. banks decide to not use the U.K. entity anymore, that will mean more job moves in (the) middle and back office. Eventually you will see London and Paris as competing hubs in financial services.”

One other concern expressed by another banker at Morgan Stanley, who also spoke to CNBC on condition of anonymity, is that ‘while a lot of temporary equivalence decisions have been granted, there is no guarantee of extension. More people will therefore be expected to move over the coming months and years.”

Many professionals in the U.K. capital are not optimistic that the memorandum of understanding can reverse both the trading and personnel moves toward the continent. The flow has been one way.