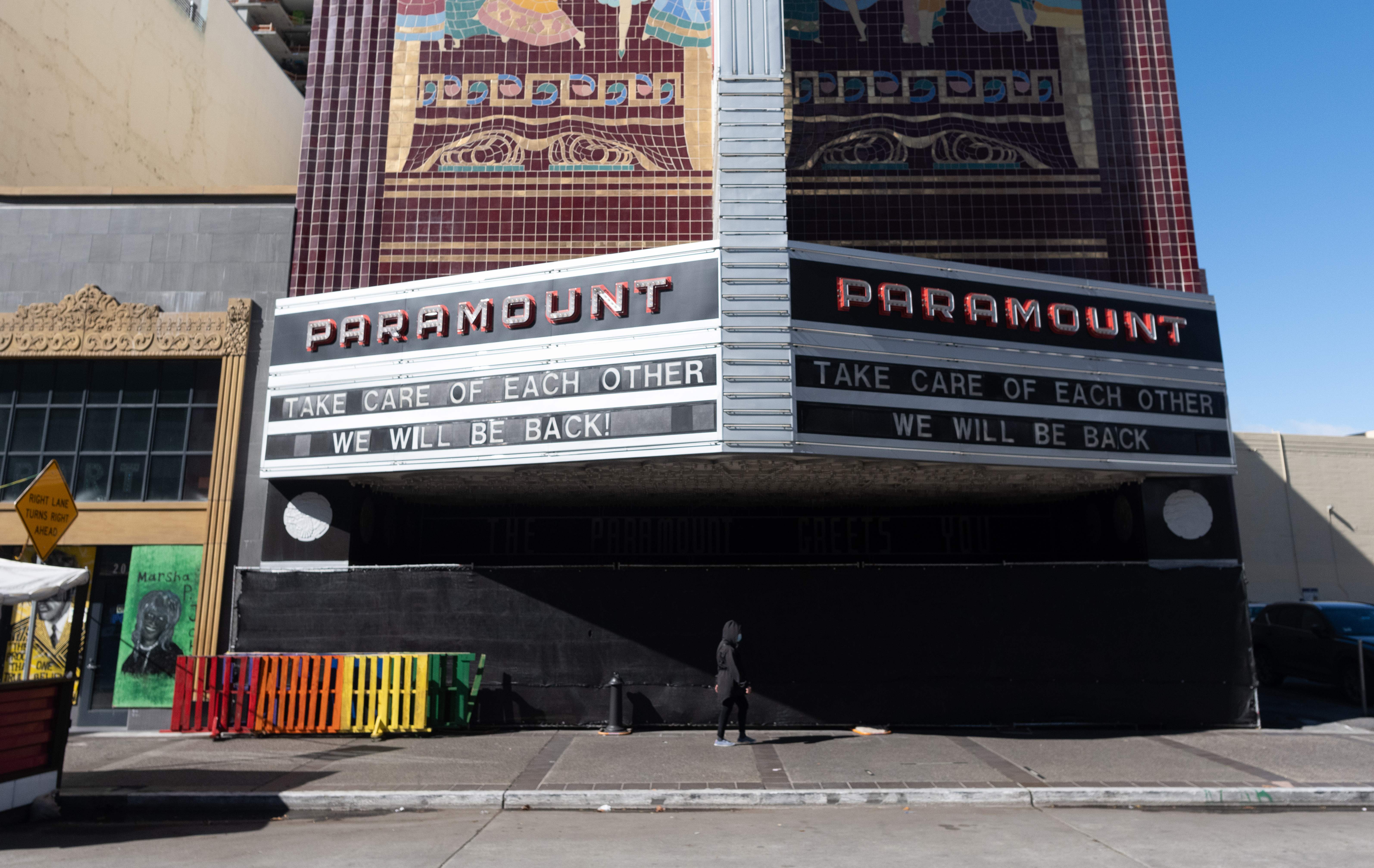 A person walks under a marquis for a closed down Paramount theater in Oakland, Calif. on Feb. 12, 2021.

It’s been a year since unemployment claims peaked at nosebleed levels and signaled the depth and severity of the Covid downturn.

Yet claims for unemployment benefits persist at rates that would be considered high by the standards of past recessions, according to labor economists.

“They are still a weekly reminder of how severe this crisis has been and how deep the economic damage continues to be,” said Daniel Zhao, a senior economist at Glassdoor, a job and recruiting site.

New claims for state benefits were about 741,000 last week through April 3, the Labor Department said Thursday. (The data don’t include an adjustment for seasonal factors.)

That’s 18,000 above the prior week and the second consecutive week claims have risen.

By comparison, almost 6.2 million Americans filed an initial claim for unemployment benefits during the same week last year, according to the labor agency.

Never before had the country seen that deluge of claims in such a compressed time frame.

Initial claims had hovered around 200,000 a week before mid-March 2020, when officials began issuing lockdown and stay-at-home orders to curb the coronavirus outbreak.

“What you’re dealing with is a whole different magnitude of initial claims,” said Stephen Wandner, a senior fellow at the National Academy of Social Insurance and a former Labor Department actuary. “A year in, we’re nothing like 6 million but we’re also not near a recovery.”

Prior to the pandemic, the peak was just shy of 700,000, set in October 1982, when controlling for seasonal factors like holiday and winter layoffs.

The Labor Department changed its seasonal methodology during the pandemic, making comparisons to past recessions more difficult. But it’s clear the numbers are high by historical standards, according to labor economists.

“The numbers are still extraordinary,” Wandner said. “The highest previous number was about 700,000 and that’s over every recession in the post-World War II period.”

There were another 152,000 people who filed a new claim last week for Pandemic Unemployment Assistance, a federal program for the self-employed, gig workers and others created by the CARES Act.

The nation’s economy isn’t yet fully open nor is the pandemic vanquished.

Claims have remained stubbornly high even as an economic rebound seems to be gaining steam.

The U.S. added 916,000 jobs in March and the national unemployment rate fell to 6%, according to the Bureau of Labor Statistics, which issued its monthly jobs report Friday.

Claims data were a strong leading indicator early in the pandemic of the coming pain. But they’re more administrative than economic in nature, since they may be influenced by continued high levels of fraud and states’ relative abilities to process applications, for example, he added.

“I would say it’s slightly concerning but I’m not pulling the fire alarm,” he said of the weekly jobless claims figures.

The dynamic points to continued volatility in the labor market, as people continue to cycle in and out of work and get laid off, economists said.

The numbers will likely improve as vaccinations continue and business restrictions continue to lift across the country, economists said. But some industries may not be so quick to recover.

Business travel, for example, will likely not rebound right away — a dynamic likely to impact hotels and other sectors that rely on such travelers, Wandner said.

Overall, there are 8.4 million fewer jobs available than before the pandemic, according to the Bureau of Labor Statistics. Leisure and hospitality jobs account for more than a third of that hole.

“The nation’s economy isn’t yet fully open nor is the pandemic vanquished,” said Mark Hamrick, a senior economic analyst at Bankrate.

“Our expectation is they should drop,” Zhao said of people seeking unemployment benefits. “But we also expected them to drop for quite some time now and haven’t seen the improvement we’d expect.”