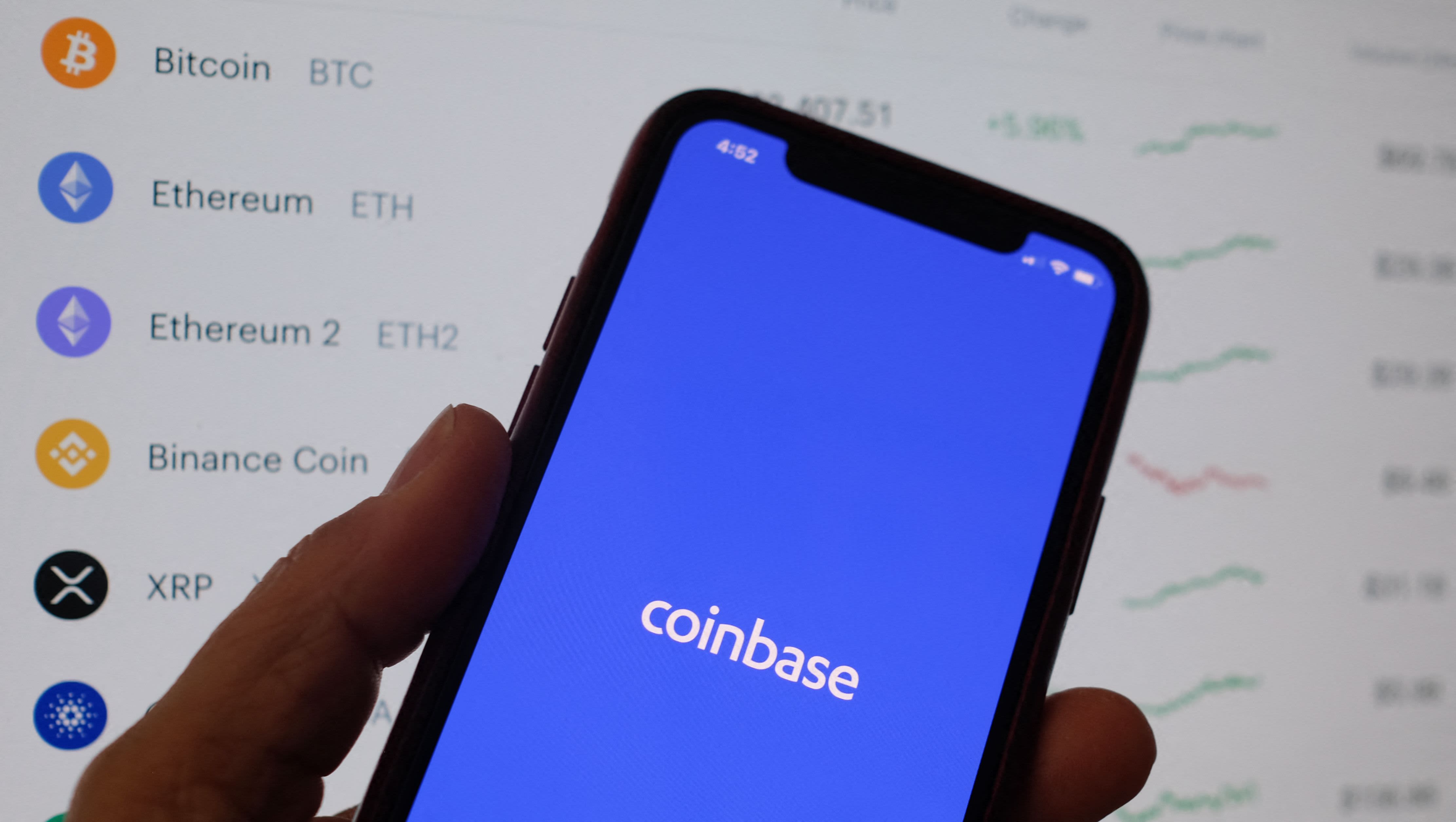 The Coinbase logo shown on a smartphone.

The world’s most valuable digital coin rallied to an all-time high of $64,841 Wednesday morning, according to data from Coin Metrics. The price of ether, the second-biggest token by market value, briefly touched the $2,400 level for the first time ever.

Coinbase is the largest cryptocurrency company to go public. It’s the world’s second-largest digital asset exchange by trading volume, according to CoinMarketCap, and has been credited with bringing crypto into the mainstream with its easy-to-use app. The company posted an estimated $1.8 billion of revenue in the first quarter of 2021 as the value of bitcoin and other tokens skyrocketed.

The firm’s listing has led to renewed excitement in the crypto market, with some investors labeling it as a “watershed” moment for the industry. Analysts say the Coinbase debut shows crypto has matured a great deal in the last two to three years — but it’s still in its infancy and remains clouded by price volatility and regulatory uncertainty.

Bitcoin’s comeback — it has more than doubled in price in 2021 — has been marked by big bets from mainstream investors, with Tesla investing $1.5 billion in the token earlier this year and Wall Street giants like Goldman Sachs and Morgan Stanley looking to offer their wealthy clients some exposure to crypto.

Bitcoin bulls see it as a kind of “digital gold” that is uncorrelated with other assets and can serve as a hedge against rising inflation. However, skeptics say the digital asset is still highly speculative and view it as one of the biggest market bubbles in history.