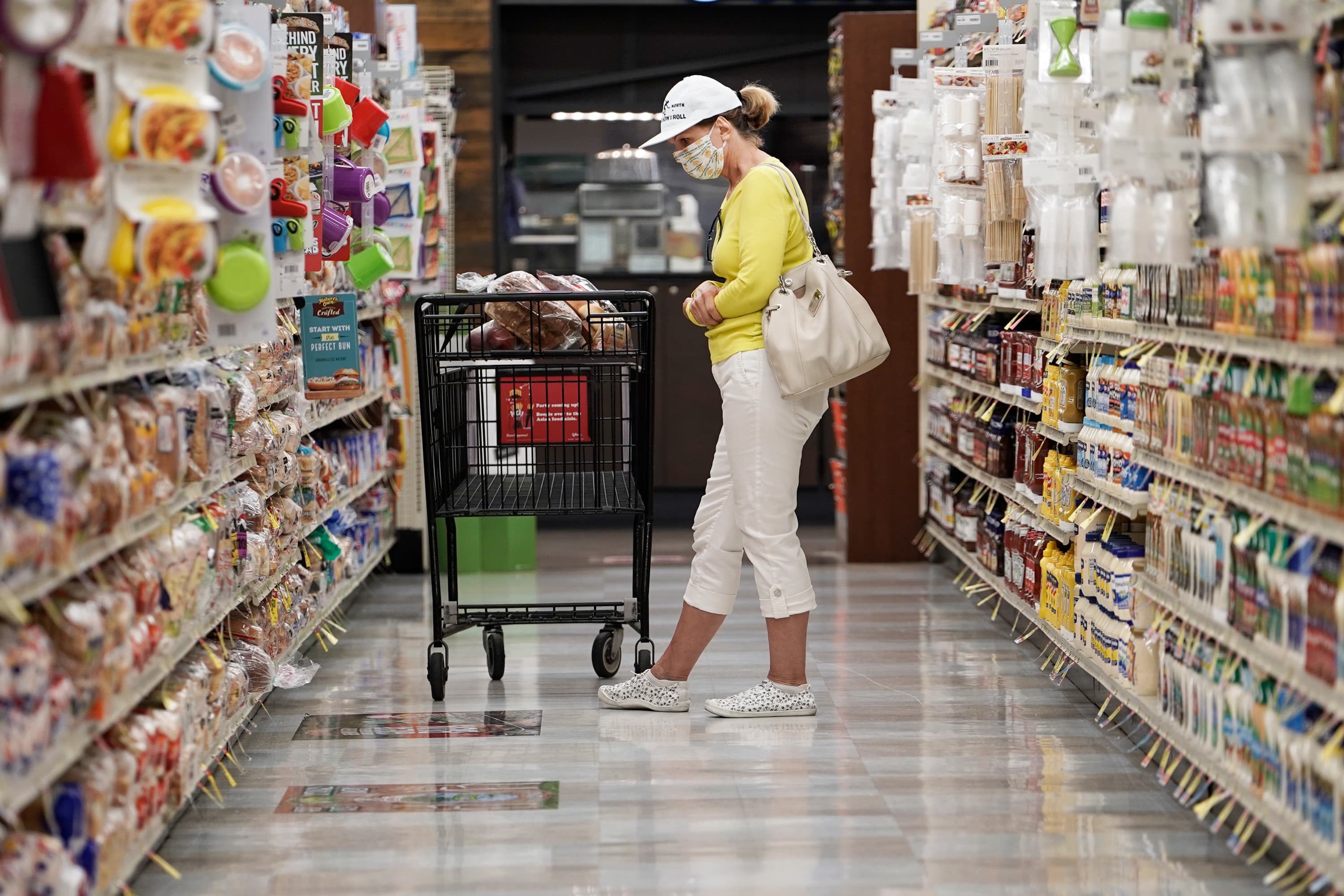 Albertsons (ACI) – The grocery store operator came in 9 cents a share ahead of consensus, with quarterly profit of 60 cents per share. Revenue also beat estimates. Albertsons predicted comparable sales for the current fiscal year falling between 6% and 7.5%. The stock was down 1.5% in premarket trading.

Otis Worldwide (OTIS) – The maker of elevators and escalators beat estimates by 9 cents a share, with quarterly earnings of 72 cents per share. Revenue came in above forecasts as well. Otis also raised its full-year forecast as organic sales continue to improve. Its stock jumped 5.2% in the premarket.

Johnson & Johnson (JNJ) – States began administering Johnson & Johnson’s Covid-19 vaccine over the weekend after federal regulators recommended that a pause be lifted. Separately, J&J is reviving plans to sell its Mentor Worldwide breast implant unit, according to a Bloomberg report. Those plans were put on hold last year due to the pandemic.

Apple (AAPL) – Apple announced plans to invest $430 billion to expand its U.S. footprint and create 20,000 new jobs across the country over the next five years. It will invest in a variety of areas including semiconductors and 5G technology.

Philips (PHG) – Philips lifted its full-year forecast after the Dutch health equipment maker reported better-than-expected profit and revenue for its latest quarter. Philips also said it expected growth in its Connected Care unit to slow this year, and put aside 250 million euros for possible risks related to its respiratory care devices. Its stock slid 3.7% in premarket trading.

Sinclair Broadcast (SBGI) – Sinclair is evaluating proposals for reworking the debt of its regional sports network unit, according to a Bloomberg report. The TV station operator is also said to be in talks with two sports betting companies for marketing partnerships, similar to the deal it struck last year with Bally’s (BALY).

Coinbase (COIN) – Coinbase shares jumped 4.3% in premarket trading, with the cryptocurrency exchange’s shares moving in conjunction with a rebound in the price of bitcoin this morning.

Etsy (ETSY) – The online crafts marketplace was downgraded to “sector weight” from “overweight” at KeyBanc Capital Markets, even though KeyBanc praises Etsy’s long-term growth prospects. It said, however, that there is a lower near-term likelihood of positive earnings revisions. Etsy fell 1.7% in the premarket.

Discover Financial (DFS) – The financial services company’s stock rose 1.6% in premarket action after Bank of America Securities upgraded it to “buy” from “neutral.” The firm points to strong fundamentals which it thinks are being obscured in part by potentially higher operating expenses and uncertain prospects for loan growth.