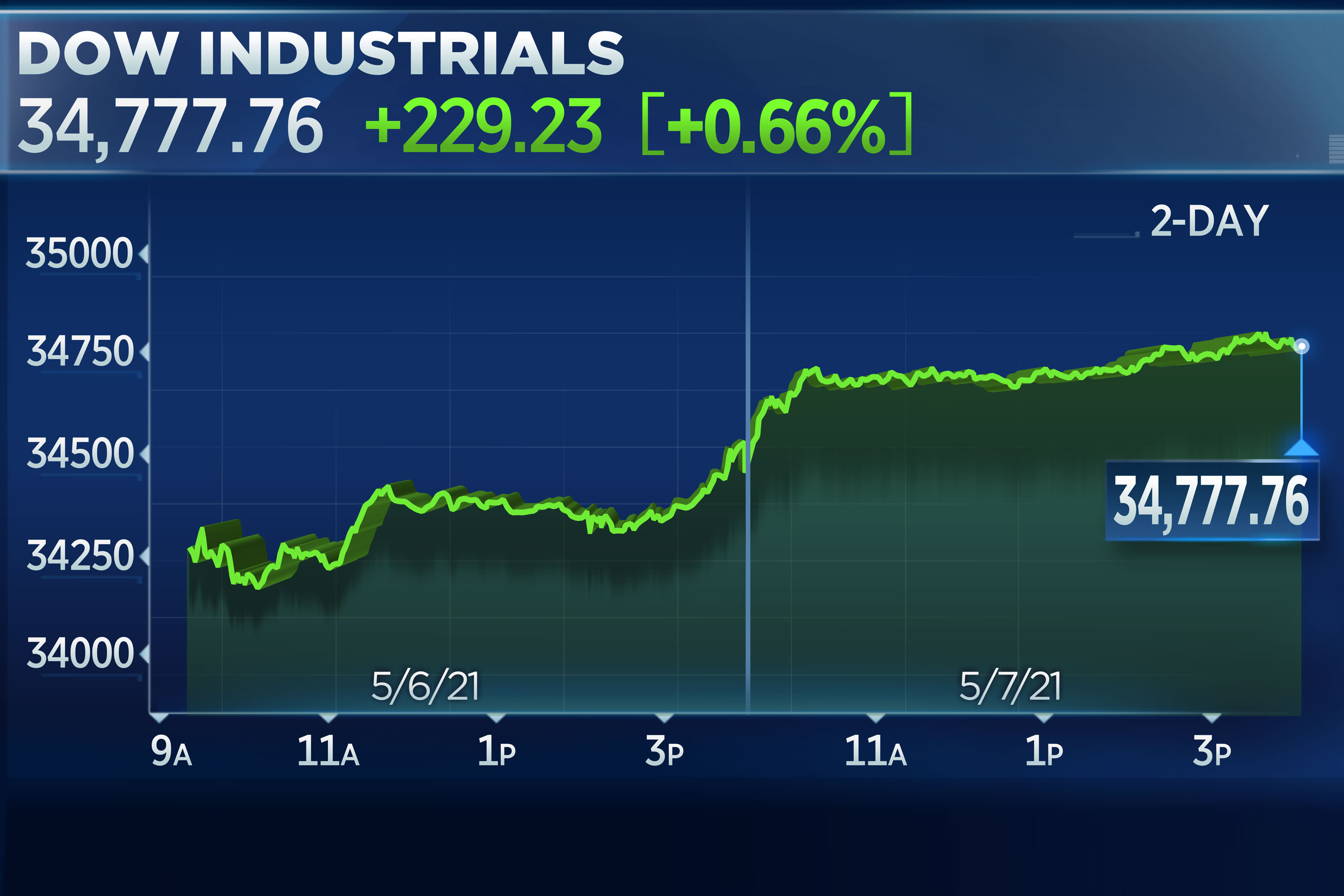 U.S. stocks jumped to record levels on Friday even after a disappointing April jobs report as the weak number made investors believe easy monetary policies that powered the market’s historic rebound will stay in place for longer. Some investors also dismissed the report as a one-time blip that doesn’t signal any slowdown in the economic recovery.

The Labor Department said nonfarm payrolls increased by just 266,000 in April, far less than the 1 million total economists were expecting, according to Dow Jones. The unemployment rate rose to 6.1% last month amid an escalating shortage of available workers, higher than an expectation of 5.8%. Meanwhile, March’s originally estimated total of 916,000 was revised down to 770,000.

Investors bet that the big jobs miss could keep the easy policies of the Federal Reserve in place, including record low interest rates and a massive bond-buying program. Tech stocks, which have been winning under the low-rates regime during the pandemic, outperformed after the data release. Microsoft and Tesla both rose more than 1%, while Netflix, Alphabet and Apple all registered gains. Higher rates tend to hit growth stocks the most since they reduce the value of their future earnings.

“The Fed will feel some vindication in their hesitancy to embrace tapering,” Adam Crisafulli, founder of Vital Knowledge, said in a note following the jobs report Friday.

Bank of America research warned as recently as Friday that strong economic data could hit stocks, especially tech shares, if it caused the central bank to dial back on its easy monetary policies.

There were also some investors who believe that April’s jobs number was not exactly what it seems.

“It was a huge surprise,” Goldman Sachs chief economist Jan Hatzius said on CNBC’s “Squawk on the Street.” “I think that you always have to take every data release with a grain of salt and this one I think you may have to take with a rock of salt,” he said, citing seasonal adjustments as a potential source of error.

Still, the disappointing jobs number poured cold water on many economists who estimated a sharp rebound in job growth. Goldman Sachs economists expected a total of 1.3 million jobs to have been added in April.

Some economists are forecasting double-digit growth in the current quarter after gross domestic product rose at a 6.4% annualized pace in the first quarter and more weak data could put those forecasts at risk.

“It was a disappointing read on job creation and brings into question the assumption that Q2 is going to carry-forward the positive momentum established at the beginning of the year,” Ian Lyngen, head of U.S. rates at BMO, said in a note.

Shares of Roku rallied more than 11% after the streaming company blew past expectations with its first-quarter results. Roku posted adjusted earnings of 54 cents​​ per share, compared to an estimated loss of 13 cents per share, according to Refinitiv. Revenue rose 79% from a year ago and exceeded expectations.