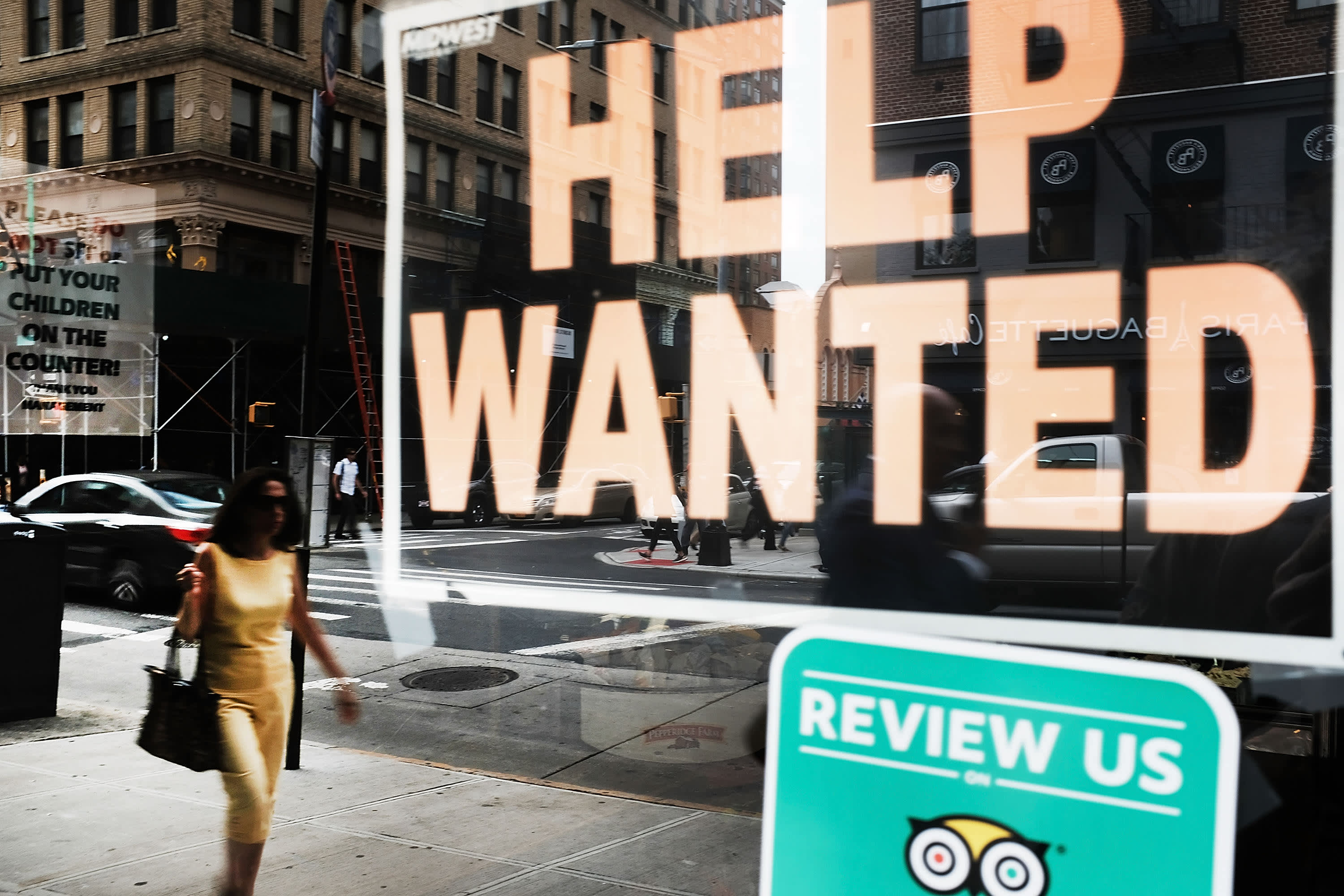 A help wanted sign is displayed in the window of a Brooklyn business in New York.

Job openings popped to a record high in March as employers struggled to find workers to fill those positions, the Labor Department reported Tuesday.

The total number of employment opportunities set a new standard for the Job Openings and Labor Turnover Survey, which goes back to December 2000.

The report comes amid growing concerns about employers being able to find enough workers to fill openings, which in turn could make the economic recovery slower than anticipated.

The JOLTS report, combined with other recent indicators, show that “labor shortages are widespread, pushing up prices and potentially acting as a brake on the recovery,” wrote Michael Pearce, senior U.S. economist at Capital Economics.

In a recent note, Goldman Sachs economists noted that “labor supply appears to be tighter than the unemployment rate suggests, likely reflecting the impact of unusually generous unemployment benefits and lingering virus-related impediments to working.”

That explosion in vacancies came during a month when nonfarm payrolls expanded by 770,000. However, the pace did not keep up, as April saw just 266,000 positions added against expectations for 1 million. The JOLTS numbers run a month behind the nonfarm payrolls count.

For March, opportunities expanded sharply in government jobs, with openings jumping to 833,000, a 26.6% increase from February. Retail also saw a sizeable gain while education and health services had a decline.

The total openings rate as a share of the labor force rose to 5.3% from 5%. Arts, entertainment and recreation saw the highest openings rate percentage wise, rising to 10.7% from 7.2% the month before.

Quits, or voluntary exits from jobs, were little changed at 2.4%. The quits rate is seen as a proxy for worker confidence.