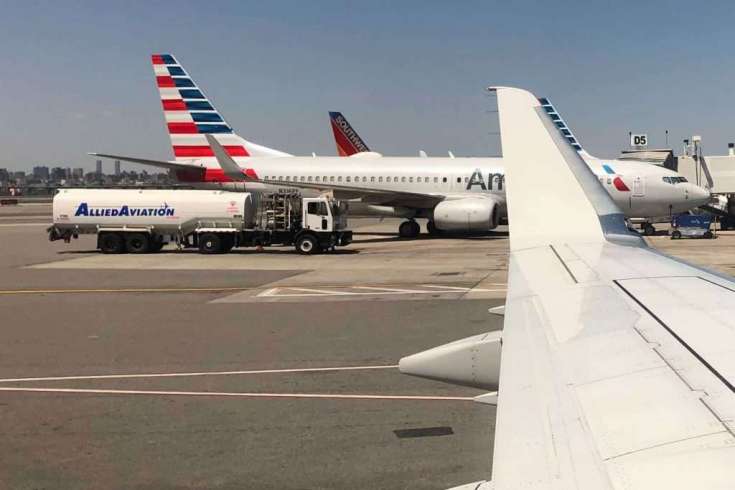 Colonial Pipeline said it resumed operations around 5 p.m. but that the system would not be fully functional immediately.

The premium on jet fuel prices in New York Harbor was nearly $1.87 a gallon on Tuesday, close to 9 cents more than the U.S. Gulf Coast price, the largest premium since February 2020 and almost 40% more than a week ago, according to S&P Global Platts.

Several airlines, including Delta Air Lines, United Airlines and JetBlue Airways, said their operations haven’t been affected. Two airlines, however, have made adjustments. American Airlines added temporary refueling stops this week until Thursday to two long-haul flights out of Charlotte, North Carolina. Southwest Airlines is flying planes with extra fuel into Nashville International Airport and others, a measure known as tankering that carriers turn to during times of supply shortages, such as after hurricanes.

Airlines and airports this week said they were looking at alternative methods of obtaining fuel beyond the Colonial Pipeline, the country’s largest refined fuel products pipeline. The company shut down all pipeline operations after it was hit by a cybersecurity attack involving ransomware on Friday.

“Since notification of the pipeline’s temporary shutdown, BWI Thurgood Marshall Airport has worked with airline partners and fueling companies to put alternate fueling measures in place,” a spokesman for the Baltimore airport told CNBC. “We continue to monitor the situation, and will adjust plans as needed until the pipeline is back online.”

The Port Authority of New York and New Jersey, which oversees the major airports serving the New York City area, said it is “not experiencing any immediate impacts from the Colonial Pipeline shutdown.”

“We are continuing to closely monitor the situation and remain in regular contact with gasoline and diesel fuel suppliers for the Port Authority vehicle fleet and with the airlines and other airport stakeholders about jet fuel supply,” a spokeswoman said.

Jet fuel for the Gulf Coast, an industry benchmark, on Tuesday hit $1.78 a gallon, the highest since January 2020. Prices have climbed by 33% this year as more customers return to air travel. The higher prices for fuel, generally airlines’ largest cost after labor, comes just as more customers are expected to fly during the peak summer travel months.